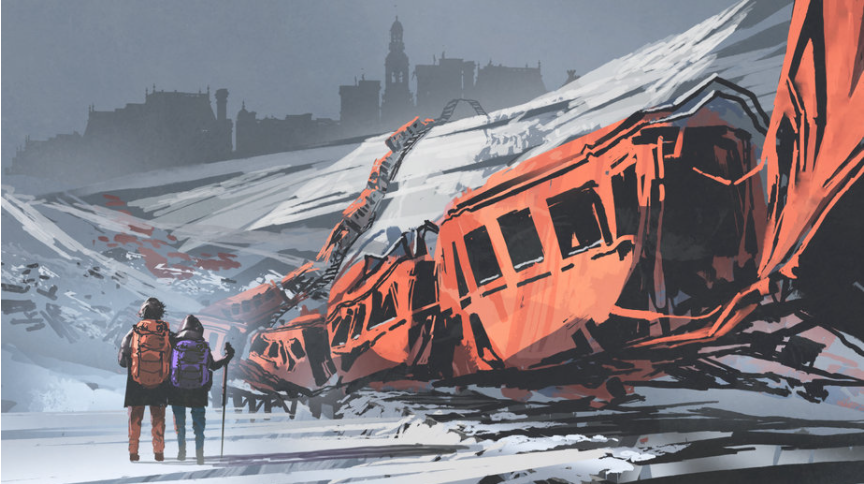 European governments are just beginning to scramble in response to the huge energy price increases hitting their voters. Confusion is the predictable result as the fear curve sharply rises.

Well most are scrambling, while a few are actually making big money on it. That would be the ones that produce gas and oil, especially Norway and Russia. They are getting rich.

In Britain it is all about tax cuts at this point. These stand to cost the government big bucks, passing the burden on to the taxpayers, who are the same people facing big energy bills, more or less. It does however shift some of the burden away from the freezing poor, which is a good thing.

At least four taxes are on the table, possibly more. Three of these actually fit the crime. These are the so-called “green levies” that come with energy bills. They go to subsidize various green schemes, including the hugely expensive offshore wind projects that caused the energy crisis in the first place.

The problem here is that the government, that is the taxpayer, still has to make the enormous subsidy payments that are under contract. Maybe as this energy mess unfolds they will consider at least eliminating new contracts with the subsidy farms. The present plan is to literally ring Great Britain with gigantic offshore wind towers. Maybe not.

In fact the greens argue that the present energy crisis was caused by not having enough wind generators. This argument carefully ignores the fact that high pressure systems causing dangerously little power to be produced are often bigger than Britain. Adding towers when the wind is not blowing is just blowing money.

The other big tax up for grabs is the ironically named VAT, as in a big pot where your money goes. It stands for “value-added tax” which is basically a sales tax. In the UK it runs 5% on energy, so it goes up with the price.

The irony here is that when Prime Minister Johnson was campaigning for Brexit (which is why he ultimately got elected) he promised to eliminate the VAT altogether. Now he is resisting the idea, even just for energy, because the VAT brings in a pot full of money.

Time will tell on these taxes and the tale will likely be very interesting. At the moment there is just a lot of shouting in Parliament. That is the British way, after all.

The French do it differently, as usual. President Macron faces an election in just three months so unlike Johnson he is moving quickly. He simply ordered the big electric power utility — EDF — to lower their bills. EDF stands for Électricité de France, which loosely translates to French Electricity. Now that is plain language.

EDF is in principle a private company so this move is really bad for business. However the French Government owns a whopping 84% of the shares in EDF so they are in charge.

Mind you EDF’s dividends, stock price and credit rating are all taking a big hit. They say that this action will cost them around ten billion dollars and the stock market has already responded. As one report puts it, the value of EDF stock has “plunged”.

Given that the French Government presumably gets most of the dividends this will still be a big loss of income. The grand irony here is that a lot of France’s juice comes from EDF’s 54 nuclear power plants, which have played no role in creating the crisis.

Even worse, EDF is building a big new showcase nuke in Britain, as well as funding a good bit of the project. That project — Hinkley Point C — may well be in jeopardy.

Speaking of nukes, Germany’s new left wing government says is will continue the immediate shutdown of their nuclear power fleet. Their last three nukes are due to be retired this year. This has to magnify their gas shortage and drive prices even higher. In the meantime they are burning more coal, which is a hoot.

The final irony is that wind turbine and solar panel prices are being driven higher by the general price push. Solar panel prices are reported to be up by a whopping 60%. Sales are slumping as projects are cancelled or delayed. That the energy crisis spawned by renewables should hurt that industry is fitting.

As we say out in the country, what goes around, comes around.

Stay tuned to CFACT as this high energy drama unfolds through the winter.