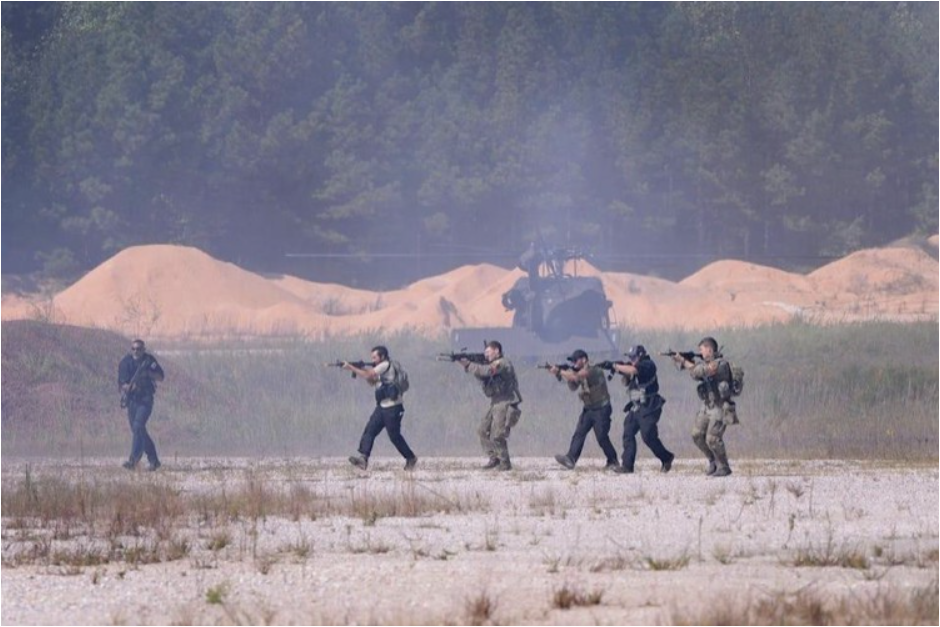 The U.S. Army this month is conducting another round of a regular exercise designed to prepare Special Forces candidates. But is it, in reality, intended to prepare military personnel to crush a homegrown resistance to tyrannical government?

The “guerrilla warfare exercise” in North Carolina trains troops to combat “freedom fighters” in a scenario that resembles a Civil War in America more than a foreign conflict.

The “unconventional warfare exercise” is taking place from January 22 to February 4 on privately owned land in a remote, unknown location.

“Called Robin Sage, the exercise serves as a final test for Special Forces Qualification Course training and it places candidates in a politically unstable country known as Pineland,” the Charlotte Observer reported.

The Army provided the media with information about the exercise to avoid civilians confusing the sounds of the drill with actual terror attacks or warfare, as has happened before.

“It will be realistic enough to include the sounds of gunfire (blanks) and flares,” the center said.

“They could tell these soldiers they’re battling the Chinese, Russians, Iranians, North Koreans or other foreign enemies but instead they have them training to kill ‘freedom fighters’ with ‘Liberty’ flags,” Menahan writes.

“To add realism of the exercise, civilian volunteers throughout the state act as role players. Participation by these volunteers is crucial to the success of this training, and past trainees attest to the realism they add to the exercise,” the Kennedy Special Warfare Center added.

While it should be noted that Robin Sage is not new, but has been around for decades, recent events raise the question: Is the training’s true purpose to prepare troops for the possibility of having to shoot fellow Americans?

Such a dark ulterior motive would go hand-in-hand with the rhetoric currently being used by Democrats, the media, and the executive branch under Joe Biden.

Earlier this month, the Justice Department created a new “specialized unit focused on domestic terrorism” in response to an “elevated” threat from supposed extremists in the U.S.

Assistant Attorney General Matthew Olsen, testifying just days after the nation observed the one-year anniversary of the insurrection at the U.S. Capitol, said the number of FBI investigations into suspected domestic violent extremists has more than doubled since the spring of 2020.

“We have seen a growing threat from those who are motivated by racial animus, as well as those who ascribe to extremist anti-government and anti-authority ideologies,” Olsen said.

The events of January 6, 2021 have been used as grounds to build a powerful narrative under which Republicans, conservatives, and supporters of President Trump are not only “terrorists,” but fascists and authoritarians who intend to destroy “democracy” in America.

The “domestic terrorist” label has even been applied to parents of school-age children who have tried to make their voices heard at school board meetings. As The New American reported, Attorney General Merrick Garland issued a memorandum directing the FBI to collaborate with federal, state, and local law enforcement to probe and potentially prosecute parents for “harassing,” “intimidating,” and “making threats of violence” against school-board members.

The DOJ also encouraged the public to report the “threats” to the FBI’s National Threat Operations Center (NTOC).

There’s another side to the Left’s narrative that Trump supporters, even those who weren’t at the Capitol on January 6, are “insurrectionists.” Democrats hope to use that label to disqualify their political opponents from holding public office on grounds of the 14th Amendment, which reads:

“No person shall … hold any office, civil or military, under the United States, or under any state, who, having previously taken an oath … to support the Constitution of the United States, shall have engaged in insurrection or rebellion against the same.”

If the Left achieves its aims, they’ll not only neuter the right politically, but be empowered to wipe off resistance at gunpoint.