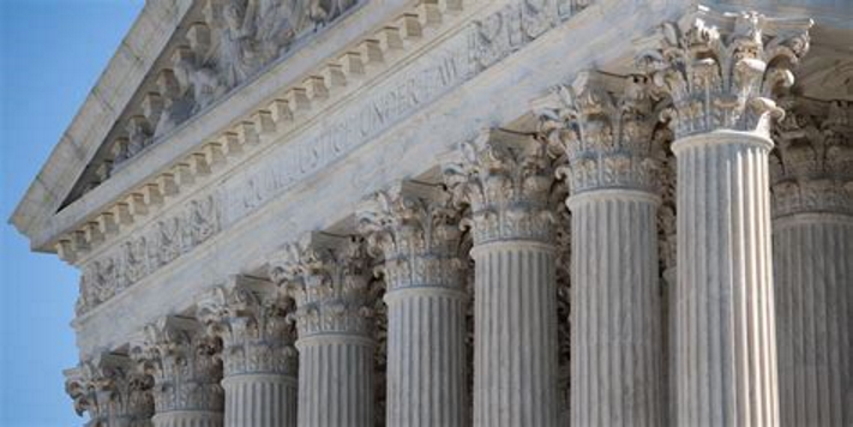 Acting similar to the scene in the “Wizard of Oz”, SCOTUS announced the decision in the case of NATIONAL FEDERATION OF INDEPENDENT BUSINESS, ET AL v. DEPARTMENT OF LABOR, OCCUPATIONAL SAFETY AND HEALTH ADMINISTRATION from behind the curtain. The opinion was written “per curiam”, which is Latin for “by the court”, that is, “an opinion from an appellate court that does not identify any specific judge who may have written the opinion”.

We only know that Justice Gorsuch wrote a concurring opinion with which Justices Thomas and Alito agreed (which basically says they wanted to express themselves also). Justice Breyer wrote a dissenting opinion saying the rest of the Court was wrong, with which Justices Sotomayor and Kagan agreed. The separate opinions may be important in the ultimate decision if they grant a hearing in the case.

First, it is important to point out that this is just temporary. It is a ruling on the stay to determine whether the OSHA rule would go into effect before the final case is heard and ruled upon.

I will include the parts of the opinion I think you should consider to adequately assess the case. I think it is important for you to read the actual language of the judges so you can determine their thinking as judges. Not that you can do anything about it because you did not elect them.

It is important to notice that the actual ruling states:

“Applicants now seek emergency relief from this Court, arguing that OSHA’s mandate exceeds its statutory authority and is otherwise unlawful. Agreeing that applicants are likely to prevail, we grant their applications and stay the rule….”

“Applicants are likely to succeed on the merits of their claim that the Secretary lacked authority to impose the mandate….”

So, the actual holding of the Court in the final paragraph of the opinion states:

“The applications for stays presented to JUSTICE KAVANAUGH and by him referred to the Court are granted.

The remaining thoughts of the opinion quoted here are what we are taught in law school are “dicta”, that is the statements that are not binding in the opinion but are expressions of what the writer thought should be explained.

The “per curiam” writer continues:

“The question, then, is whether the Act plainly authorizes the Secretary’s mandate. It does not. The Act empowers the Secretary to set workplace safety standards, not broad public health measures….” (underlining and bolding is mine to show the writer put that word in italics)

“Although COVID– 19 is a risk that occurs in many workplaces, it is not an occupational hazard in most. COVID–19 can and does spread at home, in schools, during sporting events, and everywhere else that people gather. That kind of universal risk is no different from the day-to-day dangers that all face from crime, air pollution, or any number of communicable diseases. Permitting OSHA to regulate the hazards of daily life—simply because most Americans have jobs and face those same risks while on the clock—would significantly expand OSHA’s regulatory authority without clear congressional authorization….”

The Court expresses this caveat – if the agency would just do its job correctly it could impose such mandatory rules on all workers in a more specific way, saying:

“That is not to say OSHA lacks authority to regulate occupation-specific risks related to COVID–19. Where the virus poses a special danger because of the particular features of an employee’s job or workplace, targeted regulations are plainly permissible….”

As a clue to what may come in the future, the opinion states:

“In our system of government, that is the responsibility of those chosen by the people through democratic processes. Although Congress has indisputably given OSHA the power to regulate occupational dangers, it has not given that agency the power to regulate public health more broadly. Requiring the vaccination of 84 million Americans, selected simply because they work for employers with more than 100 employees, certainly falls in the latter category.”

The end of the opinion states:

What this means is this was only a request to stay the action of the lower court that would have put the policy into effect. A request for certiorari is the method a party uses to have SCOTUS hear the case. It must be granted for the Court to have briefs accepted and arguments to occur before a final opinion is issued. So the question next presented is whether the Court will even hear the case.

For those against mandatory vaccinations, the battle is not yet over. So watch for the final case opinion to further delineate what the powers of the agency might be in terms of the effect it will have on your working lives! Once again, because of the absence of Congress doing its job, we are at the mercy of SCOTUS, nine and sometimes only five lawyers determining our future.

This is like a marriage – we have a relationship with our governments including the federal government. The statement of the one marrying the couple in the wedding ceremony is particularly pertinent to our situation relative to governmental action and our involvement, that is, “speak now or forever hold your peace”.

In other words, get involved, don’t just sit back and watch whatever happens happen.

#SCOTUS #Tyranny#concernedcitizenTo comment on the newsletter, send an email to donbsbooks@gmail.com