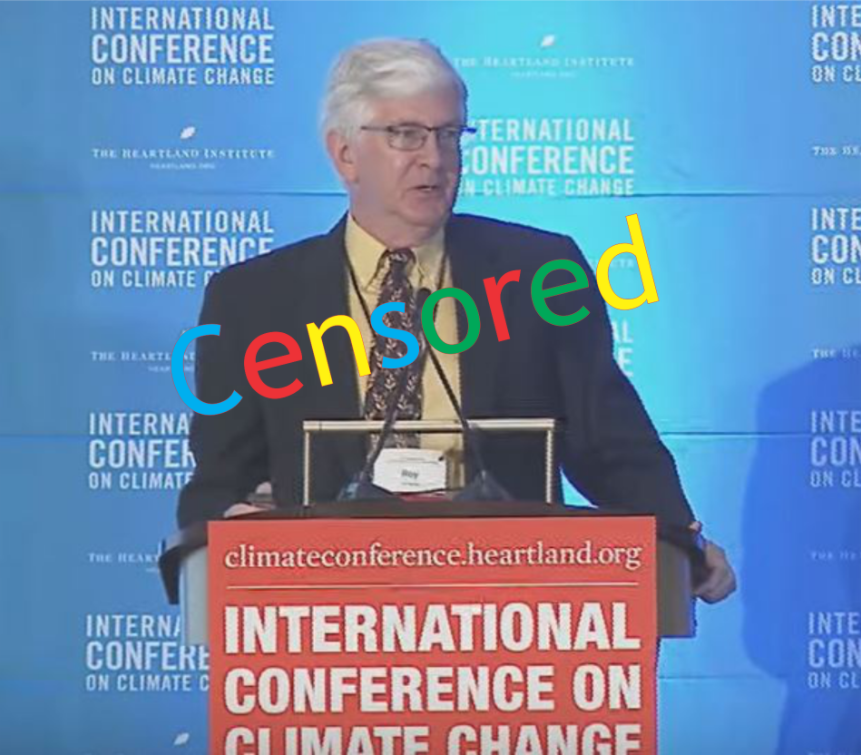 Dr. Roy Spencer is a scientist, known as much for his unshakeable integrity, as for his brilliant work in climate science. He is also a good friend of CFACT.

He works with global temperature satellites at the University of Alabama at Huntsville / NASA.  Together with his colleague John Christy, they maintain one of the most crucial global temperature datasets, one which is regularly relied on by the UN and scientists worldwide.

Google recently notified Dr. Spencer that it was demonetizing his website.  Now, we’re not talking a fortune of money here.  The website generated maybe enough money from Google AdSense ads to pay for its web hosting, spam filters and that sort of thing.  The website was demonetized for “unreliable and harmful claims.”

This is part of Google’s new policy to demonetize climate skeptic websites.  On October 7, 2021, Google announced it “will prohibit ads for, and monetization of, content that contradicts well-established scientific consensus around the existence and causes of climate change.”

In other words, Google will dutifully do its part — as a loyal shill to the progressive establishment — to make life miserable for anyone who challenges, fact checks or questions the wild climate claims being made by the UN, EPA, and far-Left climate activists.

Dr. Spencer was shocked when Google finally shared the pages on his site that they found misleading.  They were mainly the pages containing the actual raw satellite temperature data!

“This is obviously because some activists employed by Google (who probably weren’t even born when John Christy and I received both NASA and American Meteorological Society awards for our work) don’t like the answer our 43-yearlong satellite dataset gives. Never mind that our dataset remains one of the central global temperature datasets used by mainstream climate researchers in their work.” 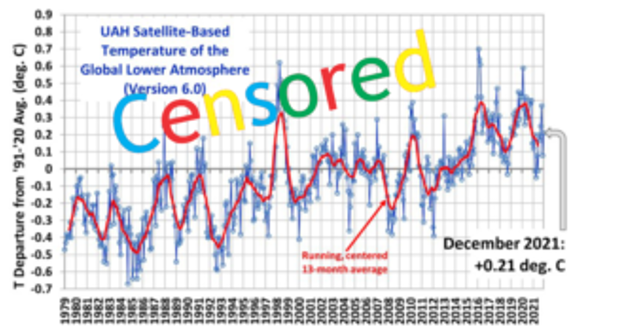 Google has committed a serious transgression, not only against free speech and academic rights, but against science itself!

It is axiomatic that when data contradicts a hypothesis, it is the hypothesis which must change.  Scientists must never alter or suppress data which contradicts a favored conclusion.

Google should immediately remonetize Roy Spencer’s website and stop interfering with the publication of scientific data and the free exchange of ideas in the climate debate.

C.raig Rucker is a co-founder of CFACT and currently serves as its president