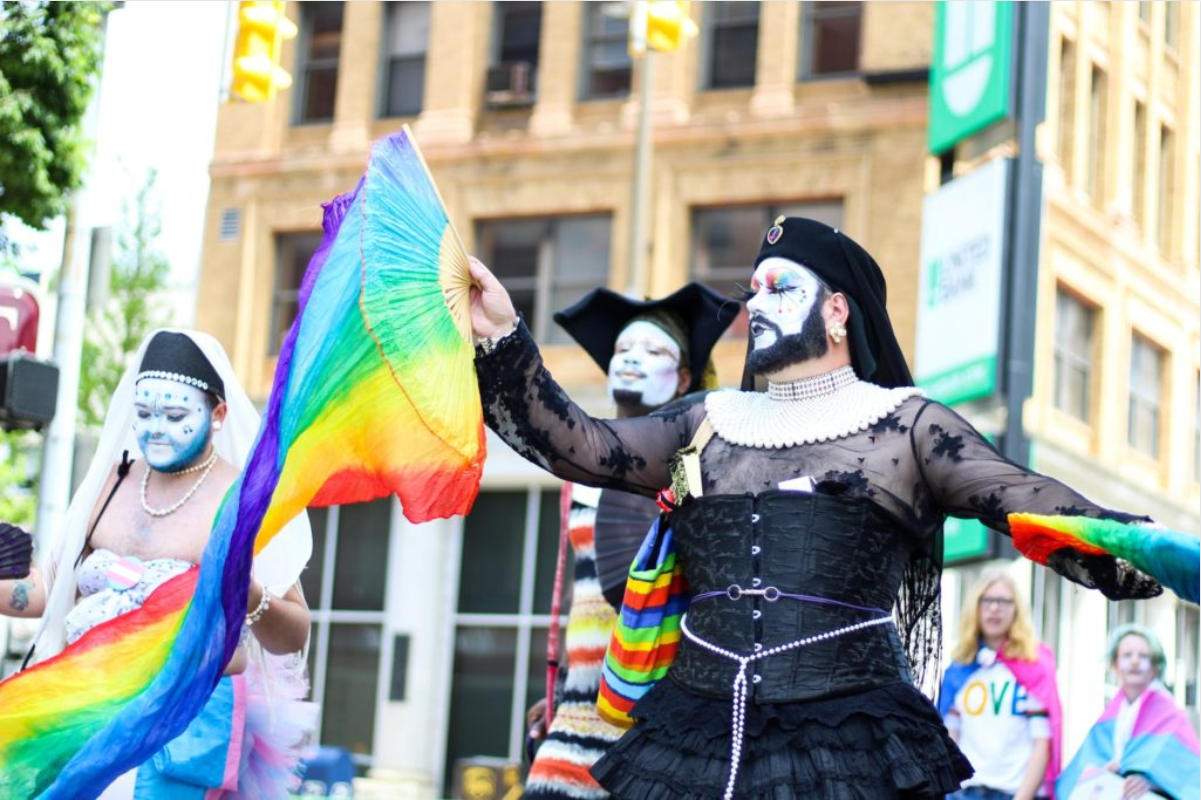 Gender-confused individuals may ruthlessly mock and demonize Christians, but Christians may not even question their incorrect claims without major consequences.

The transgenderism agenda is really about breaking down society and advancing the Communist Revolution, as even trans activists admit.

So many narratives, so little time.  Today, we take another look at the transgender narrative and zero in on how the wheels are falling off this stupid lie in so many ways.

Before we get started, I’ve said many times there have always been transgender people and always will be.  Nobody should hate them or want to do them harm.  But that doesn’t mean I want them in control of public policy or to give them every bit of political power they desire.  These are separate questions.

Transgenderism is communism.  I’ve talked before about the communist technique of Hegelian dialectical negation.  Take a foundational idea, set up a contrary idea in motion against it, and keep agitating until the foundational idea is destroyed.  Up to now, it’s been universally understood there are only two biological sexes, male and female.  Set in motion the contrary idea that gender is just a social and psychological construct and, Voila!, all of a sudden there are 57 genders, men need tampons and can get pregnant, and women’s sports are dead.  The point of all this obvious insanity is to help usher in the socialist revolution which, in case you don’t know, really means wealth and power for a tiny elite.

But don’t take my word for it.  Now we have video evidence that transgenderism is communism.  There’s a video on YouTube with four trans activists saying, among other things.  “Trans liberation calls for communist revolution.”  In the video, they discuss ways to bring about a “communist society” to benefit trans people.  Revolution would “require the abolition of society as it currently is.  When we demand that society be arranged in certain ways, this is part of the project.”  There you have it, in-your-face Hegelian dialectical negation in spades, and proof that transgenderism is at root communism.  It couldn’t be any clearer.

So the ideology of political transgenderism is rotten to its core.  But communism is not the only thing wrong with it.  Transgenderism has been destroying women’s sports for a couple of years now, but a particularly egregious example came up recently.  The nation was horrified when a biological male on the University of Pennsylvania women’s swim team, who formerly competed as a man, recently wiped out a bunch of records previously held by real women.  It was a massacre.  This guy shattered one women’s record by 38 seconds.  The women on the team are distressed by the fact they will never have a chance of winning again.  Viewed dispassionately, one could say the patriarchy is destroying women’s sports, but women’s rights groups won’t stand up for women’s rights.  Why?  Because they’re hard core Leftists first, committed to the revolution.  They don’t give a darn about women’s rights.  Stop sending them money.

The stupid transgenderism lie has also been forcing compelled speech, a big constitutional no-no.  The latest example is New York’s new law ordering utilities, phone companies, and municipal governments to use preferred pronouns when interacting with the public verbally or in writing.

Here are some more wheels falling off the transgenderism narrative recently:  Children under 16 presumed to be able to give informed consent to puberty blockers when they aren’t old enough to consent to a car loan; public schools pushing transgenderism on very young kids 4 to 8 years old and hiding student gender transitioning from parents;  a psychiatric journal admitting it falsely claimed gender transitioning improves mental health when it doesn’t; and commercial transgender vendors not disclosing hormones are physically addictive.  I don’t know which is worse – the communist ideology of political transgenderism or the transgender-industrial complex whose only interest in all of this is making money.

Before you Lefties attack me for transphobia, sweep your own doorstep before you come after me.  Ibram X. Kendi, patron saint of antiracism wokitude and great hero of the revolution, said last month he was horrified when his young daughter told him she wanted to be a boy.  So much for intersectionality.  Kendi must be a great disappointment to his fellow travelers who pushed his shtick at every turn.  Maybe he won’t get invited to speak at any more socialist conferences.  So go attack Kendi before you attack me.

Meanwhile, if you want to defend your communist ideology of political transgenderism, your use of the communist technique of Hegelian dialectical negation, or the crassly commercial transgender-industrial complex, I’m all ears.