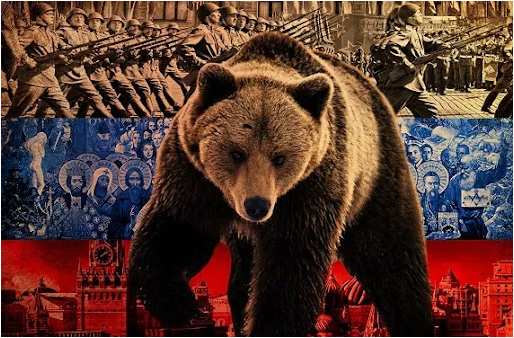 I spent 40 years fighting left-wing disinformation and now spend time exposing right-wing disinformation, some of it stemming from the QAnon movement. Consider the message from a “reader” concerned that my attacks on Russia and China have gone too far and miss the point about the real cabal behind world events. He blames the Jews.

He advised me to get my hands on the book The Protocols of the Learned Elders of Zion because it would “change your attitude on right/left China/Russia narrative.” He said it “is an amazing eye-opener for all the problems we face and the script/narrative they give us.”

A disinformation campaign to blame the Jews is surfacing once again, at a time when Russia is once against threatening aggression.

Ion Mihai Pacepa, the highest-ranking defector from the former Soviet bloc, has explained communist involvement in the Protocols forgery, saying “The Jews, who were not protected by the power of a state, proved a convenient enemy for both leftist and rightist totalitarians…” That includes Hitler and the Nazis but also Russia and its KGB, which invented a campaign, Code-named Operation SIG, using the anti-Jewish forgery for anti-American propaganda purposes.

Interestingly, some QAnon supporters now buy into the notion that Russia is somehow a Christian nation. The QAnon book, Love Joy Trump – A Chorus of Prophetic Voices, refers to Russian President and former KGB colonel Vladimir Putin being a “kindred” spirit of the MAGA movement.

Using the Jews as scapegoats is not new. It is surfacing now, I suspect, to undermine those conservatives, like myself, exposing Russian and Chinese disinformation operations, at a time when China has unleashed a dangerous virus on the world and Russia is threatening to invade Ukraine (again).

Consider that China Joe Biden has already given Afghanistan to China and the Taliban. Ukraine could be next, a gift to Russia. But as one of my sources in Hong Kong, concerned about China’s next move, said, “People are already forgetting what happened in Afghanistan and moving forward, forward to another Biden disaster.”

In this context, I was astonished to read a Pat Buchanan column, “Playing With Fire on Russia’s Borders,” in Chronicles magazine. Referring to Ukraine and other former Soviet republics which have problems with aggression from Moscow, Buchanan writes, “Let the nations of Eastern Europe solve their problems without the constant intervention of the United States. Given the disastrous record of the neocon wars of the 21st century, the U.S., facing every new crisis, ought to ask itself before acting: Why is this quarrel any of our business?”

But why is it any of Russia’s business? Without going to war, we should be supporting the anti-communist revolution in Ukraine, just as we should be supporting freedom-loving people around the world, including in Hong Kong, Taiwan, Russia, and China. There is nothing “neocon” about this. It is an expression of Ronald Reagan’s conservatism.

I originally got concerned about Buchanan’s stance on Russia back in 2014, when his opposition to the Evil Empire, as Ronald Reagan correctly called it, had given way to an unseemly embrace of former Soviet KGB colonel Putin, the virtual dictator of Russia who served the “Evil Empire” for decades. Buchanan was once a staunch anti-communist who served President Reagan as his communications director during the Cold War.

I wrote at the time that Buchanan’s argument that Putin is a Christian was completely bogus. I noted that there is absolutely no evidence, aside from rhetoric, to suggest that Russia in general and Putin, in particular, have been converted to Christianity.

Instead, what we have been witnessing is a massive Russian “active measures” campaign that has ensnared many American conservatives. One aspect of this campaign is to sell the notion that Jews are running American foreign policy and that Russia is somehow a Christian nation in opposition to these forces. Hence, we see references to The Protocols of the Learned Elders of Zion.

The problem is the appeasement of communism.

As we note in our book, Back from the Dead: The Return of the Evil Empire, Russia in 1994 had signed an international document respecting Ukraine’s territorial integrity. The document, known as the Budapest Memorandum, was made in response to Ukraine giving up its Soviet nuclear weapons and returning them to Moscow. Then-Senators Barack Obama (D-IL) and Richard Lugar (R-IN) had traveled to Russia and Ukraine in 2005, urging Ukraine to destroy its conventional weapons stockpiles as well.

With the abandonment of its nuclear weapons and the destruction of many conventional weapons, Ukraine was ripe for the first Putin invasion in February of 2014. The invasion was assisted by NSA defector Edward Snowden, whose disclosures enabled Russia to hide its military plans from U.S. eavesdropping equipment that picks up digital and electronic communications.

Before Buchanan was apologizing for Putin, Alex Jones was a regular guest on the Russia Today (RT) propaganda channel and defended Moscow’s invasion of its former Soviet republic of Georgia in 2008.

After Russia was implicated in the shoot-down of the Malaysian Airlines MH17 plane on July 17, 2014, some conservatives backed away from their pro-Russian position, saying Vladimir Putin needed to explain how the mass murder happened. But many associated with QAnon still seem to think Russia is an opponent of the New World Order.

We need the facts.

On my television show, ASI TV, legal analyst Jeffrey Scott Shapiro discussed the Russian shoot-down of Malaysian Airline Flight 17, killing 298 people, as well as the recent verdict against Russia in the case of the assassination of Russian FSB agent Alexander Litvinenko. He was killed by the KGB because he spilled the beans on how Soviet intelligence spawned Islamic terrorism and trained al-Qaeda leader Ayman Al-Zawahiri.

Professor Ronald J. Rychlak was also on my show explaining how the Russians launched a disinformation campaign to obscure the Russian and Cuban roles in the murder of JFK.

Of special concern to Catholics, there is evidence that the Soviets were behind the attempted assassination of Pope John Paul II in May 1981.

It is difficult to understand how Buchanan and other conservatives came to embrace Putin, except as a reaction to their own loss of faith in the United States.

The answer is to restore that faith by ensuring that America stands up for freedom. And that means we need an anti-communist revolution here.
​