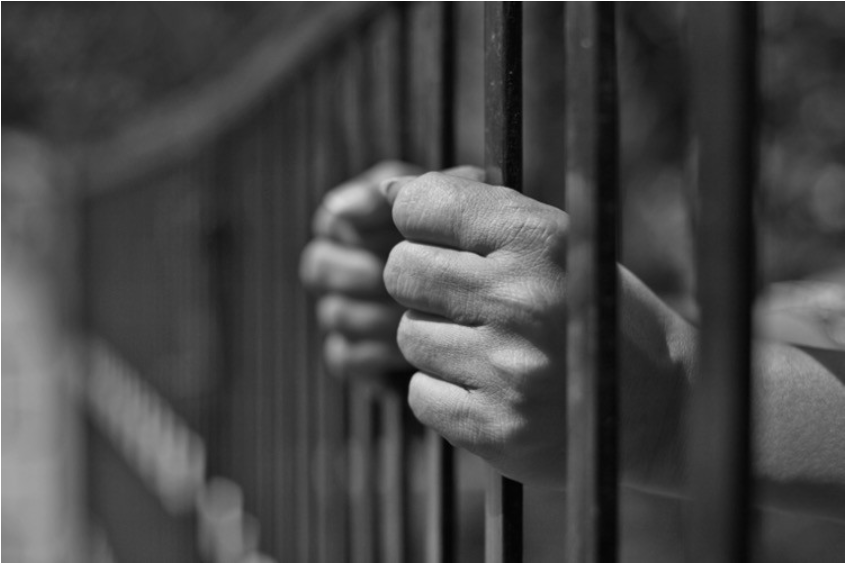 “Injustice anywhere is a threat to justice everywhere.” For decades liberals and others would self-righteously repeat this quotation from Martin Luther King, Jr. The line is true, too. But given the establishment and mainstream-media reaction to the January 6 defendants’ persecution, it’s clear that if any within the American “Left” ever believed it, few do today.

In fact, “This is how totalitarianism looks,” writes The American Spectator’s George Parry while describing the J6ers’ treatment in his piece “A Visit to the DC Gulag” — and he’s not exaggerating. It’s also what will befall all those defying establishment power if our radical leftists can continue cementing their control.

Equally tragic is why this is occurring: While The Washington Post’s slogan is “Democracy dies in darkness,” it and the rest of the mainstream media refuse to shine any light at all on the J6ers’ plight. Complicit as well is the entire Democrat Party and most Republicans, who either tacitly approve of the abuse or would rather play politics than take a politically incorrect stand.

Yet many “of the January 6 defendants were arrested [in] after dawn raids on their homes, with the FBI stripping them bare (both homes and people),” Widburg then writes. “They’ve been held for eleven months in appalling conditions (more on that in a moment), without bail and without trial. Because they are in D.C., when they are finally brought before a judge after months in Gulag-like conditions, they have the choice of either a biased judge or a biased jury. Because most are poor, they seldom have competent counsel and, I have read, often have court-appointed attorneys who despise them.”

Moreover, the aforementioned Parry points out that the District of Columbia Jail in which the J6ers are held is run by Deputy Warden Kathleen Landerkin, a rabid left-wing ideologue who has publicly displayed her biases.

For example, on November 24, 2019 she tweeted, “F*** everyone who supports Trump.” She also has inveighed against white men, enthusiastically retweeted the sentiment “Every prison needs a MAGA wing,” and stated that she couldn’t wait until people she described as “old white racists” (read: traditional conservatives) were “extinct.

There’s much more to her “body of work,” too, as Parry relates. But suffice it to say that Landerkin is clearly a vulgar, vice-ridden woman of low character, the last person who should be running anything (including her mouth, as her tweets attest). She rightly also states that she’s “one of many white females who work for social justice,” which, of course, has nothing at all to do with the administration of actual justice.

Yet akin to putting a pedophile in charge of an orphanage, Landerkin was given dominion over the J6ers — and the results are precisely what you’d expect.

And they were revealed by Representative Marjorie Taylor Greene (R-Ga.) who, along with Representative Louie Gohmert (R-Tex.) and their staff on November 4, gained access to the D.C. jails in question: the Central Detention Facility (CDF) and Central Treatment Facility (CTF). The J6ers are in the latter.

In a report Greene issued, entitled “Unusually Cruel,” her office writes that the prison “tour was only accomplished after months of persistence. Representative Greene and her congressional colleagues, Reps. Gohmert, Matt Gaetz, and Paul Gosar, were denied entry to the jail on multiple occasions — July 29 and November 3.”

When Greene and Gohmert finally did gain access, they were shown the CDF, which housed non-J6er prisoners. For these mainly (if not completely) black inmates, “multiple common areas of the CDF contained distributional reading materials which promoted the Nation of Islam and Critical Race Theory,” Unusually Cruel (UC) informs. “Additionally, members of the Young Men Emerging [a rehabilitation program] cohort of inmates … revealed that they are reading books which emphasize the unusual cruelty of the American justice system and intend to study materials which promote the view that the United States perpetuates a racial caste system.”

Ironically, however, it’s the primarily (if not exclusively) white J6ers who are being persecuted at the D.C. jail. In fact, Landerkin initially refused to even let Greene and Gohmert see the CTF.

Representative Greene then “threatened to go to the media,” Parry tells us. “Rep. Gohmert told Deputy Warden Landerkin, ‘You understand, we can also make an appearance before the U.S. judge, and I intend to take action.’”

“But Landerkin did not relent until the [D.C.] mayor’s representative finally and reluctantly instructed her to open the door to the CTF,” Parry continues.

What they then witnessed was shocking. “For example, cells in the January 6 wing of the CTF were extremely small, composed of a single toilet, sink, and a small bed cot,” UC relates. The report continues:

The walls of the rooms had residue of human feces, bodily fluids, blood, dirt, and mold. The community showers were recently scrubbed of black mold — some of which remained. The interior walls of the common area were also freshly painted. According to the inmates, the U.S. Marshals had recently visited the area just days before, which caused a flurry of activity by guards to clean up the January 6 area while the U.S. Marshals were inspecting another area.

Inmates explained that they did not have access to their attorneys, families, or proper nutrition from the jail.

… Some inmates disclosed that when they arrived in the area, the cells were crawling with rats and bed bugs.

Given that Landerkin and her comrades had time to put their best (but still quite damning) CTF foot forward, you can imagine what the facility looked like before it got its hasty makeover.

There’s much more in the report, too. This includes information about

Most Americans would never imagine that this could be happening in their nation. It’s what we might expect in a Third World country. As for those turning a blind eye or casting a hostile one, know that our Republic is dying in darkness — of your own design — and none will be spared. The monster you feed, with your antagonism or apathy, will eventually consume you.