Sens. Warren, Booker and Crow all parrot SCRIPTED response upon testing “positive” for covid after triple vaccinations – are they parroting the same MEMO? 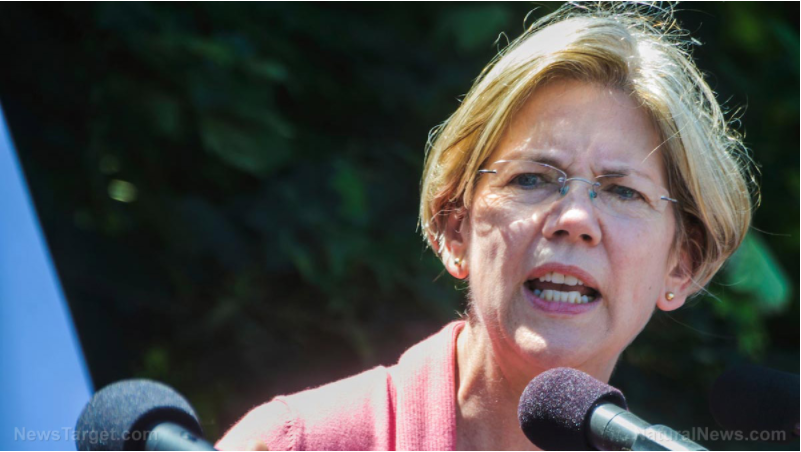 Sens. Warren, Booker and Crow all parrot SCRIPTED response upon testing “positive” for covid after triple vaccinations – are they parroting the same MEMO?

In tandem with one another, Sens. Elizabeth Warren (D-Mass.), Cory Booker (D-N.J.), and Jason Crow (D-Colo.) all tweeted almost identical language admitting that despite getting their “booster” shots for the Wuhan coronavirus (Covid-19), they still tested “positive” for the virus.

Like parrots, Warren, Booker and Crow all say that they are still either “thankful” or “grateful” that they got boosted, despite experiencing “breakthrough” cases of the Fauci Flu.

“Today I tested positive with a breakthrough case,” reads Warren’s tweet. “Thankfully, I am only experiencing mild symptoms & am grateful for the protection provide against serious illness that comes from being vaccinated & boosted.”

Booker’s tweet was a near-carbon copy of Warren’s, stating that he is “beyond grateful to have received two doses of vaccine and, more recently, a booster.”

“I’m certain that without them I would be doing much worse,” Booker added.

Then we have Crow, who says he is really “thankful to be fully vaccinated and boosted and experiencing only mild symptoms.”

“… the vaccine is safe and effective,” he was sure to add at the end of his tweet to reemphasize his political correctness.

In New York, an unvaccinated healthy person can’t enter a restaurant, but a fully vaccinated sick person can

It is almost as if all three of these political hacks receive their marching orders from the same source. All three of their tweet scripts, after all, certainly read that way.

Meanwhile, the “science” behind the plandemic continues to morph into nonsensical voodoo as the fully vaccinated get increasingly sicker despite being “protected” with their injections.

American television host and author Jedediah Bila used New York City as an example in a tweet pointing out that the restrictions there make no sense in terms of actually stopping the spread of the Wuhan Flu.

“Someone who is unvaccinated but not sick with Covid can’t sit inside a NYC restaurant,” she wrote. “But a vaccinated person with an active, transmissible Covid infection can flash a vaccine passport & gain entrance.”

“Does that make sense to you?” she added. “I don’t think so. The mandates are horses**t.”

Even so, New York City and the state as a whole are doubling down on this approach with a new proposed plan to lock up the unvaccinated and stop them from participating in society at all.

When the New York Senate and Assembly reconvene on Jan. 5, 2022, there is a possibility that they will pass Bill A416, which would allow Gov. Kathy Hochul to decree that all “cases, contacts, carriers, or anyone suspected of presenting a ‘significant threat to public health’” be hauled off to Camp Covid on a whim.

The plan is to allow only the “fully vaccinated,” as that term is constantly being redefined, to go to restaurants, go to the gym, and maintain employment. The unvaccinated will need to be “cleansed” in a Fauci Flu detainment camp.

“I am grateful for the cancer and heart disease the VACCINATION has given me,” joked one commenter, mocking the parrot tweets from Warren, Booker and Crow. “To think I had a .090 chance of dying from covid.”

“TRUTH is almost certain that they are among the 200+ members of Congress taking ivermectin,” suggested another about these three.

“They have been given a script to follow (you may change the wording slightly, but the concept shall not vary). They are parrots out there to convince the fence-sitters.”

Another pointed out that Warren, Booker and Crow are more than likely paid off by the pharmaceutical cartels to spout these scripts.

Most politicians are just deep state puppets pushing lies, especially when it comes to the Fauci Flu. To keep up with the latest, visit Pandemic.news.