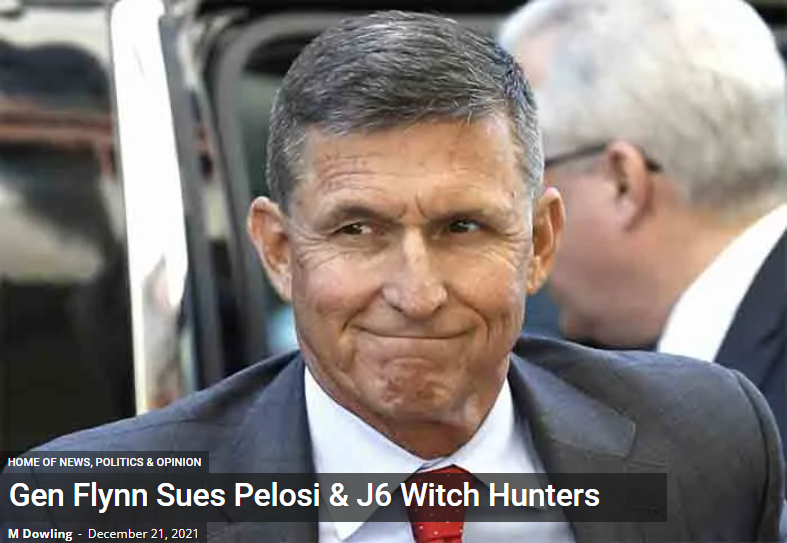 Former White House national security adviser Gen. Michael Flynn has filed a restraining order to block a subpoena from the House Select Committee that is investigating the incident at the U.S. Capitol on January 6.

The filing names Speaker Pelosi and all nine members of the absurd J6 committee. They issueed a subpoena to Gen. Flynn when he had no role whatsoever in the J6 event.

He argues in his complaint that the subpoena, which would demand information and testimony from Flynn, was issued without legal authority.

The filing stated that Flynn had no part in organizing, speaking at, or participating in the rallies, protests, or incursions that took place on Jan. 6, 2020.

“Despite not participating in any public events in Washington on January 6, Defendants have issued General Flynn a sweeping subpoena seeking twenty different categories of documents and a demand that General Flynn appears for a deposition in Washington, D.C. The subpoena demands records of General Flynn’s communications about the 2020 election and seeks to identify the basis for his beliefs and the persons with whom he associated, in addition to contacts with government officials. It thus constitutes a frontal assault on his 1st Amendment rights to freedom of speech, association, and petition,” it adds.