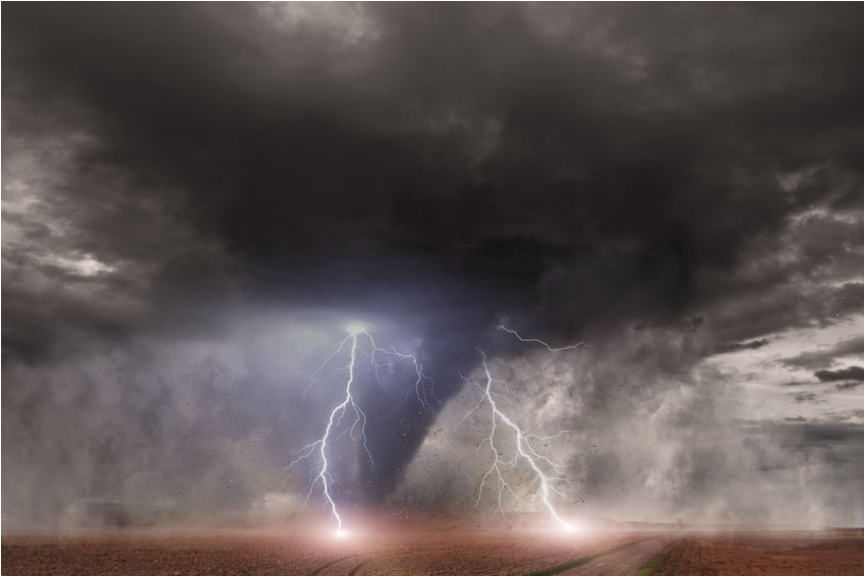 The recent tragic tornados in Kentucky, Illinois and other states left a substantial death toll of at least 89 people, which is likely to increase. It did not take long for the all-to-predictable climate change chorus to exploit them for their political benefit.

The Director of the Federal Emergency Management Agency (FEMA), Deanne Criswell, was brazen and bereft of evidence when she said, “This is going to be our new normal and the effects that we’re seeing from climate change are the crisis of our generation.”

Such unfounded gibberish continues a rhetorical tradition from so many of the usual suspects following a major weather event. Think Al Gore, Sen. Bernie Sanders and AOC and their fellow travelers.

Then there is the president himself, who said, “the intensity of weather across the board has some impacts as a consequence of the warming of the planet and climate change.” But at least he showed a modicum of modesty this time in contrast to prior occasions. “The specific impact of these storms I can’t say at this point.”

No amount of facts, history or science is going to sway such dogmatists who, like wind-up dolls, repeat the false mantra of climate-change-causing-bad-storms every time bad weather makes the news and brings tragedy. They are neck-deep into the politics and financial hooks of climate change.

Exceptional storm activity did not begin with the baby-boom or successor generations in search of a meaningful cause in their lives. Recent strong tornados are not unique or unusual in the 21st Century nor is planetary warming. They have existed since the dawn of time.

Let’s go back about a century. The Tri-State Tornado in March 1925 devasted communities across Missouri, Illinois and Indiana for a stretch of about 220 miles and killed nearly 700 people. Since 1950, there have been 21 violent storms in the month of December that were rated EF4 or EF5 as measured by meteorologists based on the Enhanced Fujita Scale of intensity. The last EF4 level tornado in the month of December occurred in 2015 and the last EF5 tornado this time of year dates to 1957. The National Weather Service now categorized this latest tornado as an EF4.

The National Oceanic and Atmospheric Administration has tracked tornado activity in the U.S. since 1950 and shows overall an increasing number on an annual basis; but, more significantly, the long-term trend of stronger EF3 to EF5 storms has declined, as documented by Dr. Roy Spencer, a climatologist and former NASA scientist.

Another key factor in this trend of overall tornado activity is explained by more advanced storm tracking technology and more people reporting such storms than in previous decades. The peak year was 2004 when more than 1,800 tornados were recorded, which dropped to fewer than half that number in 2014. There were approximately 1,075 tornados in 2020, which dropped from more than 1,500 in 2019.

Recounting this history of U.S. storm activity is not in any way to suggest this latest tornado is routine or insignificant. Dozens of people have perished, including young children, and many thousands more people lost their homes and businesses. Entire communities in the twister’s path were flattened.

Americans are stepping up their recovery and charitable efforts to comfort the survivors and repair and restore the damage. President Biden made a recent visit to Kentucky to survey the area and reassure the victims that help is on the ground. Charities like Samaritan’s Purse and others are deploying resources.

Primary ingredients of storms are energy from warm, moist air, cold fronts and wind shear, that is, changing wind speed and direction. Again, these are not unique, modern-day phenomena.

Many scientists, though not all, who embrace man-made climate change make the assumption that such storms will get worse and more frequent based on climate models that predict accelerated future warming. But climate models are fraught with inaccuracy and have a history of failure in predicting temperature, which makes them worse than useless for gauging storm activity. Indeed, other scientists dismiss the alleged climate-storm connection.

Reminders of previous violent storms become necessary to refute the climate hucksters who are so quick to capitalize on the latest weather tragedy as though it necessitates adopting their climate change political agenda.

The reality, however, is that more solar panels and wind turbines, and less oil use will not diminish future storms or the average planetary temperature reading. That’s going to occur all on its own – in unpredictable fashion. A modest climate warming trend will be a trend – until climate changes.