Biden Issues a New Vax Mandate–Could Cause a “Catastrophic Collapse” 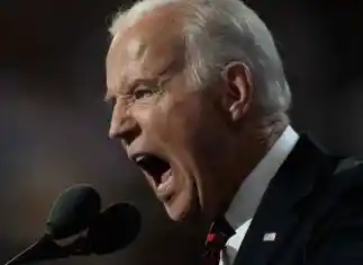 Biden Issues a New Vax Mandate–Could Cause a “Catastrophic Collapse”

Earlier today, a manager of a shipping company in Texas told Clay and Buck on their radio show that a container that cost 3,100 to ship two years ago, now costs 31,000. Thank a Democrat.

The country is run so badly, it is believable that this demented old Joe Biden is running the country with his inept Marxist staff. He has hired the most god-awful extremists on earth.

His latest move is to do what he can to completely destroy the country. He has ANOTHER MANDATE! This one affects the supply chain.

The Trucker’s Union CEO already warned that they will lose 37% of their truckers which means we will face a “catastrophic collapse.”

The ATA President noted that “if just 3.7 percent, not 37 percent, just 3.7 percent” of the drivers left the industry, with 80,000 vacancies now, it would inflate to over a quarter-million vacancies resulting in a “catastrophic” collapse of the U.S. supply chain.  Mr. Spear also shared his strongly expressed opinion that OSHA doesn’t have the authority to do this. Two appeals courts think so too.

“A senior administration official said the requirement, which the White House previewed in October, brings the rules for essential travelers in line with those that took effect earlier this month for leisure travelers when the U.S. reopened its borders to fully vaccinated individuals,” the Associated Press reported.

“Essential travelers entering by ferry will also be required to be fully vaccinated by the same date, the official said,” the report added. “The official spoke to The Associated Press on the condition of anonymity to preview the announcement.”

“The rules pertain to non-U.S. nationals,” the AP points out. “American citizens and permanent residents may still enter the U.S. regardless of their vaccination status, but face additional testing hurdles because officials believe they more easily contract and spread COVID-19 and in order to encourage them to get a shot.”

This is insane, and it’s tyranny.