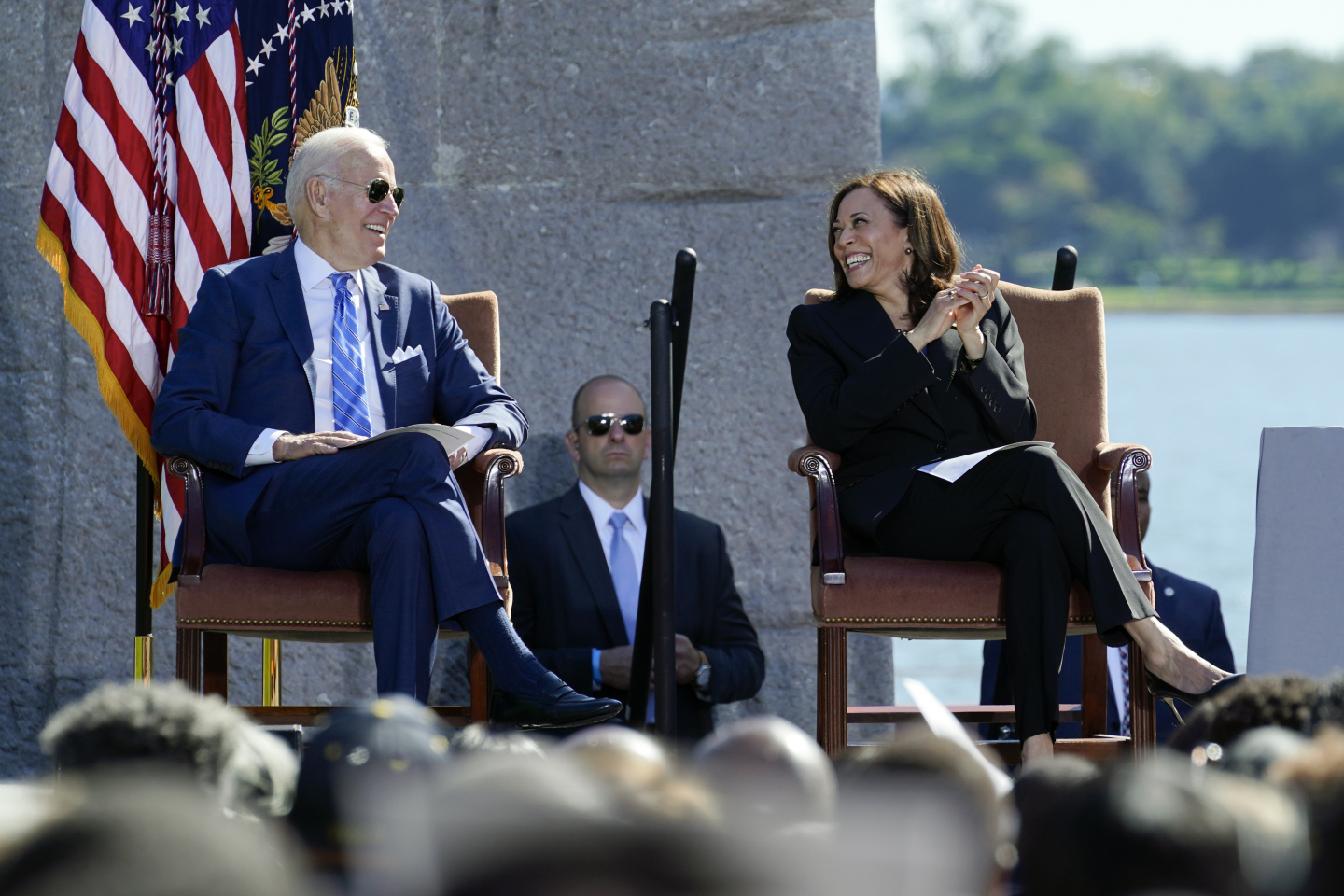 Overturning the Trump ERISA rules is proving a lot harder than the White House supposed.

Pity the Department of Labor. Tasked with undoing two Trump-era rules on the conduct of pension fiduciaries under the Employment Retirement Income Security Act (ERISA) and promoting the administration’s climate policies, the DOL finds itself between the rock of the letter of the law and a hard place in the form of two White House executive orders. The first, signed hours after President Joe Biden was inaugurated, directs all departments to review and take action on Trump-era regulations that impede the fight against climate change. In May, there followed an executive order on climate financial risk that specifies two DOL regulations, “Financial Factors in Selecting Plan Investments” and “Fiduciary Duties Regarding Proxy Voting and Shareholder Rights,” and orders the Secretary of Labor to consider publishing a proposed rule by September 2021 to “suspend, revise or rescind” both of them.

Missing the White House deadline by two weeks, the DOL published its proposed rulemaking earlier this month. The outcome is a model of everything a rule should not be: ambiguous, at times contradictory, and, most deleterious of all, dissembling in its claim to uphold the letter of the law when the intent and effect of the rule – if finalized – is to weaken it. When Congress wrote the ERISA legislation in 1974, it was determined that pension plan fiduciaries, who manage retirement income plans on behalf of plan beneficiaries, act solely in the financial interests of those beneficiaries. Section 404 of the act is tightly drafted to require plan fiduciaries to discharge their duties for the exclusive purpose of providing benefits to plan participants and plan beneficiaries and defraying reasonable expenses of so doing.

“The fundamental principle is that an ERISA fiduciary’s evaluation of plan investments must be focused solely on economic considerations that have a material effect on the risk and return of an investment based on appropriate investment horizons,” the November 2020 financial factors rule stated. “The corollary principle is that ERISA fiduciaries must never sacrifice investment returns, take on additional investment risk, or pay higher fees to promote non-pecuniary benefits or goals.” In operationalizing these two principles, the financial factors rule was designed to show how plan managers can be assured they are acting as they are legally required to. There was little novel in the Trump DOL’s articulation of these principles. A 2015 DOL interpretative bulletin issued during the Obama presidency advised plan fiduciaries that they “may not use plan assets to promote social, environmental, or other public policy causes at the expense of the financial interests of the plan’s participants and beneficiaries. Fiduciaries may not accept lower expected returns or take greater risks in order to secure collateral benefits.”

For an administration that has made environmental, social and governance (ESG) and climate change a lodestar for investing and wants Wall Street and institutional investors to do what it has – so far – failed to persuade Congress to enact and force decarbonization on the American economy, this constraint is unwelcome, as it is to Wall Street, which can charge higher fees for ESG investment products and strongly objected to the rule. Rescinding the rule is technically difficult, as it hews like a limpet to the letter and intent of the law. If it can’t be rescinded, the rule must be weakened.

The replacement rule, the DOL claims, is needed because the current one “has created a perception that fiduciaries are at risk if they include any ESG factors in the financial evaluation of plan investments.” Many stakeholders, it says, “misperceive” that consideration of ESG factors is banned except in cases of a tiebreaker. Not really: the financial-factors rule explicitly acknowledges that “ESG factors can be pecuniary factors, but only if they present economic risks or opportunities that qualified investment professionals would treat as material economic considerations under generally accepted investment theories.” In the proposed replacement, the DOL says that ESG is the one category of investment singled out for special documentation. In fact, the text of the final rule does not mention ESG at all; as is stated in its explanatory preamble, “the final rule does not single out ESG investing or any other particular investment theory for particularized treatment.” Then why is a new rule needed? In its discussion of alternatives to the proposed rule, the DOL omits the most obvious: if the problem is misperception, the straightforward remedy is to republish the current rule with an updated explanatory preamble. This, of course, would conflict with what the White House wants, which goes to the real motivation behind the new rule.

The special documentary requirement of the current rule arises in rare cases when a plan manager can’t distinguish between two alternatives based on pecuniary factors alone. In these circumstances, a non-pecuniary factor can be used as a tiebreaker provided that the manager fully documents the factors leading to the selection. This documentary requirement, the DOL claims, could have a “chilling effect.” The DOL reports that stakeholder uncertainty as to whether ESG factors may be treated as pecuniary factors – the current rule is explicit in saying they can be – has already had a “chilling effect” in integrating ESG and climate change into investment decision-making. There is a reason for the chilling effect, but it isn’t caused by Wall Street’s misperception. In effect, the current rule calls Wall Street’s bluff: if you want to sell ESG products to ERISA plans, you must demonstrate the financial benefit.

The replacement rule proposes to gut the documenting requirement, which it claims is unnecessary as fiduciaries remain subject to a general prudence rule in a move that is tantamount to non-enforcement. How can plan managers demonstrate that they have acted prudently and with undivided loyalty to beneficiaries when there’s no paper trail? Instead, the proposed rule will require, in the case of designated investment-alternative default options, that the collateral benefit be “prominently displayed” in disclosure materials provided to participants and beneficiaries. Is this meant to be a subtle warning that beneficiaries can expect lower investment returns? If so, it is a straight violation of ERISA’s cast-iron duty of exclusivity. Or might it be to advertise the greater good that the fund aims to achieve? There is nothing in ERISA to support such a requirement. It would be the legal equivalent of the DOL giving the middle finger to ERISA Section 404 and to court rulings that plan investment decisions must be made “with an eye single” to the interests of participants and beneficiaries.

Ambiguity is at the heart of the proposed rule. On the one hand, it leads plan managers to treat climate and ESG as material to a risk-return analysis, a list that includes the physical and transitional risks of climate change, workforce diversity, and inclusion, and creates a presumption that they should all be treated as pecuniary factors. As the preamble says, “the proposal makes clear that climate change and other ESG factors are often material and that in many instances fiduciaries should consider climate change and other ESG factors in the assessment of investment risks and returns.” On the other, the rule also states that whether any particular factor is material “depends on the individual facts and circumstances” and that it’s the responsibility of fiduciaries to make their own assessment of the weight given to any particular factor. The DOL’s argument that its proposal does not “tip the scale” against ESG-style investment approaches is in danger of tipping the scale against the letter of the law.

The DOL makes similar arguments on the current rule on proxy voting and shareholder rights, which set out to prevent fiduciaries subordinating the economic interests of plan participants and beneficiaries to non-pecuniary benefits. The current rule put in place safeguards against fiduciaries outsourcing their proxies to proxy advisers and their like without proper scrutiny. The DOL argues these also create a misperception that might chill fiduciaries from exercising their proxies – safeguards that the replacement rule will remove on the grounds that ERISA’s general prudence and loyalty duties impose, implicitly, a monitoring requirement. The rule also proposes to remove two “safe harbor” examples which, it says, provide “illusory” protection. It’s perverse of the DOL to delete the safe harbors, leaving fiduciaries and beneficiaries reliant on their interpretation of general ERISA duties, when the rational course of action would be to craft safe harbors that meet the standard the DOL had in mind when it declared the current ones illusory.

The preamble contains much rhetoric. It hails language in the proposed rule on the prohibition against subordinating the interests of participants and beneficiaries to other objectives as clarifying “in no uncertain terms” the legal standards required of fiduciaries and claiming it as one of the benefits of the new rule, when the provision is carried forward, word for word, from the existing financial-factors rule. By reproducing the wording in the current rule, the DOL asserts that its proposed rule will, apparently, “increase fiduciaries’ clarity about their obligations;” more defensively, the DOL claims that its proposal “does not undermine serious reliance interests on the part of fiduciaries,” when its effect is to do precisely that. A purportedly “simple and clear” directive muddies the waters to promote ESG and climate risk as factors that fiduciaries are being instructed to consider as material, then leaves them dangling in the air by saying it’s their responsibility to obey the law.

For a rule the DOL claims is needed to correct perceptions, the new rule does a fine job in creating the perception that it drives a coach and horses through ERISA’s requirement that plan managers act exclusively in the financial interests of plan participants and beneficiaries. A recent editorial in the Wall Street Journal argues that the rule will “coerce” workers and businesses into supporting progressive policies. “Retirement plan sponsors won’t merely be allowed to prioritize climate and social factors in how they invest,” the Journal editorial board claims. “They could be sued if they don’t.” Should this become the general perception and the DOL fail to correct it, ERISA’s exclusivity requirement becomes a dead letter. The new rule is thus a test case of whether the executive branch can nullify the express intent of Congress enshrined in statute law through regulatory rulemaking.

Rupert Darwall is a senior fellow at RealClearFoundation, researching issues from international climate agreements to the integration of environmental, social, and governance (ESG) goals in corporate governance. He has also written extensively for publications on both sides of the Atlantic, including The Spectator, Wall Street Journal, National Review, and Daily Telegraph.