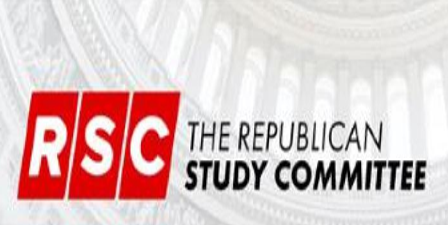 TOPLINE: We as congressional Republicans have an urgent duty to tell the truth about what’s REALLY in the Democrats’ $3.5T big government socialist takeover and warn the American people what’s coming.

This bill is a disaster and should be polling at 20%. We all know it.

So, how can we explain the 52–55% approval its garnered in the polls? The chief reason that it keeps polling favorably is because we haven’t done a good enough job letting the American people know what’s in it.

Here’s what happens to public opinion when the public learns what’s in these Democrat bills. In March, before Democrats’ $1.9 trillion package passed, 70% of Americans said they favored it. Polled again in August—five months after the bill was enacted, only 35% of Americans said the bill was helping improve the economy or will do so in the future.

To be fair, this is the Democrats’ strategy. They’ve played ‘hide the ball’ with the bill text so as not to tip off the public as to what they’re putting in their bills. Then, they bring it to the floor and tout some poll numbers and scare their members into voting for it.

Luckily, due to Democrats’ stalled legislative agenda, we have bill text and a window into their plan. If we effectively communicate about this bill, we’ll see those poll numbers drop.

I’ve directed staff at the Republican Study Committee to pore over the bill’s pages and produce for you a summary of the worst parts of the bill. Please read and share these points on social media, newsletters, opinion-editorials, and whatever other format you use to get your message out.

Conclusion: Each of these 42 bullets is enough to vote against the bill. Taken together—it’s mind-blowingly corrupt. We need to loudly oppose it.

Democrats are scattered. The Biden agenda is in question. It’s the perfect opportunity to build public sentiment against this bill. The American people need us to be the vanguard against the Left’s radical plans.

It’s not an understatement to say this bill, if passed, will fundamentally change our country forever— Americans will wake up in a few years and wonder what happened to their freedom. We can’t let that happen.