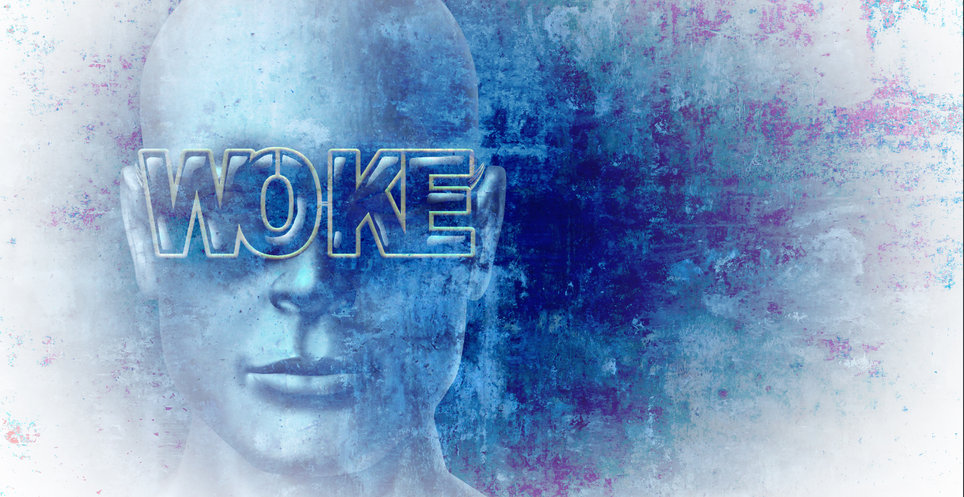 Vivek Ramaswamy calls himself a traitor to his class. In his new book, Woke, Inc., the Ohio-born Hindu shows how that, once corporations discovered “wokeness,” they began using their professed allegiance to “woke” causes to make more money. Their allegiance is not to the American people, but to the almighty dollar.

Woke, Inc., exposes far more than the betrayal of corporations Americans have favored with limited liability, subsidies and tax breaks, and customer loyalty. A key factor aiding woke theology’s capture of American business by woke theology is “stakeholder capitalism.” Activists infiltrate corporate boards and pressure businesses to join their crusade to destroy all the vestiges of human liberty earned over centuries.

Ramaswamy takes us through his career, first as a Harvard student, then to an encounter with Goldman Sachs, and later as he founded and ran the biotech company Roivant – until his passion for speaking truth to power became a liability to his shareholders.

At Harvard, and again at Goldman Sachs, he learned that much of what individuals and corporations do to day in the name of “public service” is insincere pandering to gain “brownie points” that look good on resumes and corporate social responsibility reports.

Ramaswamy’s book unveils the “how” and also the “why” that big business has become a party to pushing America into becoming just another “belt and road” nation, following the Chinese communists along the pathway of government control of institutions and individual lives. Businesses, he says, discovered that affirming their “wokeness” can shield them from investigations into corrupt practices, even environmental destruction.

Ramaswamy traces the rise of “wokeness” in American business to abuses of corporate limited liability and the business judgment rule (BJR), along with the European-style penchant for environmental, social, and governance (ESG) investing. He reminds us that the limited liability corporation was created to enable investors to escape personal liability for corporate failures, thus limiting their liability to the actual amount they invested.

Limited liability, Ramaswamy asserts, is “nothing short of a man-made superpower” tempered only by the corresponding fiduciary obligation to operate a corporation for the maximization of overall shareholder value, which means maximizing profits – but not for social purposes. Yet today corporations increasingly focus on social and moral issues, abusing the limited liability superpower to overly influence, or even set, government policy.

Congress, by ceding much of its authority, including regulations with the force of law, to unaccountable bureaucrats, created a monster that often acts to expand its own power with no regard for economic and social impacts. Similarly, corporations have ceded authority to power-seeking managers who often serve outside constituencies that boost their personal interests rather than prioritize the interests of shareholders and executives.

Ramaswamy argues that reining in BJR abuses is a key to ending the tyranny of corporate managers. Under common practice, plaintiffs must prove a director had a financial conflict of interest when making a decision, but in reality, he says, not all human motivations, not all conflicts of interest, are financial. The BJR, he adds, makes little sense if it protects executives who act on their own (or stakeholder) interests ignoring maximizing shareholder value.

As early as 1973, the World Economic Forum was touting its “Davos Manifesto,” which called for a new business code of ethics in which executives were told that seeking a return on investment must be subsumed to serving their workers, employees, and society as a whole and to harmonize the different interests of the stakeholders. Profit? Who needs it?

Ramaswamy cites the 2008 financial scandals as the turning point toward corporate wokeness. Treasury Secretary Henry Paulson played favorites in doling out free money to big banks without having to explain his rationale. A year later President Obama did the same with U.S. automakers. Wall Street in 2011 adopted Occupy Wall Street’s demands about race and gender as a shield for nefarious activities. Ramaswamy says the “marriage” of big business and woke culture was “made in hell.”

Courts, the Justice Department, and woke nonprofits, Ramaswamy charges, have joined with bad actor large corporations in a huge ripoff of the American people. The method: Businesses get huge civil or even criminal penalties for bad deeds, but courts and the DOJ cut deals in which the corporation pays only a fraction of the announced penalty NOT to the U.S. Treasury but to woke nonprofits. The offender corporations even get to brag that they have donated the money.

China has become “the spider at the center of the global web of stakeholder capitalism” by demanding that corporations turn over both their business secrets and the personal data of U.S. (and other) customers. The price for most favored business status includes keeping quiet about human rights abuses, copyright theft, and other Chinese crimes. In the name of woke morality, true morality is tossed out the window.

U.S.-created social media giants have become the gatekeepers of wokeness, anointing themselves as the sole arbiters of “truth” in science and silenced dissent, copying the Chinese Communist Party. Examples include banning of the 45th U.S. president, suppressing negative information about the 46th president, barring deviations from “official” COVID-19 facts and policies, and a myriad of factual information inconvenient to the reputations of its “friends.”

Much of what these tyrannical mega-corporations have suppressed later proved to be accurate, yet special protections [in section 230 of the Communications Decency Act] shield these behemoths from liability for suppressing truths and promoting falsehoods. Politicians continue to throw up their hands as the woke media assume the role of regulating and censoring public opinions in ways no governmental actor can. Their exercise of power over the content of public discourse, Ramaswamy laments, “is without precedent in human history.”

How can we combat wokeness? Ramaswamy argues that wokeness is not just “like” a religion, it has become a religion. In declaring “whiteness” as sinful on its face, the very white Robin DiAngelo opened the door for the “woke” to declare the entirety of Western history, thought, art, and music as “racist” and thus necessarily needing to be erased. [Shades of the French Communists trying to burn the Louvre to the ground.]

The Church of Diversity’s ever-changing “rules” sabotage our language, our traditions, our legal and social structure, the relationships of parents to children, and more. Universities adopted wokeness to avoid disruptions that could include assaults on professors and even university assets. “Woke” virtue signaling has become so strong the woke can demand “infidels” be de-platformed, fired, their bank accounts and credit cards closed, and even their revenues seized.

To combat wokeness, Ramaswamy proposes what he calls “critical diversity theory,” a new vision for achieving true diversity of thought and experience. CDT is based on the premise that organizations can better define their true purposes by encouraging diverse viewpoints in the decision-making process. By contrast, woke “diversity” narrowcasts thought and weakens institutions by deemphasizing excellence, opportunity, and civility.

CDT is, Ramaswamy hopes, part of the antidote to wokeness. Direct confrontation with the woke is a losing battle, because of their collective power to “cancel” anyone who tries. The true solution is to gradually rebuild a vision for shared American identity that is so deep and powerful that it dilutes wokeness to irrelevance, no longer able to divide us for corporate or political gain.