The internal probe was launched in response to social media posts from Jan. 6, which appeared to show officers violating department regulations and policies. 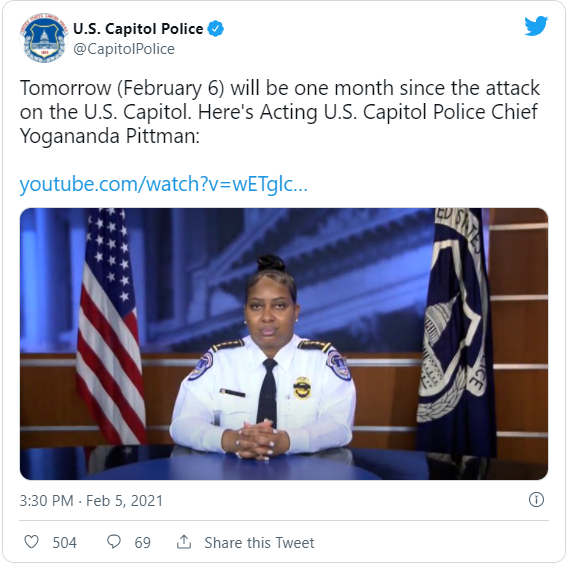 “Our Office of Professional Responsibility will investigate these behaviors for disciplinary action, up to, and including termination,” a statement released by Acting Capitol Police Chief Yogananda Pittman said.

Thirty-eight internal investigations were started by the USCP’s Office of Professional Responsibility (OPR) since Jan. 6, but they were only able to identify officers involved in 26 of the cases, the department said in a Saturday statement. Misconduct was identified in six out of the 26.

One additional case is pending for an officer accused of “unsatisfactory performance” and “conduct unbecoming,” according to their press release. USCP disclosed that this investigation was launched following a criminal investigation, although charges were never filed.

“The Department is committed to accountability when officers fail to meet the standards governed by USCP policies and the Congressional Community’s expectations,” the statement said. (RELATED: Capitol Police Apologize For Failures During Capitol Riot)

“The bravery and courage exhibited by the vast majority of our employees was inspiring.”