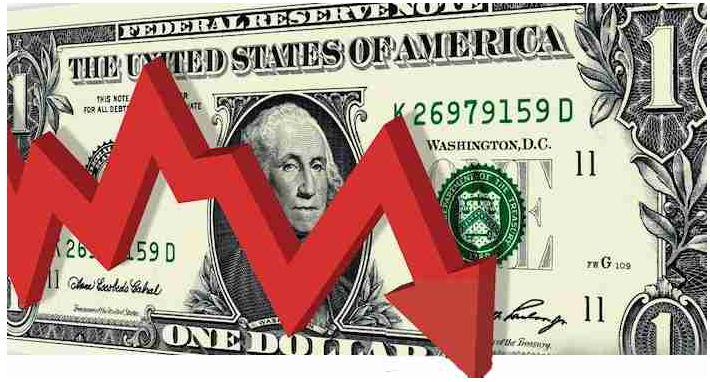 The world oil market still basically functions in Dollars, which allows the Dollar domination of the global financial system

The actions of the Biden administration and the fiscal irresponsibility of Congress have the potential of fulfilling the Globalists’ plan to sideline America.

The combination of Biden suspending the sale of F-35s to Saudi Arabia, and the reintroduction of H. R. 2393 (NOPEC – No Oil Producing and Exporting Cartels Act)  spell great danger for Americans.

These two actions, as they relate to the Petro Dollars, and an under-reported deal that Saudi Arabia just signed with Russia, may just spell the collapse of the U.S. Dollar and the official end of American hegemony in the world.

From 1944 until 1971, under the Bretton Woods Agreement, the demand for Dollars had been supported by the gold that backed them. But, by the end of the 1960s America’s irresponsible Guns & Butter spending on the Vietnam War and the Great Society, spawned a rush by nervous countries to cash in their Dollars for gold. In 1971, rather than ending post-Vietnam conflagrate spending and putting the U.S. financial house in order, President Nixon ended the Bretton Woods Agreement, and unhinged the Dollars from gold – letting it float.

The unsupported Dollars faced possible collapse, as evidenced by “oil shocks”  and considerable economic instability and inflation. In dire need to stabilize the Dollars in 1973, the U.S. used its tremendous military capabilities to create an “oil for Dollars” deal with Saudi Arabia. Saudi oil was to be denominated in U.S. Dollars. Countries would need to exchange their own currency for Dollars to buy Saudi oil. As consideration for this deal, Saudi Arabia would be sold weapons and given protection from other Middle East nations, including Israel. Ultimately all OPEC nations agreed to sell their oil in U.S. Dollars.

The result of this Petro Dollars system, in conjunction with an increased oil demand, created an artificial basis for U.S. Dollars. Simply translated, OPEC countries purchased American goods with U.S. Dollars they received for their oil. This allowed the Fed to continue to print Dollars in spite of there being no intrinsic monetary value to support the (fiat) currency expansion.

If the Petro Dollars were to fail, there is a distinct possibility that the U.S. economy would fail, and today’s so called transitory inflation might become unrelenting hyperinflation.

The U.S. economy might collapse under the weight of a debt service (interest payments) approaching 100% of GDP, which hasn’t happened since WW2, when the U.S. had the single strongest economy on Earth, and an unlimited potential for growth.

America’s status as a Superpower would end, changing the world as we know it.

The world oil market still basically functions in Dollars, which allows the Dollar domination of the global financial system. If other currencies supplanted the Dollar in oil trading, it would reduce the demand for the Dollars, which, as mentioned, allows the Fed to print Dollars in spite of the currency having no backing in gold or a sustainable relationship to GDP.

America’s global influence would diminish as U.S. sanctions would be without force.

While many Americans believe that the invasion of Iraq was over Oil, it was over the Petro Dollars related to oil. A couple of years before the U.S. invaded Iraq, Saddam joined with several other countries and announced that they would begin accepting Euros for oil.

There is some credible thought about the Petro Dollar being the basis for our antagonism towards Libya, Venezuela, Bolivia, Burma and Iran, among others. Albeit geopolitical reasons can intertwine to cause events, the above nations are all oil exporters that have threatened to discontinue or actually have discontinued selling in Petro Dollars.

The intentionally disastrous manner of the pullout in Afghanistan may just have been the last nail put into the coffin of the late great United States of America.

While our NATO allies are disgusted and angry over the manner of the pullout, the more significant issue facing the U.S. is that Saudi Arabia may be convinced it is time to act on its long standing threat to replace the Petro Dollar. The negative implications of this occurrence cannot be overstated.

China, the fifth largest oil producer is already listing its oil in the Yuan. Russia, the second or third largest no longer uses the Dollar.

In the midst of this potential financial disaster, Biden has reduced our ability to remain energy independent, and we are now buying oil from Russia. To add to this negative situation, NOPEC legislation, ostensibly aimed at punishing and controlling OPEC, has reappeared – “To amend the Sherman Act to make oil-producing and exporting cartels illegal.”

A coupling of recent world events with America’s unyielding appetite for spending,  and few willing buyers to whom to sell its Dollar denominated debt,  America will be facing an unsustainable debt service,

While the frightful scenario of  the Petro Dollar being replaced has been on the verge of  coming to fruition for many years, never have events pointed so clearly to this becoming a reality – and never has the U.S. economy and national security been as vulnerable to the ramifications of such an event.