FBI: No Coordinated Attack on Capitol 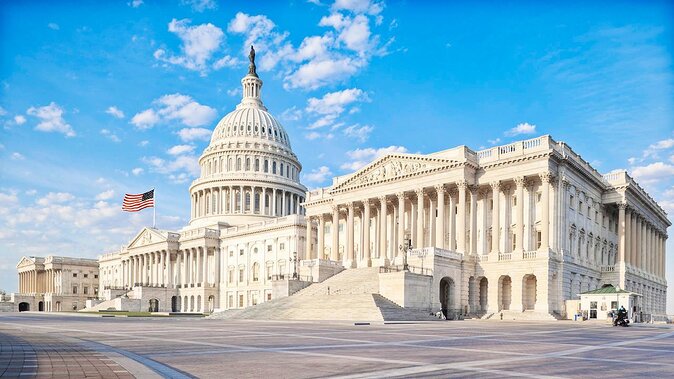 FBI: No Coordinated Attack on Capitol

According to a Reuter’s article published August 20th, “the FBI has found scant evidence that the Jan. 6 attack on the U.S. Capitol was the result of an organized plot.”  Speaking to former and current law enforcement officials, journalists have learned that most of the cases were “one-offs,” Apparently most incidents were just ticked-off individuals who got caught up in the frenzy of the crowd.  Despite this “scant evidence,” the FBI has arrested nearly 600 people and are reportedly treating them like Gitmo terrorists.

The Reuters article also suggests that Congress has been thoroughly briefed by the FBI, so members should be fully aware of the scant evidence. This hasn’t slowed the Democrat narrative.  The corporate media, the DNC’s public relations arm, continues to forward the DNC talking points that Trump and his supporters carried out a plot to overthrow the government, coronate Donald Trump king of the galaxy and sexually assault AOC along the way.

Interestingly, the article characterizes the January 6th event as the most “violent attack on the Capitol since the War of 1812.”  This is a reference to the 26-hour siege by 4,500 British troops during which the Capitol, the White House, the War Department and other federal buildings were set ablaze.

Aside from the apparent trespassing, vandalism and hotheads brawling with riot police, the only death officially connected to violence and not to natural causes was that of Ashli Babbitt. The unarmed Babbitt was shot for climbing through a broken window, amidst the frenzy.  Allegedly 138 officers were “injured” on January 6th.  From reports those seem to be minor injuries.

Much more significant violence has happened at the Capitol since 1812. Perhaps, Mark Hosenball and Sarah N. Lynch lost their internet connection while writing the Reuters article and weren’t able to take 45 seconds to discover any history. Here is some of what they missed:

March 1, 1954 five Congressmen were shot in the House of Representatives.

March 1, 1971 the Weather Underground bomb the House of Representatives. (this is the group who’s leader mentored Barak Obama).

November 7, 1983 the “Armed Resistance Unit” bombed the second floor of the Senate wing of the Capitol.

While there is scant evidence of real journalism in corporate media; there does seem to be evidence of a coordinated plot to decieve the people.