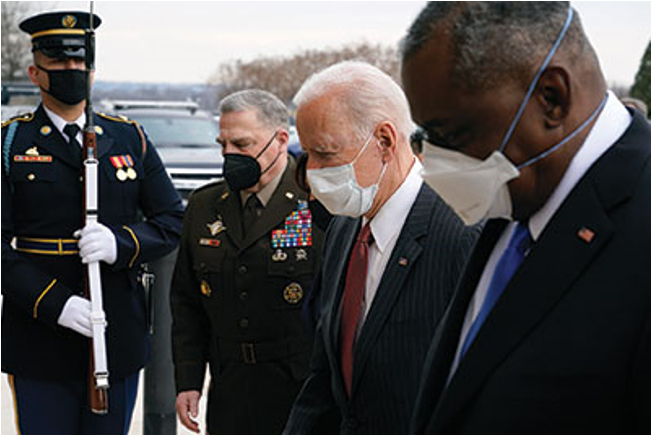 Afghanistan has fallen. The “last flight” of Americans out of Kabul International Airport has flown. But our Forever War on the other side of the world is far from over.

In an August 30 press statement, as that last evacuation flight was leaving, the commander of the U.S. Central Command, Marine Corps General Kenneth “Frank” McKenzie, admitted that “hundreds” of Americans were left behind. Despite the repeated affirmations by President Joe Biden, Defense Secretary Lloyd Austin, Chairman of the Joint Chiefs of Staff General Mark Milley, and other administration spinmeisters that “all” Americans would be evacuated, an unknown number of Americans remains trapped there. According to General McKenzie, “we think that the citizens not brought out number in the low, very low, hundreds.” Given the spectacular intelligence failures, dithering, and systemic lying we have witnessed from the White House, Pentagon, and State Department over every aspect of the August Afghanistan collapse, we can now expect to face continuous national trauma and humiliation as these hundreds of American hostages are hunted down, tortured, and killed — perhaps beheaded on live TV — or are bartered for more American concessions.

Before that happens, heads should roll among the globalist policy elites who are responsible for this debacle, starting with the Oval Office and proceeding through Defense, State, and CIA. Where are the firings? Where are the resignations? Don’t look to the Biden White House, the Blinken State Department, or the Austin Defense Department. In one of the nation’s most critical moments, Joe Biden, in his press conference on the growing crisis in Kabul, presented an embarrassing image of senility and ineptitude, as he tried to exculpate himself from any responsibility for the disaster and place all blame on President Trump. But Joe Biden must take the blame for Afghanistan’s rapid, deadly, and catastrophic descent into chaos and the cruel Taliban rule he has fastened on that nation.

In truth, though, Joe Biden wasn’t really calling the shots, as any honest observer who has watched his pathetic public appearances and steady mental deterioration over the past year must acknowledge. The mumbling, bumbling, stumbling, grumbling “commander in chief” can barely read his cue cards. He publicly tells us that he has been “told” not to take questions at pressers, or has been “instructed” to take questions from this or that Fake News “reporter.” So, who is instructing and telling Joe Biden what to do? Well, we might take a clue from one of his erstwhile colleagues in the Obama-Biden administration, Hillary Clinton. While serving as Obama’s secretary of state, Clinton made a speech at the Washington, D.C., office of the Council on Foreign Relations (CFR), the brain trust and public face of the globalist establishment that has been promoting world government and engineering America’s decline and defeats for the past century.

Following her introduction by CFR President Richard Haass, Clinton referred to the organization’s New York headquarters as the “mother ship” and confessed that the U.S. State Department looks to the CFR “to be told what we should be doing and how we should think.”

In our June 7, 2021 issue, “CFR: Still the Power Behind the Throne,” we not only named the many CFR members holding key posts in the Biden administration, but also provided an historical table showing the dominance this subversive organization has held in both Democratic and Republican administrations reaching back to World War II and the administration of Franklin D. Roosevelt.

Of course, when it comes to war, presidents and their cabinets must rely on their generals and admirals for execution of foreign and military policy. In our “CFR: Still the Power Behind the Throne” issue cited above, we published an article entitled “The Deep State and Our Military,” which catalogs the CFR’s gradual penetration and takeover of our nation’s military services and academies. Our 20-year war in Afghanistan — at a cost of more than 2,300 lives lost and more than $2 trillion spent — was run by CFR generals who constantly lied to the American public with rosy pronouncements on alleged progress and the readiness of our Afghan “allies.”

Eighty-seven retired generals and admirals have signed a letter from Flag Officers 4 America calling on Generals Austin and Milley to resign. Yes, they absolutely should resign, as should Biden. But that will do little permanent good unless Biden’s CFR handlers are exposed and also booted out.