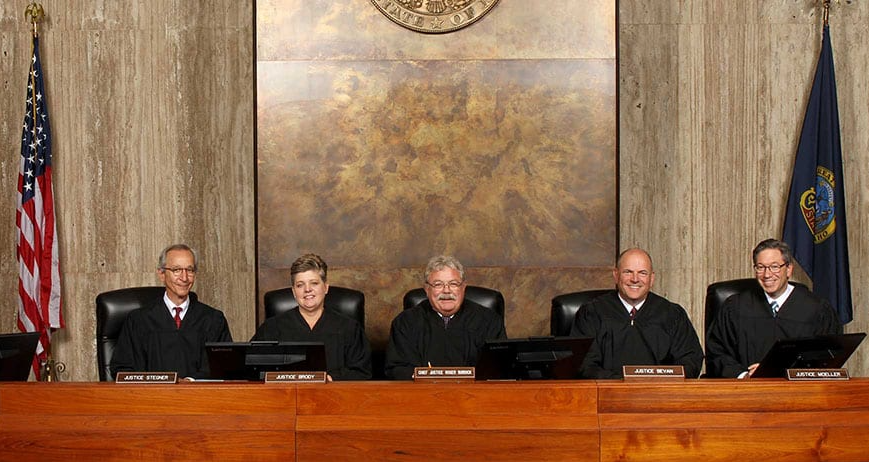 It’s not surprising that the Idaho Supreme Court ruled against a new law requiring more uniform collection of petition signatures in order for an initiative to qualify for the ballot. What is shocking is how badly the court twisted itself into knots to justify its decision to the satisfaction of the state’s leftists.

Contrary to what the court said, the true story of the state’s constitutional amendment allowing for direct democracy starts in 1911. This is when the Legislature took up, in earnest, the “progressive” era’s goal to let the people propose and pass laws at the ballot box. But lawmakers got stuck on two key details: how many signatures should be required to put a question before voters, and what threshold should be required for passage. Lawmakers even contemplated an 80% threshold for passage.

Lacking a resolution but wanting to move forward with an amendment for voters to ratify in 1912, the compromise that the House and Senate forwarded to voters was a constitutional amendment that said that the Legislature would get to decide “under such conditions and in such manner” that initiatives make the ballot. Additionally, the amendment read that no initiative could pass unless approved by a majority of electors casting their ballots for governor.

The Direct Legislation League, which was the principle advocate for the initiative process being added to the constitution, was horrified by these two details but initially accepted it as “half a loaf being better than no loaf.” Later, the league officially reversed its position and opted to oppose the initiative amendment. But the amendment passed anyway, and it remained in that form until 1980, when voters removed connection of the results to the gubernatorial election.

The point being that the Legislature never intended to create what the state Supreme Court now labels as a “fundamental right.” In truth, the initiative was always supposed to be a process that was well restricted under the terms and conditions set by the Legislature, with a somewhat high bar for passage.

The court, though, decided to ignore all of this, building its arguments around a 1915 bill that the governor at the time, Moses Alexander, vetoed citing constitutional concerns. There is no real legal basis for denying the Legislature its constitutional prerogative to oversee the initiative process. But it’s obvious that the court is now an activist bench, substituting its judgement for that of the state’s elected representatives and senators.

The court decided that the Legislature’s explanation for wanting signatures gathered across the state, including in rural counties, is just not good enough. Because the court said it’s not and as is usual for legal proceedings, the court need not be right; it need only have the last word.

Idaho’s top jurists now view the initiative as a vehicle to act “in a democratic fashion to protect minority interests when the Idaho legislature would not,” as the justices ruled unanimously. They  declared the Legislature’s efforts to limit the initiative to be “tyranny of the minority.” This, of course, turns our constitutional republic on its head, wherein safeguards exist to prevent the majority from riding roughshod over the minority via “mob rule.”

This is the kind of crappy result you get when no one is asking about the political and ideological leanings of the members of the court. This summer, when Little appointed government lawyer Colleen Zahn to the Supreme Court to fill a vacancy, I asked his office what he had done to ensure that a conservative was being added to the bench. Two emails brought no response, and that speaks for itself.

Equally bad, in judicial elections, candidates show up for Republican events, virtue signalling with their attendance that they might be conservatives while refusing to answer any questions about their stances. This is for the formula that has been used to move the judicial branch to the left over the last two decades, allowing the likes of Jim Jones to rise to the rank of chief justice.

Idahoans deserve to know if their laws are being evaluated by people aligned with Ruth Bader Ginsburg or with Antonin Scalia. Without the right questions getting asked, or with judicial candidates refusing to answer, the court is now firmly planted to the left of center, validating the concept of mob rule, and cutting in its wake legal precedents that are dangerous to the state’s future.