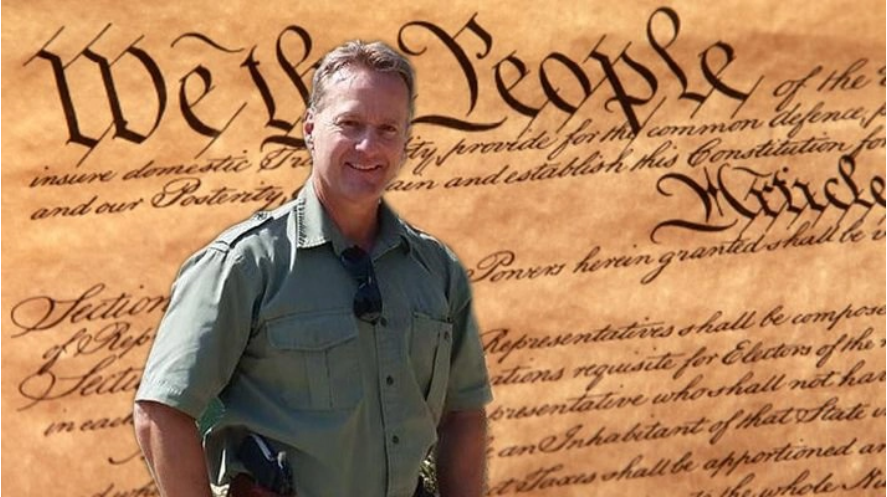 Residents of Ada County may recognize the name Doug Traubel. He was the number one choice of the Ada County Republicans and endorsed by the True Idaho News editorial board to fill the position of Ada County Sheriff. Ultimately, Traubel’s writings were taken out of context and he was smeared by left-leaning groups. Traubel recently sat down with True Idaho News editor Daniel Bobinski on Bobinski’s radio show to discuss the events, and also talk about what it means to be a Constitutional sheriff.

The recording of Bobinski’s interview with Traubel can be heard here.

In the interview, Traubel explains how, as a new policeman in a town seven miles from the Mexican border, he attended an academy run by the San Diego Sheriff. It was there that he learned the difference between police and sheriff. Traubel said, “A city is a municipal corporation, and so city police are basically, in a manner of speaking, security officers for a municipal corporation.”

Traubel said police chiefs are appointed by and serve at the pleasure of a city’s mayor, whereas the office of sheriff is a Constitutional position. Sheriffs are elected by the people to protect their liberties as outlined in the Constitution.

“I liken it to wedding vows,” Traubel said, “You take it front of witnesses. Why? Because those witnesses expect you to uphold it, and you should feel convicted if you break your oath – or your vow. And so, a Constitutional sheriff … when making policy or policing decisions, that oath should be at the center of his thought process. It should be a source of conviction and restraint.” Traubel also clarified some of the statements from his book that were taken out of context by left-leaning organization as well as several county commissioners.

Traubel’s book, titled, Red Badge: A veteran peace officer’s commentary on the Marxist subversion of American Law Enforcement & Culture, was published in 2016. The book explores the militarization of America’s police forces, the growing trend of incarceration for profit, and the steady erosion of individual rights, among other topics. The book is well-researched and presents verifiable facts, but as discussed in Traubel’s interview, comments from his book were taken out of context and used to smear him.

Traubel has agreed to do a short series for True Idaho News on what it means to be a Constitutional sheriff.

About The Voice of Conservative Values In May of this year, the organization ConservativesOf: contacted True Idaho News editor Daniel Bobinski and asked if he would like to host a half-hour talk show. Thus was born The Voice of Conservative Values, which airs each Saturday morning at 8:00 am on KBXL, 94.1 FM in the Treasure Valley. The show features guests talking about local as well as national issues and examining them from a conservative perspective.

All shows from The Voice of Conservative Values are archived on KBXL’s website and can be found here. People outside of the Treasure Valley who want to listen to the show can do so via KBXL’s “Listen Live” link.

The team at True Idaho News works to provide you solid news you can trust.
A quick click here and you can help enhance that effort, allowing for more stories – without the progressive spin. Every bit of support helps.
Contribute today. Thank you!