An Open Letter to My WA State’s U.S. Representative – Hypocrisy is Not a Virtue 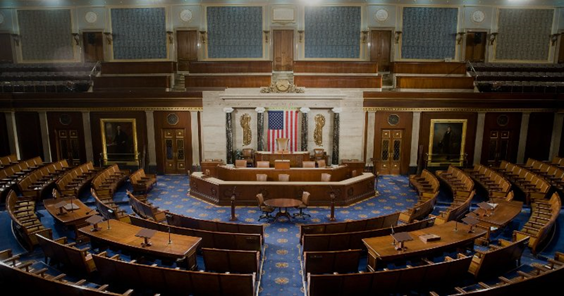 An Open Letter to My WA State’s U.S. Representative – Hypocrisy is Not a Virtue

I am taken aback by the hypocrisy of your July 21 newsletter entitled, “Inflation Hits Home in Eastern Washington.”

In the newsletter, you rightly point out that, “Hardworking families in Eastern Washington and across the country are being crippled by widespread inflation.”

Yes, inflation is harming hardworking families. Prices always increase whenever deficit spending necessitates creating new money at a rate greater than the increase in real goods and services in the economy. That inflating of the money supply always decreases the value of the dollar and diminishes its purchasing power for American workers, families, and the elderly on fixed incomes.

You go on to state that, “President Joe Biden and the Democrats’ out-of-control spending has caused prices on everyday goods to skyrocket, and our families are paying the price.”

Blaming Joe Biden for rising prices while excluding Donald Trump from the discussion of inflation is pure hypocrisy.

You further state that “It’s clear President Biden and the Democrats have a spending addiction, and it’s time to bring it to an end.”

Yes, I again concur. However, it’s equally clear that when you and your fellow Republicans held full control of every branch of government in 2017 and 2018, both deficits and debt increased. Therefore, your statement condemning President Biden and the Democrats for having a spending addiction is blatantly hypocritical and obviously calculated to deceive fiscally conservative voters into thinking you stand for their values, though you clearly do not. It has been rightly said that the essence of a lie is the endeavor to deceive.

Your closing line states that “Over the next few weeks and months, Congress will vote on annual spending bills, and I am eager to reign in this radical spending…”

However, the most radical spending of the last year and a half, and I expect in our nation’s history, has been COVID economic relief bills signed by both Presidents Trump and Biden, of which you proudly stated, “This year (2020), I have supported trillions in emergency relief…” You take credit for perhaps the single greatest cause of debt and inflation in our lifetimes, yet declare yourself eager to rein in radical spending.

Please know that I hold no personal animosity – this is not hate mail but a matter of principle.

In your defense, I expect the newsletter is really the work of your office staff using talking points passed down from party leadership and their paid consultants who decide what messaging will be the most politically advantageous, even if it means being deceptive and hypocritical.

Likewise, I presume much of your voting record is the product of direction and pressure from party bosses. I would hope it is not your own idea to continue the deficit spending that is crippling America’s families with widespread inflation.

Nevertheless, you do own your share in your party’s perpetual deficit spending (along with Democrats), just as you bear ultimate responsibility for the deceptive and hypocritical messaging put out by your office in your name.

However, the ultimate responsibility lies with we the people. We are the ones who have elected representatives with no fiscal restraint, no adherence to the constitutional limits placed on their power, and who hypocritically blame each other for our country’s impending fiscal ruin. We have failed in our duty to hold our public servants accountable. We are the ones who, instead of removing misbehaving servants, have reelected them.

Criticizing another for what we ourselves are also guilty of is hypocrisy, and hypocrisy is not a virtue.

Published with Permission of ‘Perspective’ at robertpeck.net