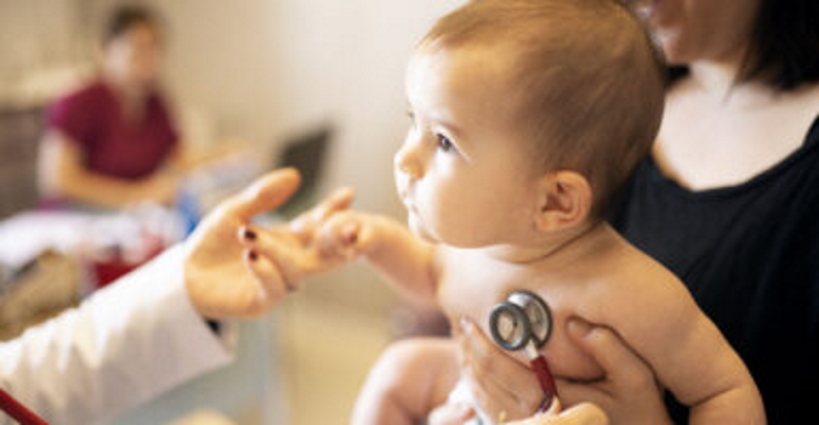 Another formerly serious institution in America has gone woke.

The American Medical Association, a professional association and lobbying group for physicians and medical students, issued a report in June calling for eliminating biological sex on birth certificates.

The policy change is being promoted on WebMD social media, which is why it’s suddenly garnering more attention. 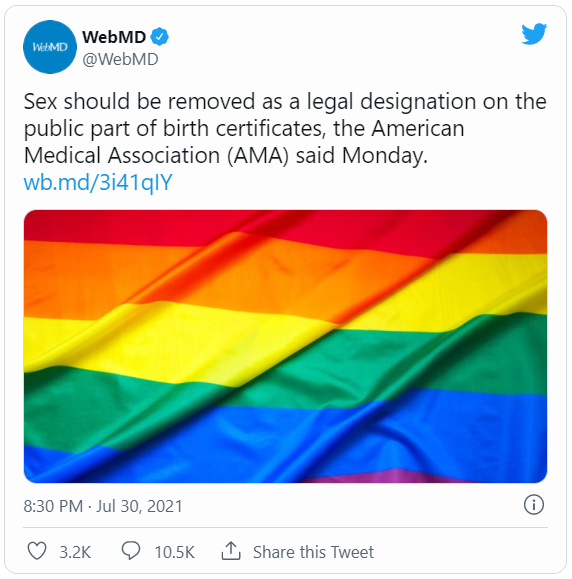 The American Medical Association’s formal statement on the matter is filled with woke jargon and pregnant with left-wing ideological views.

“Designating sex on birth certificates as male or female, and making that information available on the public portion, perpetuates a view that sex designation is permanent and fails to recognize the medical spectrum of gender identity,” Dr. Sandra Adamson Fryhofer, chairman-elect of the AMA’s board, said. “This type of categorization system also risks stifling an individual’s self-expression and self-identification and contributes to marginalization and minoritization.”

So, is this about individual “self-expression” or science?

The AMA did not suggest stripping biological sex from the U.S. Standard Certificate of Live Birth, which relays information to the government for statistical purposes. Instead, this change would apply to the birth certificate, which also includes information about birthplace and parentage and often is used for the purpose of identification.

As Kylee Zempel pointed out in The Federalist, why is the American Medical Association making recommendations for essentially non-medical documentation?

This is hardly the first time the AMA has waded into political and social issues.

In May, the organization released a “racial justice” and “health equity plan” that relied heavily, and explicitly, on critical race theory.

In one section, the AMA’s plan states: “We must adopt collaborative and participatory approaches and ensure that we use the theories (intersectionality, critical race theory, etc.), tools and approaches that allow us to consistently identify, elevate and work with marginalized groups in any spaces.”

Like every other institution captured and corrupted by the left, it’s about race and gender all the time and all through the same lens.

It’s no surprise to see the AMA go all in on left-wing gender ideology, a cornerstone for the diversity, equity, and inclusion faithful.

The American Medical Association simply is reinforcing the reason why many Americans’ trust in institutions is collapsing.

A recent Gallup poll shows that Republican support of the institutions of “science” has dropped precipitously—nearly 30 points—since the 1970s, while Democrats’ trust has gone up.

Some on the left point to this as an example of how conservatives don’t “believe” in science, missing the fact that the Gallup poll was about science as an institution specifically.

And that’s the main problem here.

We now see how one institution after another, at a rapid pace, drops any pretense at neutrality and simply adopts left-wing social positions.

These institutions then use their power to ensure that American society conforms to these norms that they’ve set, regardless of public support.

Science, medicine, business, good governance, and everything else must be put on the sidelines for the cause, the radical activists say. Those who disagree will be treated with suspicion and contempt, or simply will be canceled.

These trends have been well covered in media and academia, particularly the social sciences. But now we are seeing more and more corporate wokeness, and even the hard sciences are falling under the sway of left-wing ideology.

The managerial class in government agencies, corporate boardrooms, and professional organizations have flipped on a switch, transforming themselves into social justice warriors.

Medicine clearly isn’t immune. As journalist Katie Herzog has documented, woke gender ideology has a powerful grip on the field of medicine and is infecting America’s top medical schools.

It was only a matter of time before related institutions such as the American Medical Association fell in line.

But where does this trend leave medicine itself? If medical institutions commit to advancing this ideology over simply practicing medicine, it’s not hard to see how the field will be corrupted. As Herzog wrote in June:

This dogma goes by many imperfect names—wokeness, social justice, critical race theory, anti-racism—but whatever it’s called, the doctors say this ideology is stifling critical thinking and dissent in the name of progress.

They say that it’s turning students against their teachers and patients and racializing even the smallest interpersonal interactions. Most concerning, they insist that it is threatening the foundations of patient care, of research, and of medicine itself.

It’s an awful precedent and one that eventually will have profound effects on our society if left unchecked.

We are setting ourselves up to depart from the age of enlightenment—a time of profound developments in government, science, and medicine led by the West—into a new dark age of ideologically motivated iconoclasm and speech suppression.

This will not end well.