THROW IT OUT NOW! Popular Conservative Brand JUST Turned On Its Base! 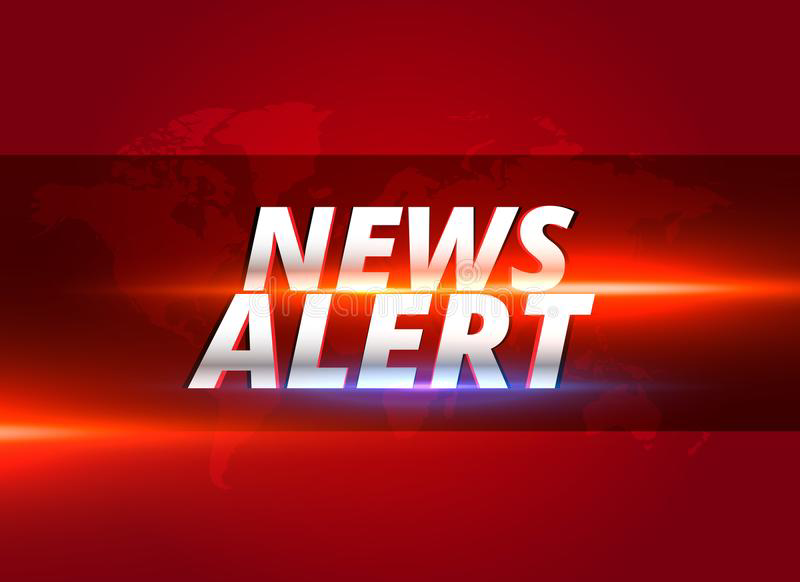 THROW IT OUT NOW! Popular Conservative Brand JUST Turned On Its Base!

Just add another conservative charlatan to the list of places that we no longer can support in my opinion.

It appears that Black Rifle Coffee has exposed who they really are in a recent New York Times interview, and it was a really HUGE eye-opener.

Black Rifle Coffee who we all thought was pretty fond of its conservative base is in fact, not too fond of it all. The coffee company did not hold back with how they see the conservatives who sip their coffee on a daily basis and pad their pocketbooks.

The executives made remarks that Kyle Rittenhouse and those who defend him are racists who need to be “flushed down the toilet.”

Maybe someone should remind these grifters that Rittenhouse was chased down by violent ANTIFA thugs and was forced to shoot or else be killed that night in Kenosha. 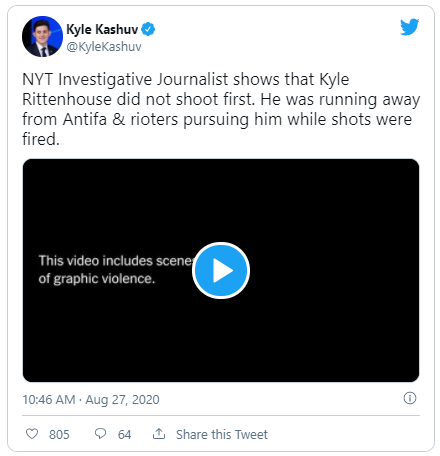 Sadly, the damage was already done.

Black Rifle Coffee has ditched the conservative base that pumped up its sales the past several years.

And you can expect those sales to plummet in the near future. 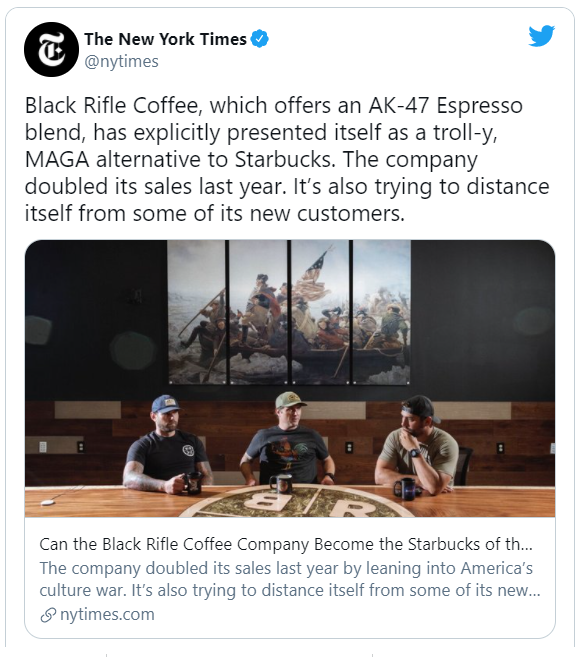 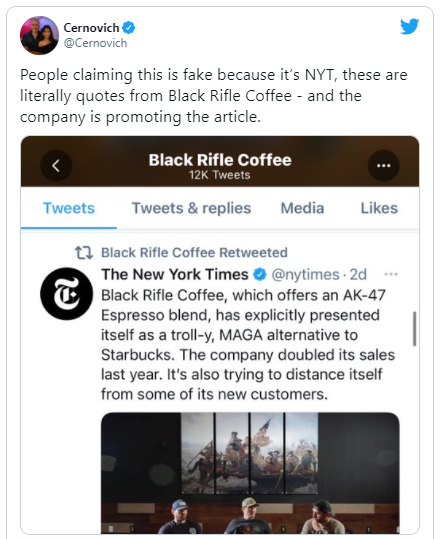 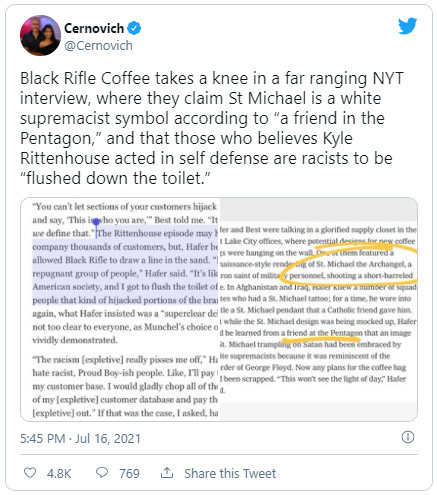 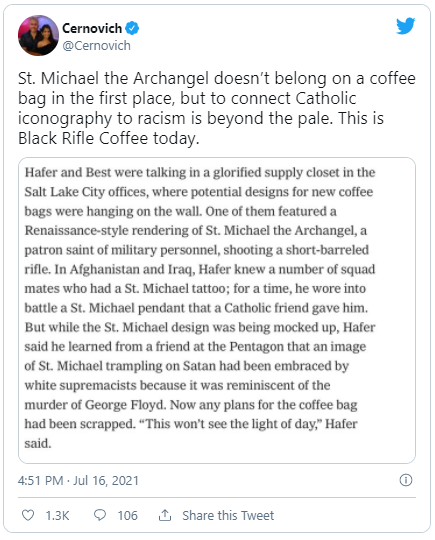 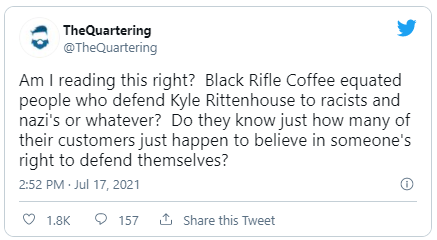 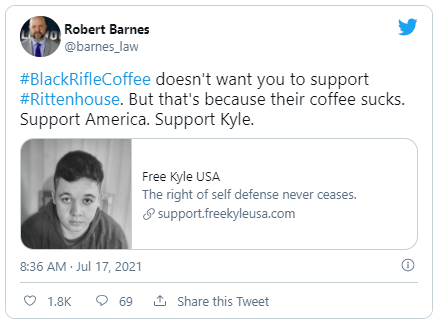 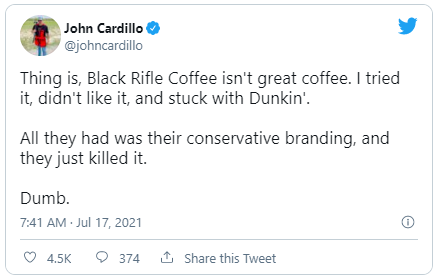 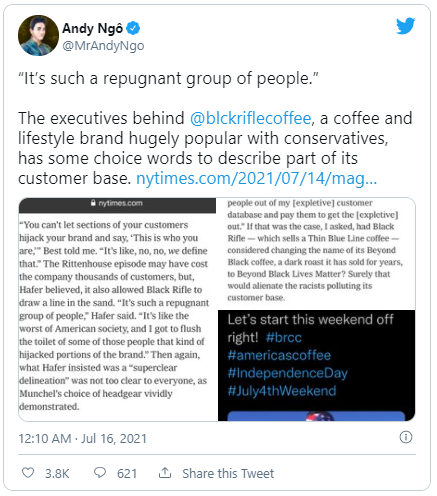 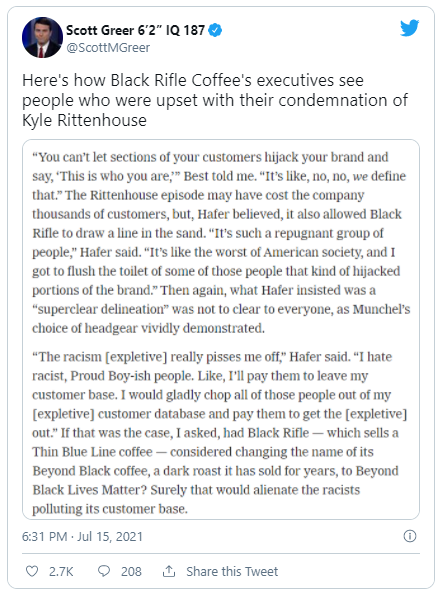 The founder of Black Rifle Coffee, the ‘America first’ alternative coffee company that received an endorsement from Trump in 2017 and sponsors conservative media outlets like The Daily Wire and BlazeTV, had extremely harsh words for some of his customer base in a recent interview, calling them “such a repugnant group of people,” among other things.

The company started in 2014 branding itself as pro-military, pro-firearm, pro-law enforcement, and ‘anti-hipster.’ All of which are popular views among the right – hence why the brand gained popularity in the conservative and MAGA movement in 2017.

Despite building the brand off of a very distinct message that is targeted at conservatives, the owner did not hold back when describing how he wanted to “flush the toilet of” some of the customers that doubled their sales over the past 3 years.

In his interview with The New York Times, Evan Hafer decided to ‘roast’ some of their loyal customers by denouncing supporters of Kyle Rittenhouse and “racist Proud-Boyish people”.

“You can’t let sections of your customers hijack your brand and say, ‘This is who you are, it’s like, no, no we define that.”

“It’s such a repugnant group of people. It’s like the worst of American society, and I got to flush the toilet of some of those people that kind of hijacked portions of the brand.”

Hafer seemed all too excited to finally get his 15 minutes of glorifying coverage from the neo-Marxists at the Times.

“The racism [expletive] really pisses me off. I hate racist, proud boy-ish people. Like, I’ll pay them to leave my customer base. I would gladly chop all of those people out of my [expletive] customer database and pay them to get the [expletive] out.”

His responses prompted the reporter to gleefully ask him if Black Rifle Coffee would change their popular ‘Beyond Black’ Blend’s name to ‘Beyond Black Lives Matter,’ so they could easily “alienate the racists polluting its customer base.”

Will there ever be a company that won’t go woke?  Will, you still be drinking it?