Booing Obama on His Self-Centred 60th 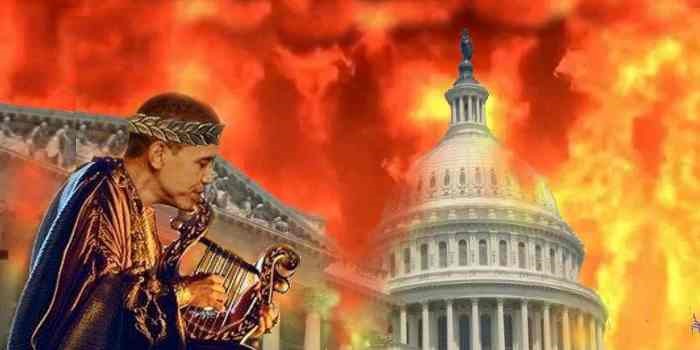 Booing Obama on His Self-Centred 60th

In the very midst of the tragic decline of America— set off during his divisive two terms in the Oval Office—Barack Hussein Obama is throwing himself a lavish Birthday Bash in his $12-million, 7,000-square-foot Martha Vineyard’s mansion.

You’d think this self-made celebrity president poseur was celebrating his 16th rather than his 60th Birthday.

But when you have as much money as you do conceit, why not celebrate the Fundamental Transformation of America—main cause of its current decline—with 500 celebrity guests, more than 200 of them staffers?

Mainstream and social media are, as usual, more than a few paces off base

Only a vainglorious Obama would throw himself a Birthday Bash in the midst of a pandemic during which so many little people are suffering real hurt.

“Former President Barack Obama has come under fire for his plans to host nearly 500 people at his Martha’s Vineyard mansion for his 60th birthday, despite a nationwide rise in COVID cases. (Daily Mail, August 2, 2021)

“The former president is set to turn 60 on August 4, and is said to be planning a large soiree at his 7,000-square-foot mansion in the Edgarton section of Martha’s Vineyard next weekend.

“An official familiar with the plans told Axios that there are now 475 confirmed guests for the party – including Oprah Winfrey, George Clooney and Steven Spielberg – with more than 200 staff members.”

Why is it that an egomaniac is under fire for partying despite “a nationwide rise in COVID cases, which is what many other Democrats are doing, rather than having brickbats tossed his way for being self centred and demonstrating such incredible poor taste?

It’s because mainstream and social media are, as usual, more than a few paces off base.

No swabs up the noses of any celebrities, please!

Obama’s 60th is a testimony to the subject that currently dominates all “NEWS”:

“All guests will have to be COVID tested and vaccinated and the party will be held outdoors on the Obama’s $12 billion 30-acre waterfront property.  (Daily News)

No swabs up the noses of any celebrities, please!

“But Francis Collins, director of the National Institutes of Health, said Sunday on CNN that big parties should be avoided. (Daily Mail)

“‘If you’re talking about a small party like I might have at my house for six or eight people who are all fully vaccinated, I do not believe, at this point, we need to put masks on to be next to each other,’ he said.

“‘But if there were 100 people, and, of course, how are you really going to be sure about people’s vaccination status?’ There will also be a ‘COVID coordinator’ to ensure all proper protocols are being followed, but it remains unclear what proof of a negative COVID test or a vaccine will be required, and whether guests will be required to wear masks.”

And how typical of most NIH statements that are one thing today, something else tomorrow

Will that be the guy drunk in the corner wearing a lampshade?

And how typical of most NIH statements that are one thing today, something else tomorrow.

“The party comes just one month after nearby Provincetown saw a surge in coronavirus cases from the July 4 holiday.(Daily Mail)

But that was only the nation’s birthday, not half as important as Obama’s!

“The New York Times reports that the community, at the tip of Cape Cod, was crowded with over 60,000 people, many of whom were maskless, during the holiday. (Daily Mail)

“Officials did not worry about it, however, as the community had one of the highest vaccination rates in the state.

“But since then, scientists have traced 965 cases to the gatherings, 238 of them involving Provincetown residents.
Fortunately, only seven people were hospitalized and no deaths were reported.”

Doesn’t this build on suspicions that the pandemic really could be more hype than fact?

“Martha’s Vineyard does not qualify as an area of ‘high’ or ‘substantial’ risk, but Massachusetts Governor Charlie Baker has recommended that even vaccinated people wear face masks.” (Daily Mail)

Of course Martha’s Vineyard does not qualify as an area of ‘high’ or ‘substantial’ risk, or Barack and Michelle wouldn’t hang out there!

Rain or shine, Obama’s party will take place next weekend at the $11.57 million seven-bedroom home he and Michelle bought in 2019, which includes an in-ground pool and plenty of space to relax on warm summer days.

“President Joe Biden will not be attending the soiree, the White House announced, with a spokesperson telling Axios in a statement: ‘While President Biden is unable to attend this weekend, he looks forward to catching up with former President Obama soon and properly welcoming him into the over 60 club.’ (Daily Mail)

There’s plenty of time for Biden to get instructions from the “real” president other than at his Birthday Party.

Judi McLeod is an award-winning journalist with 30 years’ experience in the print media. A former Toronto Sun columnist, she also worked for the Kingston Whig Standard. Her work has appeared on Rush Limbaugh, Newsmax.com, Drudge Report, and Foxnews.com.