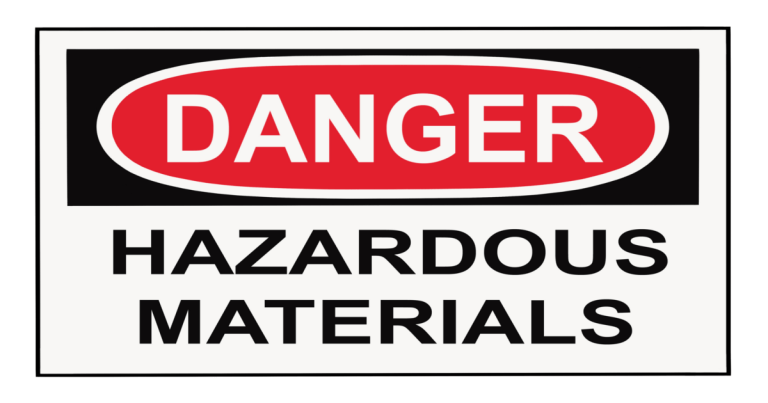 The following is not intended to provide legal advice.

However, it is very much intended to alert employees about a federal law that may enable them to fend-off employers’ mandates to “get the jab or get fired.” For employees that are “vaccine hesitant” – i.e., are rational* – this federal law is something about which they may want to seek professional advice.

*Rational in that something “doesn’t pass the smell test” when one considers that:

a) We are being subjected to an unprecedented pressure campaign to compel people take a “vaccine” that is experimental and authorized only for emergency use, not tested for safety and efficacy and only then approved, as is normally the case with vaccines;

b) Accompanied by an unprecedented censorship campaign to stifle voices that question that “vaccine” campaign;

c) Which “vaccine” campaign targets even those who’ve already had the CCP Virus, and so have natural immunity; and even worse, targets children, who are not at risk;

d) All supposedly to address a “pandemic” for a virus with an over-99% recovery rate to begin with;

e) A virus for which there are low-cost, highly effective therapeutics treatments – Hydroxychloroquine and Ivermectin.

Without a doubt there is an agenda at work here, and it’s not public health and safety.

So, what might “vaccine hesitant” employees do when confronting employer “get the jab or get fired!” edicts? A long-standing federal law, Section 7 of the National Labor Relations Act, provides certain protections to private sector employees, whether they are in a union or union-free environment.  It is administered through the National Labor Relations Board (NLRB), which describes those protections thus:

Section 7 of the National Labor Relations Act (the Act) guarantees employees “the right to self-organization, to form, join, or assist labor organizations, to bargain collectively through representatives of their own choosing, and to engage in other concerted activities for the purpose of collective bargaining or other mutual aid or protection,” as well as the right “to refrain from any or all such activities.”

If a group of employees opposing an employer mandate to either take a medically questionable, if not deadly “vaccine,” or be fired, does not qualify as a “concerted activity” that is for “mutual aid or protection,” then what is?

This concern is even more compelling at the present time, since the “vaccine” has not even been approved for safety and efficacy by the FDA (though it would not surprise if soon this “administration” bypasses normal testing protocols – and, for political not “science” reasons – issues FDA approval).

There are many reasons why, and paths forward, for employees to pursue “Section 7 rights” against employer vaccine mandates.  Again, from the NLRB:

You have the right to act with co-workers to address work-related issues in many ways. Examples include: talking with one or more co-workers about your wages and benefits or other working conditions, circulating a petition asking for better hours, participating in a concerted refusal to work in unsafe conditions, openly talking about your pay and benefits, and joining with co-workers to talk directly to your employer, to a government agency, or to the media about problems in your workplace. Your employer cannot discharge, discipline, or threaten you for, or coercively question you about, this “protected concerted” activity. A single employee may also engage in protected concerted activity if he or she is acting on the authority of other employees, bringing group complaints to the employer’s attention, trying to induce group action, or seeking to prepare for group action. However, you can lose protection by saying or doing something egregiously offensive or knowingly and maliciously false, or by publicly disparaging your employer’s products or services without relating your complaints to any labor controversy.

Employees have resources that provide ammunition to use for, e.g., “petitioning” their employers, such as America’s Frontline Doctors and Children’s Health Defense.

For example, ponder this excerpt from the Children’s Health Defense document titled: NOTICE FOR EMPLOYERS, UNIVERSITIES AND OTHER INSTITUTIONS MANDATING COVID-19 VACCINES:

All COVID-19 vaccines are merely authorized, not approved or licensed, by the federal government; they are Emergency Use Authorization (EUA) only …

EUA products are by definition experimental and thus require the right to refuse. Under the Nuremberg Code, the foundation of ethical medicine, no one may be coerced to participate in a medical experiment. Consent of the individual is “absolutely essential.” A federal court held that the U.S. military could not mandate EUA vaccines to soldiers. Doe #1 v. Rumsfeld, 297 F.Supp.2d 119 (2003). The court held: “…the United States cannot demand that members of the armed forces also serve as guinea pigs for experimental drugs.” Id. at 135. No court has ever upheld a mandate for an EUA vaccine.

The liability for forced participation in a medical experiment, including injury or death, may be incalculable. Medical and religious exemptions will be insufficient to overcome the illegality of EUA vaccine mandates.

Here is a link to a similar form from America’s Frontline Doctors.

If a group of employees – politely and respectfully – presented such information to their employers, surely it would prompt the executive leadership and its legal counsel to reconsider issuing such a mandate (or reason to rescind a mandate already imposed).  Particularly if pertinent questions about potential future liability were posed, such as:

Q: Since vaccine manufacturers are immune from liability due to health issues (including death), attributable in whole or in part to the vaccines, will “XYZ Company” commit to waiving any and all defenses against suit so that employees (and former employees) forced by this company to take the vaccine have recourse for damages?

Q: Firefighters in many jurisdictions have a legal presumption of workplace exposure causing cancer for purposes of workers’ compensation and disability pension purposes.  Is “XYZ Company” going to provide such a legal presumption for our employees for health issues that arise from the mandated vaccine, even if the injection did not occur in the workplace?

Q: What is the current position of the “XYZ Company” workers’ compensation carrier(s) for illness or death attributable, in whole or in part, to the vaccine?  What about the carriers providing short and long-term disability, and life insurance, for your employees?  If not covered at present, will “XYZ Company” procure and maintain same, with adequate coverage amounts, for its employees, including survivor benefits? [It’s a pretty good bet that the insurance industry IS NOT going to assume the risk for these “vaccines,” as the actuarial risks and potential costs would be massive; likely bankruptcy-level.]

Q: While the vaccine manufacturers are exempt from law for liability due to health issues arising from the vaccines, what are the financial resources of “XYZ Company” to pay claims should the vaccine turn out to be the “NEW ASBESTOS?”  Do you have, and will you maintain, adequate insurance (and reinsurance) to cover any and all potential claims?

As said, a group of employees raising such questions, doing so in a federally-protected manner, will likely “cool the jets” of many employers and their legal counsel – prompting them to abandon a “vaccine” mandate.

Some employers will surely plow ahead with vaccine mandates (with or without FDA approval status).  A documented record of those employers having been presented with material such as the above could prove invaluable in later litigation (e.g., on behalf of deceased employees and their survivors) – for it would demonstrate that the employer “knew, or should have known” the risks to which they subjected their employees, and yet proceeded anyway.

Speaking of litigation, such a petition (or other forms of “protected, concerted activity”) could also prove invaluable to employees later suing for, e.g., wrongful termination.  Should the “vaccines” prove as ineffective and/or dangerous as many credible parties predict, then such litigation could be widespread against employers who subjected their entire workforce to the Hobson’s Choice of “imperil my life with the vaccine, or be fired.”

For this reason (again, we’re not here providing legal advice here), employees may want to consult with professional advisors about not voluntarily resigning to avoid the jab, but instead waiting for their employer to terminate them for refusing the jab, so as to preserve potential future legal claims.

Yet another potential legal cause of action could be retaliation claims against the employers (whether under federal or state law, or both).  Again, from the NLRB website:

Section 8(a)(1) of the Act makes it an unfair labor practice for an employer “to interfere with, restrain, or coerce employees in the exercise of the rights guaranteed in Section 7″ of the Act. For example, you may not [as the employer]

Threaten employees with adverse consequences if they engage in protected, concerted activity. (Activity is “concerted” if it is engaged in with or on the authority of other employees, not solely by and on behalf of the employee himself. It includes circumstances where a single employee seeks to initiate, induce, or prepare for group action, as well as where an employee brings a group complaint to the attention of management. Activity is “protected” if it concerns employees’ interests as employees. An employee engaged in otherwise protected, concerted activity may lose the Act’s protection through misconduct.)

Discharge, constructively discharge, suspend, layoff, fail to recall from layoff, demote, discipline, or take any other adverse action against employees because of their protected, concerted activities.

In this regard, being proactive rather than reactive to a pending employers’ CCP Virus “vaccine” mandate could be beneficial.  That is because if, for instance, a group of employees presented a petition to the employer expressing concerns before such a policy is announced, in later litigation there might be a viable claim that the employee was later terminated in retaliation for engaging in protected concerted activity, and not just for refusing to imperil their health by taking the “vaccine.”

In other words, a retaliation claim could provide employees’ attorneys with another arrow in their quiver.  Better yet, the risk of retaliation claims might prompt employers to decide not to carry out threats of termination (whether that employer had already announced a mandate or not).

There are more-than-legitimate concerns about the safety and efficacy of the “vaccines” – especially since NO ONE KNOWS the potential long-term health effects.  These “vaccines” have already demonstrated a much higher rate of adverse reactions than vaccines that had completed the entire study and review process for safety and efficacy.

People need their jobs.  Employers “going with the flow” of the pressure campaign to force people into getting the vaccine are placing their employees into an untenable position – and effectively become collaborators (co-conspirators?) with whatever agenda is actually driving this.

Hopefully the above will prove useful for employees across the land in helping them oppose (and better yet avoid) such “get the jab or get fired” mandates; and for those who become victims of such mandates, to help provide a means to later hold those employers legally accountable.

I am the author of the book Communiqués From the Vast Right-Wing Conspiracy– available on Kindle ($2.99) and in paperback ($12.99). Please consider supporting my work by purchasing and reading.  Thank you.