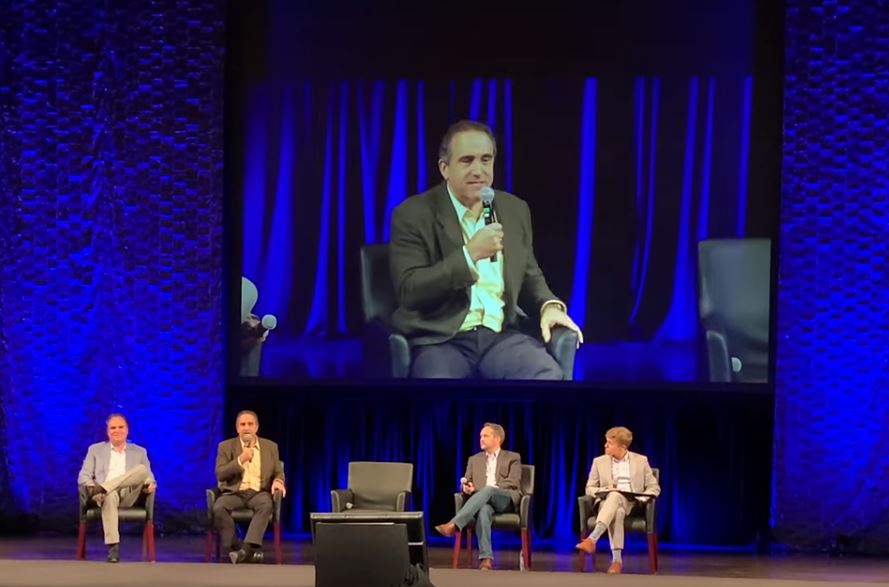 The gloves were off at Freedom Fest in Rapid City, SD last week when CFACT and the Heartland Institute squared off against representatives of the American Conservation Coalition (ACC) and the C3 Solutions organization in a climate change debate. At issue was how libertarians and conservatives should approach the climate change issue.

CFACT and Heartland have long opposed compromising with the Left on climate change. The two organizations oppose the ideas that the “science is settled” and “America needs to move forward” to aggressively tackle the climate “crisis.” ACC and C3, in contrast, believe that climate change is indeed a serious matter (and thus concede that the UN and Greens are correct on the science), but hope to promote solutions that are less extreme than a Green New Deal.

Throughout the discussion, neither side gave an inch. You can watch an excerpt of the debate here.

The debate began with James Taylor of the Heartland Institute delivering a litany of stats and data that debunked a host of climate claims dealing with temperature records, severe weather events such as hurricanes, drought, and other things. He was followed by Benji Backer of ACC who didn’t challenge his data, but instead focused on polls showing that young people, even conservatives and libertarians, believed the climate claims of those on the Left to be true. He then urged conservatives not to challenge the science, but rather to try and move young people into embracing “market-based” solutions instead of those proposed in the Green New Deal.

This lit a fuse under CFACT’s Morano. Morano took aim at the claim that there was a legitimate scientific consensus underpinning extreme climate claims, noting that “to cite these kind of climate authorities is kind of like saying ‘well if Fauci said it, or the World Health Organization said it, so therefore you can’t disagree’…this is the exact position of Google, Facebook and all that.”

Things got even more testy when Morano took aim at Backer’s premise that libertarians and conservatives should accept the fact that young people are not misinformed on the science.

“We have to go to the heart of this, and the heart of this is what Benji said, ‘there’s no debate of this among young people.’ Well gee, what should we do then? I guess we’ll just agree and come up with our own ‘conservative’ solutions? No! There’s a reason young people are so indoctrinated into climate fear. It’s because the old people for 30 years have never shown a concern for climate. All of a sudden, the climate activists got real and said ‘let’s go after the young people, they’re more gullible.’ And that’s how they were able to convince a whole generation of young people that climate is a problem.”

He even chided Backer for his praise of Greta Thunberg during a Congressional hearing. 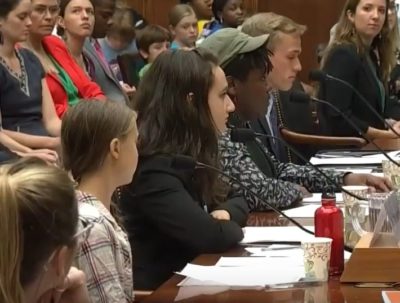 “My biggest concern is Benji sat beside Greta Thunberg at a Congressional hearing in 2019. He turned to Greta and thanked her for raising awareness to the climate issue for young people across the world. To me that was horrific. Greta Thunberg has done more to instill alarm in young people with scientific nonsense than any person in the world.”

The audience erupted into hearty applause.

Backer shot back, defending his praise of Thunberg by saying: “I sat next to Greta Thunberg, instead of you, because you cherry-pick the science in a way that is very harmful to the people in this audience, and the people in America, who have been misled by you and James’ cherry-picking data through sources that are not real.” 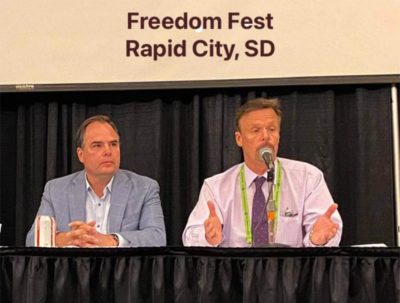 After the debate, the discussion moved to a side event hosted by the Heartland Institute where James Taylor and John Hart were joined by CFACT president Craig Rucker to delve deeper into the issues that divide the two sides. In a much more conciliatory manner, the presenters each offered brief synopses of their positions and entertained numerous questions from an engaged audience.

Make sure to watch the excerpt of the debate posted on YouTube.