The Gospel of Climate Change – Is Smart Growth Racist? 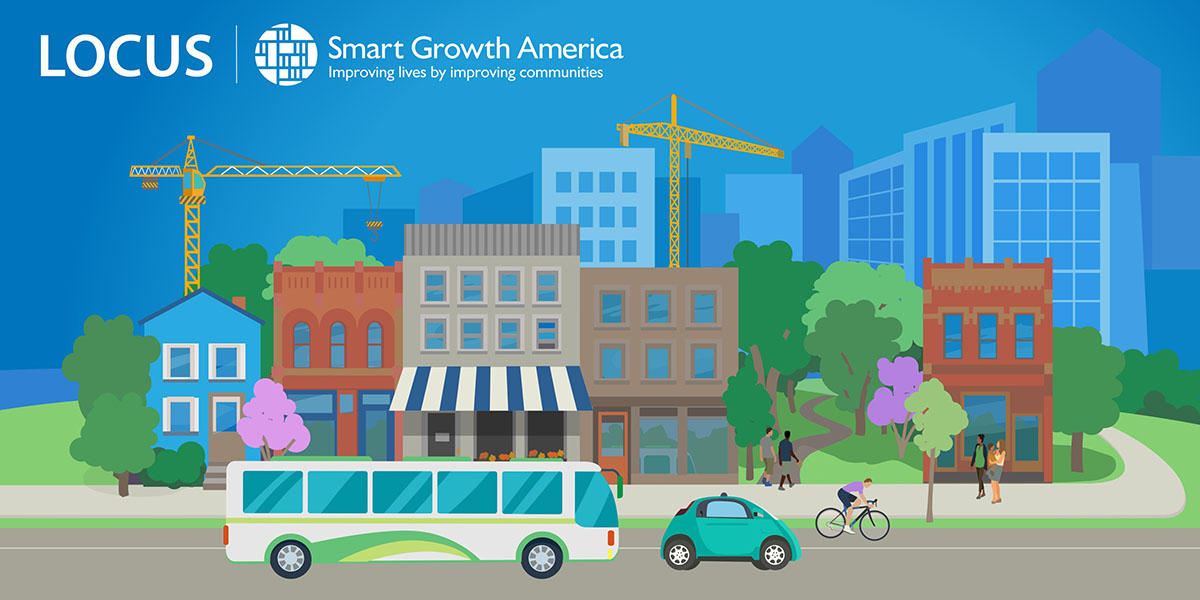 The Gospel of Climate Change – Is Smart Growth Racist?

In the 1990s, religion became the center of attention for the radical green movement with the establishment of the National Religious Partnership for the Environment (NRPE). Now, worshiping the creation instead of the creator would be the root of religion united throughout the world. After all, Christianity was the root of western culture and had to be eliminated if we were going to save the environment.

For the past three decades the NRPE, which operates out of a United Nations-sanctioned Non-governmental organization (NGO) called the Temple of Understanding,    has been the driving force behind the assault on Christianity. The Partnership is a formal agreement among four of the nation’s largest religious organizations, including the U.S. Catholic Conference, National Council of Churches, Coalition on the Environment and Jewish Life, and the Evangelical Environmental Network. In addition, The Union of Concerned Scientists (UCS) holds a special “consultative” relationship with the Partnership. Funding comes from (among others) Pew Charitable Trusts, Stephen C. Rockefeller, and W. Alton Jones Foundation.

The former Executive Director of the Partnership, Paul Gorman, said, “…how people of faith engage the environment crisis will have much to do with the future well-being of the planet, and in all likelihood, with the future of religious life as well.”

Today, NRPE’s efforts to impose its pagan framework into religious doctrine finds an overwhelming number of Christian churches accepting and promoting the Left’s radical WOKE propaganda agenda designed to promote victimhood and divide the races through the lie of environmental racism.

One of the most recent examples of misguided messaging pouring out of the new Christianity comes from a so-called “Adult Education Curriculum” produced by the National Council of Churches entitled, African Americans and Climate Change, and is listed under their category of “Eco-Justice.”  The policy taught in the program is directly related to the Biden Infrastructure plan designed to destroy private property ownership and control. Why? Because it’s racist, of course!

This new curriculum document includes instruction for organizing and hosting sessions for facilitating the pre-selected conclusion with Black church members that “African Americans are disproportionately impacted by climate change.” The class is first asked to write on a piece of paper this statement: African Americans in particular should be concerned about the issue of climate change.  Then the are to put an X next to either Strongly Agree or Strongly Disagree. Then the facilitator is instructed to host a discussion where each participant’s opinion is now – at the start of the class. That’s how the facilitation setup works – know who’s with you and who isn’t.

Next are a series of statements to be asked, with each participant answering whether they are true or false. Interestingly, the teaching document for the facilitator provides the correct answer – according to the doctrine. The statements include the usual positions on how climate change is the release of carbon dioxide and how 90% of all scientists agree it’s all caused by man. Each answer to these statements is marked true.

Then there are statements (with their predetermined answers) like these: Climate Change has a direct impact on ministry in our churches (true); Climate change does not impact the cost of housing (false); Unemployment and economic hardship associated with climate change will fall most heavily on the African American community (true); There is a direct connection between social justice, economic justice, and climate change (true).

Once the setup is established, there follows an intense discussion on all the usual climate change propaganda, particularly focusing on the suggestion that “heat waves will increase. Air pollution increases, and infectious diseases spread, under climate change.” The obvious purpose for this line of statements is this position, “Most people don’t think of climate change as a public health issue, and not as one that particularly affects African Americans.” “Heat waves,” says the curriculum, “have stronger effects on urban populations, and especially the urban poor, African Americans are nearly twice as likely as whites to live in poverty.”  There it is! The full purpose of this propaganda coming from the official doctrine of the church!

Of course, none of these climate change charges, presented as facts are true. Climate Change alarmists claim that about 2700 scientists agree with them and that these represent about 97% of all scientists. And so, they claim, it is an undisputable fact. But the fact is, there is no consensus in the scientific community over Climate Change. A U.S. Senate minority report says more than 650 scientists express dissent over man-made global warming claims. In addition, over 30,000 scientists have signed onto a petition that says there is no convincing evidence that human release of carbon dioxide, methane or other greenhouse gasses causes or will … cause catastrophic heating of the Earth’s atmosphere and disruption of the Earth’s climate.

But, without true facts presented, these charges become a powerful weapon to back up charges that Capitalism is a threat to human health – especially the poor — and will become a never-ending plague of pandemics, and that family neighborhood housing is keeping whites safer and therefore racist! Now, with such propaganda being pounded relentlessly into the minds of these folks, operated by a professional facilitator, trained in psychology to lead it all to the predetermined consensus, the outcome is obvious – division of the races, hatred for our economic system, and destruction of our culture. How dare the National Council of Churches spread such lies and hate? How does this fit into the true teachings of Christianity?

Again and again throughout the curriculum of this instruction, the subject of heat in the inner city as a threat to the poor is addressed as a health issue. “Urban areas are typically covered in surfaces such as asphalt and concrete, which retain heat…” The United Nation’s Intergovernmental Panel on Climate Change is quoted, “It’s the poorest of the poor in the world, and this includes poor people even in prosperous societies, who are going to be the worst hit.”

The new drive across the nation, especially outlined in Biden’s Infrastructure legislation, to remove zoning protection for single-family homes is an agenda to destroy private property and freedom of choice for housing. The mayor of Minneapolis recently said that people living in single-family, zoning-protected neighborhoods are actually self-segregating themselves from people they don’t want to live next to, and so that is racist! So now, the plan is to reestablish the poor residents from the inner city into public housing projects in single-family neighborhoods. That, they claim, is social justice!

Let’s review: environmental damage that has led to climate change has made living in heavily populated cities dangerous. Heat is far worse in the inner cities, causing disease, hardship, and higher cost of living, leading to more poverty.

Isn’t it interesting to note that today, in every single community in the nation, city councils and county commissions are busy working in their back rooms with environmental NGO groups to map out a whole new kind of city as they plan development for the future. The term is Smart Growth. Smart growth calls for the elimination of single-family neighborhoods, which have been labeled “urban sprawl.” Instead, planners like the American Planning Association (APA) are directing the rebuilding of neighborhoods close to down town – the inner city – to be converted into high-rise, pack and stack skyscrapers, containing hundreds of apartments. The plan calls for the elimination of private cars as they sell the idea that in this brave new city they can now walk to work or ride a bike to the grocery, or take public transportation for longer trips. Smart Growth – the new utopia, where we all are to live in harmony.

Hmm. Doesn’t that mean more concrete and asphalt, instead of single-family back yards of grass, thereby generating all that heat? In addition, the Green New Deal is calling for the great reduction in the use of air conditioning. Won’t that result in more heat? And as we have just passed through this covid pandemic, isn’t it interesting that the most cases have been in the inner cities where more people are congregated? Will Smart Growth now lead to more pandemics? Keep in mind, the stated purpose of Smart Growth is to change development in order to protect the environment!

So, it must be asked. Is Smart Growth racist? Based on the teaching by the United Council of Churches for African Americans, where they advocate that inner city living is more damaging to minorities, what other conclusion can we come to?

One more thought. Most environmental activists promoting these ideas, such as the Sierra Club, World Wildlife Fund, and the Nature Conservancy are run by whites. Are they racists to push such policies? According to a recent report in the Daily Wire, a group of minority rights activists are challenging the anti-climate change movement’s unquestioning embrace of sixteen-year-old Greta Thunberg and calling support of Thunberg over “woker” eco-spokespeople “racism,” and evidence of white supremacy.”

The fact is, none of this has anything to do with protecting the environment, uplifting poor minorities, or promoting Christian faith. The purpose of it all is to promote an agenda of submission to an all-powerful global control, as it destroys our economy, system of government, and freedom of choice for our own lives. Lies, fear, and ignorance are the most useful tools for their well-laid plans to tyranny, as we all suffer in their created misery. To echo that hard-to-forget voice of Greta Thunburg – HOW DARE YOU preach this gospel of lies?!

A native of Ohio, he’s been a candidate for the Ohio Legislature, served as editor of two newspapers, and has owned several businesses since the age of 23. In 1989 Tom led the only privately-funded election-observation team to the Panamanian elections. In 2006 Tom was invited to Cambridge University to debate the issue of the United Nations before the Cambridge Union, a 200 year old debating society. Today he serves as Founder and President of the American Policy Center and editor of The DeWeese Report.

For 40 years Tom DeWeese has been a businessman, grassroots activist, writer and publisher. As such, he has always advocated a firm belief in man’s need to keep moving forward while protecting our Constitutionally-guaranteed rights.