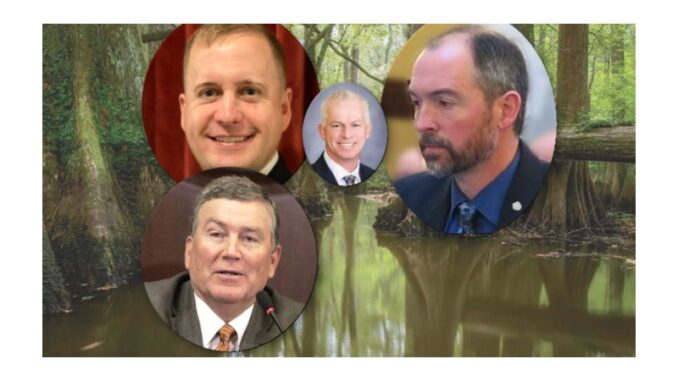 The Saga of the Idaho Legislative Swamp continues with accusations being made against Rep. Aaron von Ehlinger by Ms.[Jane Doe], a former page for the Idaho House.

Let’s start with the background info for the current allegations:

After dinner, they went to his apartment, got a little cozy but did not have intercourse. They did, however, get up close and personal, as it were. It was all consensual. She made comments afterwards that she was very heavily into smoking weed (marijuana). She also said, “I could make your life a living hell if I wanted to, but I won’t.”

I give this narrative mostly from the response filed from the attorney for Rep. von Ehlinger, as it is more complete and makes more sense to me.

[Jane Doe] is an 19 year old, single woman with a 3 year old son. She has claimed that something took place that is a crime of rape, yet the Boise police department have dropped this investigation and will not be pursuing it.

Her narrative begins on a false note, as she reported the crime took place on March 10th. Reading from the statement of Kim Blackburn, she is clear that it was the 11th when [Jane Doe] approached her and stated clearly that it was “last night” meaning March 10th. However, Rep. von Ehlinger has receipts that show the dinner took place two nights prior, on March 9th. How did this woman lose an entire day of her life?

That is a HUGE red flag to me! 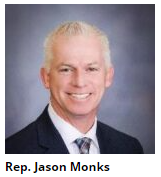 There are many other red flags as well. With her statements to von Ehlinger about how Rep. Jason Monks had given her money, and more, then having these exact same statements included in the official complaint is another Red Flag.

Additionally, Speaker Bedke has apparently warned legislators to “Watch out” or “Steer clear” of [Jane Doe] because she is “Trouble”.

Let’s not forget that von Ehlinger voluntarily took a polygraph test, which he passed easily. Has she done the same? And for those that may not know, it is standard procedure in many jurisdictions to have the accuser take a polygraph test.

While we are on the subject, since she has repeatedly brought up Rep. Monks, maybe we should ask him to clarify his relationship with this young woman through a polygraph, as well? Oh wait… he is one of the folks that signed the complaint against Rep. von Ehlinger. Could that be considered a conflict of interest? 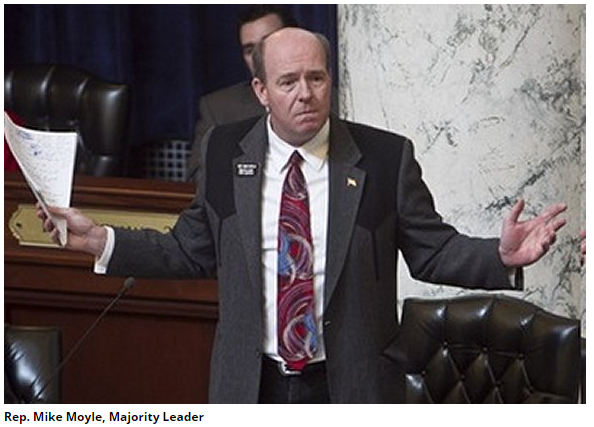 Who else signed the complaint? Rep. Mike Moyle, Majority Leader, who has had his own run-ins with Ethics: 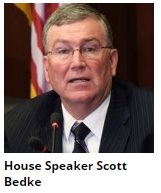 Then, of course, we cannot leave out the Speaker of the House, Scott Bedke. Allegations of his shenanigans with a young attache for the House State Affairs committee who clearly rebuked his behavior, can be read here:

The Truth About Our Morally Bankrupt Legislative Leadership

To our knowledge, these previous alleged ethics violations have never been fully pursued by the Ethics committee. Is it a case of picking winners and losers? It could just be a case of not approving of Liberty Legislators who vote to the right and get in the way of leadership’s agenda. If that is true, how many more legislators will will they try to oust from Boise unjustifiably?

Another case that got big headlines but was buried by the leadership connections is the saga of Christy Perry and Jim Guthrie.

Guthrie and Perry: Scandal In the Idaho Statehouse
Purple Ribbons for Senator Guthrie and Representative Perry 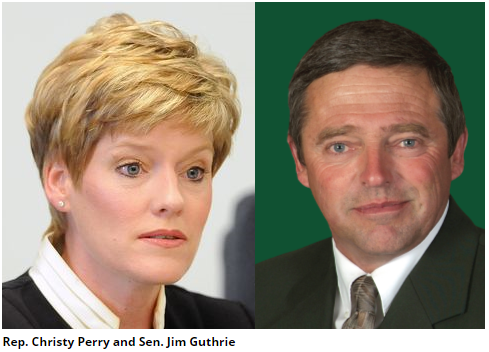 This long-term affair was never condemned by the Ethics Committee. However, they now want to challenge a young unmarried man having a dinner date with an unmarried woman, just because the woman made accusations she cannot verify?

In the age of the “Me Too” movement, what happens when men are falsely accused? Anyone can throw accusations around and they are expected to be believed, regardless of proof. Destroying a person’s reputation, credibility and livelihood are acceptable losses for someone with an agenda. Remember Brett Kavanaugh. These kinds of attacks are shameful and must be stopped.

The Chairman of the Idaho House Ethics Committee is Rep. Sage Dixon. Did he look at ALL the facts before authorizing this witch hunt? Dixon has authorized an internal, yet very public, hearing to deal with these allegations.

The House Leadership has hired an outside attorney, all to be charged to the taxpayers! Yet, the accused must hire representation and pay for this from his own pocket. When the persecution of a good man is paid for by the taxpayers, it is virtually a limitless fund. Not so for the accused. How is this fair to him?

It will be interesting to see how this plays out.

*UPDATE*  In the ethics hearing held on April 28, 2021, in Boise, Idaho, it was requested that all press refrain from posting the complaining witness name or photograph. We are complying with that request.