WAR ON “VACCINE HESITANCY” LOST! PREPARE FOR WHAT’S NEXT! 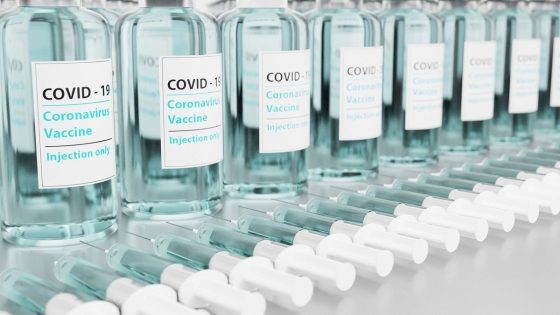 WAR ON “VACCINE HESITANCY” LOST! PREPARE FOR WHAT’S NEXT!

The mainstream media and the ruling class are disgruntled that they have lost the war on “vaccine hesitancy.” Those left un”vaccinated” are almost 100% unlikely to get the shot.

Polling shows that it’s over for the masters who demand we get the “vaccine” that isn’t a vaccine by any legal or other definition.

The Biden administration faces an uphill battle to meet its goals for Covid-19 vaccinations, as a newly released poll shows that 80% of American adults who haven’t yet received the jab have no intention of ever doing so. The propaganda has failed as the United States hovers around 50% as far as slaves willing to bow down to and obey their masters and get “fully vaccinated”.

The results of the Associated Press-NORC poll, which was released on Friday, revealed that 45% of unvaccinated respondents said they “definitely” wouldn’t be getting inoculated against the virus, with 35% indicating they “probably” wouldn’t do so. Only 19% of those who hadn’t been vaccinated intended to get the shots, and just 3% consider those plans definite.

The responses suggest there is little room for growth in US vaccination rates, because 67% of participants had already received the jab, and only 1% of overall respondents said they would definitely get inoculated. Just 5% said they would probably get vaccinated. Other unvaccinated Americans don’t plan to get jabbed, meaning around 73% is the apparent upside for the nation’s adult vaccination rate. -RT

Nearly 60% of adults are fully vaccinated, and the rate is 49% for the overall population. So the blame will go to those who disobeyed and refused to act like slaves. In Alabama, which ranks last in the nation, with just 34% of its population fully vaccinated, and only a trickle of residents rolling up their sleeves to get the shots, Governor Kay Ivey became so frustrated on Thursday that she said it’s “time to blame the unvaccinated folks” for rising Covid-19 infections.

With most unvaccinated Americans firmly entrenched in their decision, some public-health experts are calling for tougher measures to force people to get the shots. Dr. Anthony Fauci, Biden’s chief medical adviser, has called for local governments, businesses, and schools to mandate vaccination because the administration would face too much public backlash if it tried to make the jabs compulsory.-RT

The real problem is still coming. They did not get enough people convinced to take this shot. So what’s next? A real pandemic that will do damage that people can see with their eyes this time? Don’t put it past them.  They could also start blaming the deaths of the vaccinated on the unvaccinated more vigorously even though logic and critical thinking say it isn’t possible.

Stay alert and aware.  Finish those final preps.  Water is going to be vital with heatwaves still coming, so enhance any preps for long-term water storage, rainwater collection, or filtration. Now is the time to finish off figuring things out.