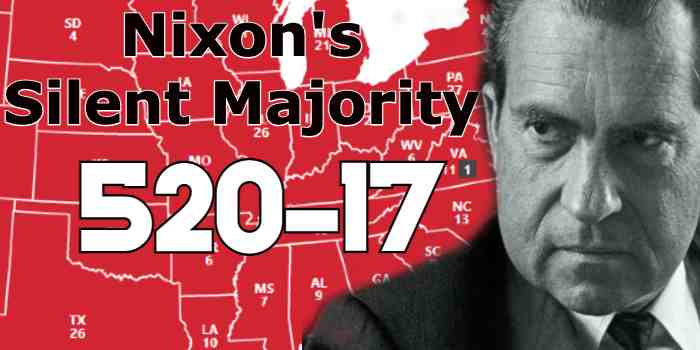 The days of the easy-going silent majority are over.  It’s time to raise your voice and take action on all fronts.  Otherwise the country you love will be lost forever

Silent majority in the United States is waking up.

Today, most Americans focus on work and family and trust that our elected officials will work FOR us, and if they don’t, they hope the folks who pay attention to such stuff will vote them out.

But after five years of hysteria over Donald Trump, the media has hyped so many radical liberal causes to the point where many conservative Americans feel they are an endangered minority.  If we speak up, we feel we will be ridiculed or ostracized by our friends and co-workers, or even lose our jobs.  People with conservative bumper stickers have had their cars vandalized, and those wearing patriotic clothing have been harassed and physically assaulted.

There are so many issues that face us, we can easily be overwhelmed and simply give up on political discourse, which furthers the idea that liberals rule the day.

But the silent majority in the United States is waking up – not in a uniform manner, but on an issue-by-issue basis.  They know what their eyes are seeing on the nightly news and they aren’t fooled one bit by blatant liberal spin.

Parents of college-aged kids are now seeing “critical race theory” being taught, claiming whiteness alone causes unavoidable unconscious racism, and nothing can be done to fix it, but giving special privileges to everyone who ISN’T white as a down-payment.

If they live in border states, they have been horrified by the policies of the new administration which are leading to massive increases in local crime, horrible hardships for immigrant women and children, and a free flow of drugs into our country.

Things came to a head with the George Floyd riots, where Democrat mayors and governors gave out-of-state agitators free rein to incite locals to loot and burn businesses.  Anyone with eyes could see that protesting is not stealing flat screen TVs and designer tennis shoes.  They saw footage from New York of organized thieves driving up to electronics and jewelry stores while police were ordered to stand by.

Those who were arrested were released immediately, and the charges were later dropped.  New laws were passed in liberal cities ending cash bail “in the interest of fairness to minorities” which has led to an unprecedented level of crime and violence in our most vulnerable populations.  Then came ridiculous demands to “defund police” while 70% of the minorities in affected districts want MORE police, not fewer.

The 2020 elections were a turning point

The 2020 elections were a turning point.  Everyone watched Trump rallies with tens of thousands of enthusiastic supporters and contrasted them with Biden’s events with 20-30 people in six-foot circles.  On election night they saw videos of Republican poll watchers being thrown out of Democrat-controlled districts and windows being papered to hide what was going on.  They saw videos of ballots being counted late at night when no one was watching, and the same stacks were run through the machines multiple times.  Ballot counting was halted simultaneously in five liberal states and when things started up again the results magically shifted to Biden.

Americans are not stupid.  They know the fix was in.  They know lying and corruption at the highest levels was involved.

But by far the strongest reaction has come from the government and medical communities’ response to the COVID-19 “pandemic.” When it was first noticed in March of 2020, we were told it was 5% fatal, and the only way to stop it was to stay home for 15 days and everything would be fine.

Those 15 days extended to 490 days of lockdowns, closed businesses, closed schools and emergency regulations, often delivered by governors with no authority.  The arbitrary nature of the dictates – churches shut down while casinos stayed open, small businesses closed while big box stores thrived – outraged the silent majority.

But when concerned doctors spoke out on the front steps of the Supreme Court, their videos were censored and deleted, doctors were fired and websites taken down, just for suggesting safe and effective treatments for COVID.

Mounting pressure for every American

They now see the mounting pressure for every American, including children and babies, to take a vaccine that is experimental.  They know that if a medicine is safe and effective, people don’t need to be pressured, threatened or bribed to take it.  Their warning bells ring when they see million-dollar lotteries for vaccine recipients, coupled with threats that they won’t be allowed to travel, or their college-age kids won’t be able to return to school.

They have seen our government’s own VAERS reports showing unprecedented side effects and deaths from the vaccines, and first-hand video accounts from real people detailing stories of their horrific symptoms.

The idea that an experimental vaccine that could now be made mandatory has turned the silent majority into the Angry Majority.  It reminds one of the famous line from the movie “Network” where the hero shouts, “I’m mad as hell and I’m not going to take this anymore!”

Network: I’m as mad as hell, and I’m not going to take this anymore! 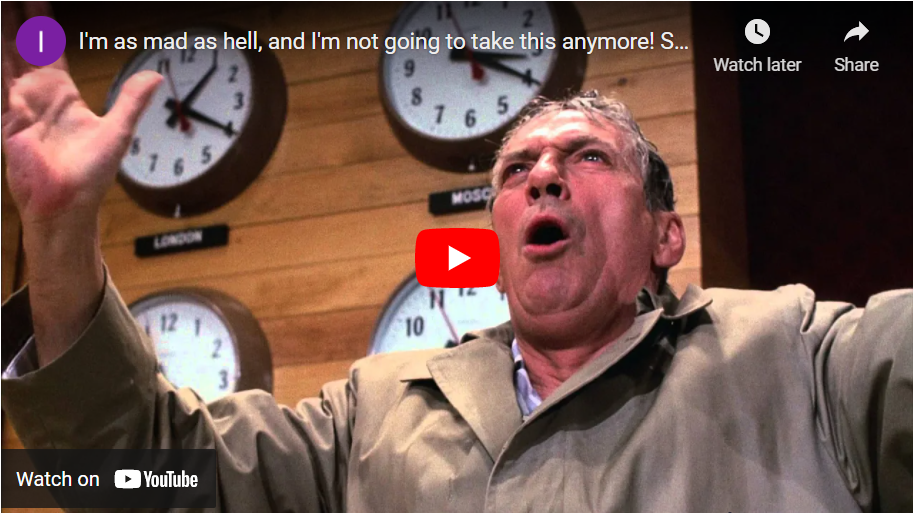 The Angry Majority is now realizing that they are not as powerless as they have been led to believe.  Their ballots may have been stolen, but they can vote with their voices, their wallets, their feet and their shoulders.

Outraged parents are showing up at school board meetings, shouting for teachers to stay out of their children’s sexual morality that boys stay out of girls’ bathrooms and locker rooms, and that normal class schedules resume immediately.  College parents are demanding critical race indoctrination be halted, giving less to liberal colleges, or switching schools altogether.

State legislatures have been pressured into changing restrictive COVID rules and opening up schools and border state citizens are demanding completion of border walls and that illegals be sent back where they came from.

The Angry Majority is turning out to city council meetings in record numbers to oppose any plans to defund the police.

Private corporations that have taken pro-vaccine and anti-freedom positions have been boycotted.

Cities and states with restrictive COVID policies and liberal law enforcement have seen people move out en masse to more conservative areas with law and order and where our police are respected.

And when it comes to mandatory vaccines, the Angry Majority is just saying “no” to injections of experimental drugs with horrific side effects.

The days of the easy-going silent majority are over.  It’s time to raise your voice and take action on all fronts.  Otherwise the country you love will be lost forever.

Jack Gleason is a conservative political writer. Comments can be sent to jackgleason9@protonmail.com