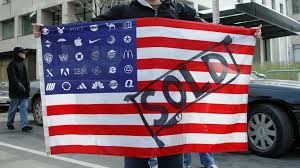 The Idaho Association of Commerce and Industry (IACI) held its annual meeting in McCall last month, with the keynote lunchtime policy item on the agenda: diversity, equity, and inclusion. What a tragic turn for what used to be a respected organization. But this is becoming normal for large companies, such as those IACI serves.

I spent 25 years in corporate America. During that time, most business executives sought to avoid controversial political issues, except for those specific to their industries. For example, logging on public lands was both controversial and important to the packaging, paper, and wood products industry I worked in. However, you didn’t find Boise Cascade taking a position on something like abortion. But now, American companies are doing everything they can to show support for the leftist rhetoric of social justice.

As a corporate veteran, I had a lot of exposure to diversity initiatives. As a plant manager, the notion of having a largely Hispanic workforce in Southern California with an all Caucasian management team didn’t speak to the very American view that you can work your way up from the factory floor. Still, I’d just as soon be fired for promoting someone into management just because of race. I’d likewise be fired for overlooking a qualified job candidate because of their race. The best managers ultimately seek out the best people and put them in the positions that are the right fit for employer and employee. Meritocracy benefits employees, employers, shareholders, and customers. In my experience, diversity simply meant opening opportunities for everyone – not promoting equity of outcomes.

What it means today, however, is different. At a minimum, a lot of navel-gazing about the Left’s rewritten narrative about America. At worst, it’s corporate embracement of Black Lives Matters and credence to the phony charge that “systemic racism” shaped our nation.

Critical race theory (CRT), the shift to “equity” of outcomes, cannot be compatible with the long-preached corporate view of a meritocracy based on carefully refined performance evaluation systems. How can performance reviews be of value, if the remedy for past discrimination is to openly embrace discrimination against whites in the parlance of CRT advocates?

This corporate genuflecting — bending to a cause of the political party or movement that seems to enjoy wide support — has historic precedence, and it’s not a good one. Germany and Italy embraced a political and economic model that was called fascism in the 1930s. For example, the German industrial conglomerate IG Farben actively supported the Third Reich. Business interests openly supported or even turned a blind eye to those regimes, and many prospered from government favoritism until WWII ended.

IACI’s foray into diversity, equity, and inclusion means its members are dividing Idahoans into victims and oppressors according to skin color and other demographic factors. Many corporate leaders would bristle at this characterization, believing they are just creating a more inviting work environment that reflects some notion of fairness. But ask yourself a simple question: How exactly do you create a more diverse workforce and ensure equity of outcomes with respect toward race or gender in a national political environment that openly demonizes white people and American history? Are corporate leaders really going to thread the needle between President Joe Biden’s declaration of systemic racism and hazy notions of a softer version of social justice?

Corporate leaders won’t benefit from the rhetoric that serves leftist politicians who gain power from the divisive rhetoric. It does not serve businesses, which ought to be concerned with hiring the best people, regardless of their race or gender.