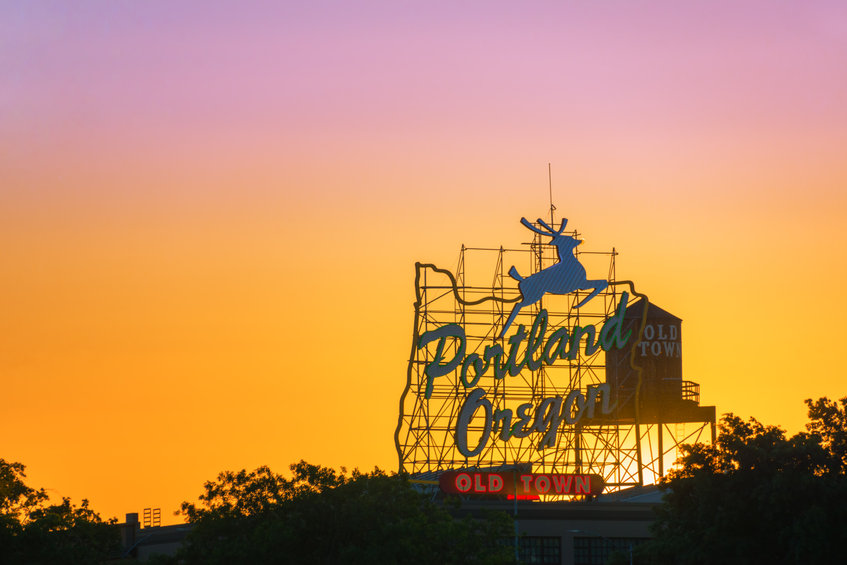 America’s rural-urban divide is wide and getting wider. Moneyed coastal elites rarely ever miss an opportunity to show their disdain for the rubes in flyover country. Anyone doubting the depth of the discord need look no further than Oregon, where a ballot initiative would all but put an end to the state’s rural economy and way of life.

The Oregon Initiative Petition 13 (IP 13), known as the Abuse, Neglect, and Assault Exemption Modification and Improvement Act, would ban the harvesting of any animal by hunting, fishing, and trapping and would only allow a self-defense exception. IP 13 also criminalizes common animal husbandry practices, as well as slaughter for food and common breeding practices, such as artificial insemination.

Proponents of the initiative say it will make Oregon a “sanctuary state” for animals and hope other states will follow Oregon’s example. IP 13’s supporters have until June 22, 2022 to collect 112,000 valid signatures to get it on the ballot, so that it can be voted on in November 2022.

The people whom the initiative targets and the very ones who fund the majority of the state’s conservation efforts. If the ballot initiative becomes law, not only will hunting, fishing, and trapping end, but all wildlife in Oregon will suffer due to lack of conservation funding. Without revenues from license fees, Pittman-Robertson and Dingell-Johnson funds, the Oregon Department of Fish and Wildlife will no longer be able to carry out its mission.

Enacted in 1937, the law popularly known as the Pittman-Robinson Act provides federal funding to states for wildlife management. It does so through the collection of an 11% excise tax on sporting arms and ammunition. The 1950 Dingell-Johnson Act provides federal funding to states for management and restoration of fish having “material value in connection with sport or recreation in the marine and/or fresh waters of the United States.” State laws banning hunting and fishing would reduce revenues for wildlife conservation from these federal statutes to near zero.

“It is quite ironic that proponents of this ill-advised campaign claim they want to protect animals, but this initiative will ultimately hamstring the men and women who have dedicated their lives to preserving wildlife through sound science-based conservation efforts,” said Jacob Hupp, associate director of state services at the Sportsmen’s Alliance. “Unfortunately, there is no humor in this irony and the Sportsmen’s Alliance and our partners in Oregon are in the process of organizing to defeat this dangerous campaign that threatens the livelihood of millions of Oregonians.” The Sportsmen’s Alliance is a national organization that supports conservation programs.

Adoption of the initiative would effectively criminalize everything from slaughtering livestock to basic animal husbandry, including branding and dehorning cattle, castrating bulls and docking horses, sheep, and pigs, says Mary Ann Cooper, vice president of public affairs for the Oregon Farm Bureau. The initiative also seeks to reclassify animal breeding and artificial insemination as sexual assault of an animal – a Class C felony, Capital Press reported (May 7).

Spearheading the petition to get the initiative on the ballot is David Michelson, a Portland animal-rights activist. A similar proposal, called the Protect Animals from Unnecessary Suffering and Exploitation (PAUSE) Act is being pursued in Colorado. Both initiatives would effectively ban animal agriculture in the two states.

With almost a full year to gather the requisite number of valid signatures to get IP 13 on the ballot, supporters have a reasonable chance of clearing that hurdle, especially if they concentrate their efforts in places like Portland and Eugene. This would set up a do-or-die clash at the ballot box in November 2022. If nothing else, the campaign will further deepen the divide between Portland and other predominantly urban coastal areas of the state and rural parts of Oregon east of the Cascades., where a movement is afoot to secede from Oregon and join neighboring Idaho.

Bonner Cohen, Ph. D. is a senior policy analyst with CFACT, where he focuses on natural resources, energy, property rights, and geopolitical developments. Articles by Dr. Cohen have appeared in The Wall Street Journal, Forbes, Investor’s Business Daily, The New York Post, The Washington Examiner, The Washington Times, The Hill, The Epoch Times, The Philadelphia Inquirer, The Atlanta Journal-Constitution, The Miami Herald, and dozens of other newspapers around the country. He has been interviewed on Fox News, Fox Business Network, CNN, NBC News, NPR, BBC, BBC Worldwide Television, N24 (German-language news network), and scores of radio stations in the U.S. and Canada. He has testified before the U.S. Senate Energy and Natural Resources Committee, the U.S. Senate Environment and Public Works Committee, the U.S. House Judiciary Committee, and the U.S. House Natural Resources Committee. Dr. Cohen has addressed conferences in the United States, United Kingdom, Germany, and Bangladesh. He has a B.A. from the University of Georgia and a Ph. D. – summa cum laude – from the University of Munich.