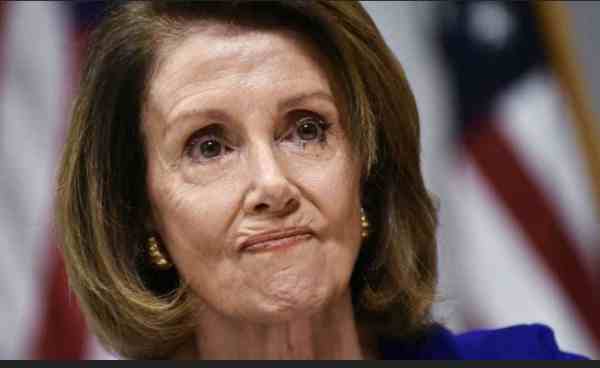 A new book by two Washington Post reporters cites Joint Chief of Staff Chairman General Milley’s alleged concerns that Donald Trump would attempt a coup. He thinks Trump is Hitler and his followers are Nazis. They were facing a “Reichstag” moment after the January 6 riot/rally, he said.

Milley allegedly assured Speaker Pelosi and his allied generals that “they’re not going to f***ing succeed.”

Given this new information, it seemed a good time to reprint some of the NY Times version of the incident. In the book, the authors don’t bother to mention Pelosi asking if the military could remove then-President Trump – launch a military coup, in other words.

The NY Times reported some very crucial information ignored by the media.

Speaker Pelosi spoke with General Milley, the chairman of the Joint Chiefs of Staff, about making certain President Trump couldn’t launch a nuke. She also suggested they remove the President with a military coup.

In a letter to House Democrats on Friday, Ms. Pelosi invoked the resignation of Richard M. Nixon amid the Watergate scandal, when Republicans prevailed upon the president to resign and avoid the ignominy of an impeachment, calling Mr. Trump’s actions a “horrific assault on our democracy.”

Ms. Pelosi also said she had spoken with Gen. Mark A. Milley, the chairman of the Joint Chiefs of Staff, about “preventing an unstable president from initiating military hostilities or accessing the launch codes.”

A spokesman for General Milley, Col. Dave Butler, confirmed that the two had spoken and said the general had “answered her questions regarding the process of nuclear command authority.”

But some Defense Department officials have privately expressed anger that political leaders seemed to be trying to get the Pentagon to do the work of Congress and Cabinet secretaries, who have legal options to remove a president.

Mr. Trump, they noted, is still the commander in chief, and unless he is removed, the military is bound to follow his lawful orders. While military officials can refuse to carry out orders they view as illegal, they cannot proactively remove the president from the chain of command. That would be a military coup, these officials said. [Emphasis mine]

Speaker Pelosi wanted to launch a military coup. This report doesn’t seem to indicate Milley cursed or accused Trump and his supporters of acting like Brownshirts.