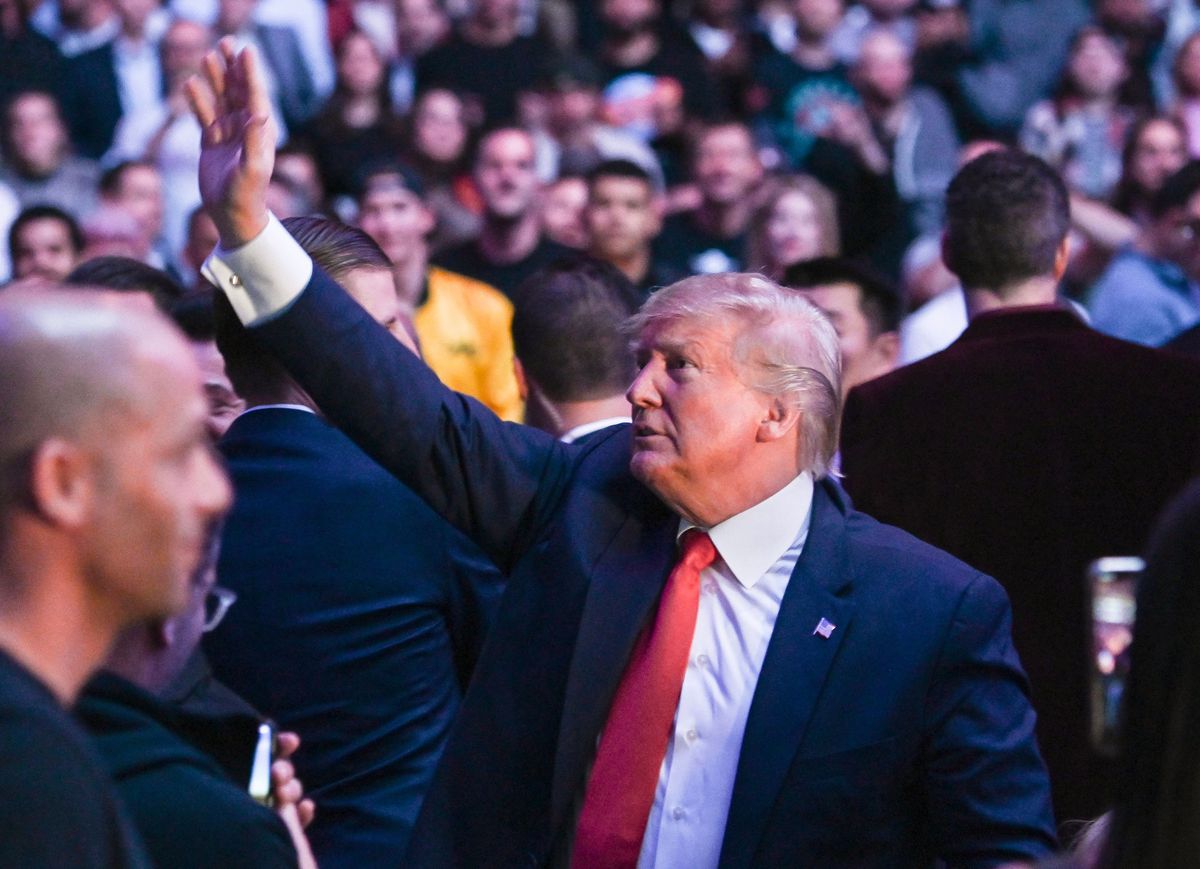 They covered up the fact that the DNC and Democrat Party rigged and stole the 2016 Democrat primary on behalf of Hillary Clinton.

When Donald J. Trump won the 2016 election in a massive upset, they pulled off brilliant scams to slander and slow him with impeachment attempts built around “Russian collusion” that never happened and a private and perfectly legal phone call between Trump and the President of Ukraine.

The media buried the biggest story of corruption in America’s history by making Hunter Biden’s laptop (that implicated Joe Biden in bribery scandals with both Ukraine and China) just disappear.

They covered up the rigged and stolen 2020 election.

After they stole the election, they banned all mention of it. Now they’re trying to ban all forensic audits.

They’re getting bolder, more reckless and corrupt by the day.

So, what does all this fraud and fake news have to do with a UFC fight? EVERYTHING.

It was just another BIG LIE just like the rigged and stolen election. Just like Hunter Biden’s laptop.

As many of you know I’m “Mr. Las Vegas.” I’m the only conservative national radio and TV host based in Las Vegas. Before my political and media careers, the media called me “the King of Vegas Sports Gambling.” I have a 180-pound granite star on the Las Vegas Walk of Stars- along with Frank Sinatra, Elvis, Wayne Newton and Liberace. My life is built around Vegas.

I had just returned from a trip and I was exhausted, so I decided not to attend the UFC fight. But I was relaxing and watching “Fight Night” with friends at my Vegas home when suddenly my cell phone blew up. Hundreds of friends and fans let me know that former President Donald J. Trump had just walked into the T-Mobile arena. Then they let me know he got the most remarkable standing ovation in the history of any championship fight night. The crowd loved him. The crowd roared in delight. Over 20,000 sports fans showered him with love and chanted “USA, USA, USA.”

My cameraman friends were working the fight. They reported to me that Trump was hanging out in the front row with Phil Ruffin, billionaire owner of the Treasure Island Resort and Robert Kraft, the billionaire owner of the NFL’s New England Patriots (winners of six Super Bowls). Three of the world’s richest and most powerful billionaires were hanging out together. This was one of the great celebrity sightings in “Fight Night” history. In Vegas history. In television history.

But you’ll never guess what the ESPN pay-per-view telecast showed the millions of viewers at home. NOTHING.

No mention was ever made of Trump arriving, or walking into the arena, or being showered with over 20,000 people cheering and chanting “USA, USA, USA.” Not once during the entire fight card did any announcer mention that President Trump was sitting in the front row.

Wait, it gets better. ESPN showed tons of celebrities in the crowd all night long. But never once did they show even a fleeting shot of the biggest celebrity in the world and former leader of the free world. Never did they think to show three of the world’s most famous billionaires sitting together.

And they did all of this right out in the open, with the whole sports world watching.

That says it all, folks. China didn’t release the China flu pandemic from a military biowarfare lab. The 2020 election wasn’t rigged and stolen. Trump never arrived at UFC “Fight Night” in Vegas to one of the greatest celebrity ovations ever.

Oh, and the check is in the mail.

If you still believe anything the mainstream media frauds, liars, and scam artists are telling you…

I have a bridge to sell you…

Over the Pacific Ocean…