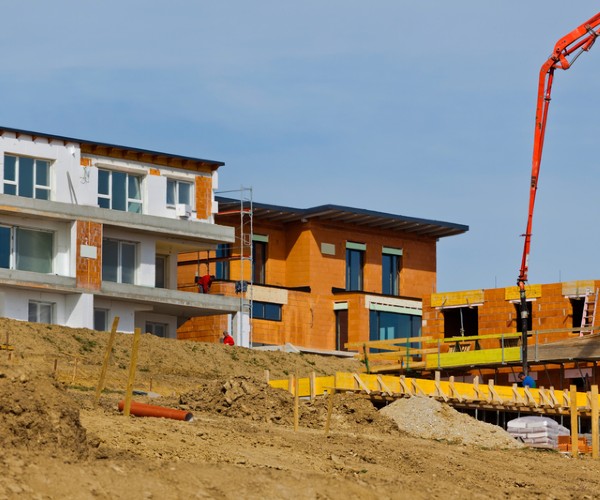 Buried in the depths of the Democrats’ proposed “Infrastructure Bill,” which is currently being negotiated with GOP congressional leadership is a $213 billion item — nearly twice the amount earmarked for roads and bridges — that will essentially put the federal government in charge of rezoning single-family homes out of your neighborhood.

The plan, if approved by the Senate, would revive the previous Obama-Biden “Affirmatively Furthering Fair Housing” program (the AFFH rule) which the Trump administration ended.

Bear in mind that the original and perfectly legitimate and entirely necessary Fair Housing Act of 1968 said nothing whatever about withholding HUD grants from localities unless they nullify classic suburban zoning patterns to build high-density low-income housing.

That FHA precursor to AFFH, along with Clinton administration amendments, was strictly about preventing overt discrimination in housing transactions concerning the sale, rental and financing of housing based on race, religion, national origin, sex, (and as amended) handicap and family status.

The Obama administration, and now again Team Biden and its activist allies, have sought to read new meanings into a few brief phrases in FHA requiring HUD to administer its programs in such a way as to “affirmatively further” the purposes of the act.

As explicitly stated, “This final rule, and Assessment Tools and guidance to be issued, will assist recipients of Federal funding to use that funding and, if necessary, to adjust their land use and zoning laws in accordance with their existing legal obligation to affirmatively further fair housing.”

In brief, AFFH gave HUD a weapon of power to force any community that received federal funds to meet racial distribution quotas. To accomplish this, HUD applied the notion of “disparate impact,” which unilaterally deemed housing patterns to be discriminatory if minority representation was not evenly spread across the jurisdiction.

Communities with high concentrations of minorities are then automatically labeled “segregated” according to paint-by-number land use assessments.

Accordingly, the proposed infrastructure plan would create a gigantic pot of taxpayer handouts for towns that agree to surrender self-rule to HUD bureaucrats.

Those who don’t will face endless and costly lawsuits, just as those that dragged Westchester County, New York through years of torment when its suburban village of Tuckahoe was deemed out of compliance with HUD’s social engineering “vision.”

Faced with crippling economic penalties, Westchester agreed in a 2009 consent decree with the Obama-Biden administration to spend $56 million on 750 subsidized housing units over the next seven years in 31 mostly white enclaves.

Westchester exceeded that goal by 40 units.

But that still wasn’t enough.

Under the new AFFH rules, any jurisdiction receiving HUD money was required to analyze and report its overall housing occupancy by race, disability, familial status, economic status, English proficiency, and other categories.

Westchester’s basic zoning policies were determined to be racially “exclusionary” based upon development restrictions such as building height and area density.

Single-family homes on quarter-acre lots were deemed potentially “discriminatory” —supposedly because minority members might not be able to afford them.

HUD may have been referring here to exclusionary Westchester County homes like the $1.7 million 11-room colonial in Chappaqua purchased in 1999 by Bill and Hillary Clinton.

Ditto for the Obamas who bought a 7,000-square-foot $11.75 million Martha’s Vineyard mansion on 29 waterfront acres. Although Martha’s Vineyard is critically short of affordable housing, this apparently didn’t stop them.

And not to be mistaken for mere riff raff, Vice President Kamala Harris and her husband own a $5 million gated domicile on a street of other expensive single-family homes in Brentwood, California.

As former lieutenant Governor of New York Betsy McCaughey points out, “These politicians love single-family zoning and exclusivity for themselves, but not for the rest of us.”

Other neighborhoods are also pushing back on the rezoning agenda.

The New York Times featured a story on Black opposition to an affordable housing initiative that would rezone New York City’s SoHo neighborhood which would bring more massive high-rises, tourists, and traffic into a neighborhood famous for low-rise, nineteenth-century architecture and narrow cobblestone streets.

Nor is that an outlier case.

They worried that suddenly relaxing zoning rules would not only ruin the low density they enjoyed, but also unleash an investment flood that would accelerate displacement of the Black community as developers scooped up old homes and built new ones unaffordable to most in the community.”

As Stanley Kurtz observes in an article for National Review: “There’s a pattern here . . . In each case, — housing and education — the plan is the same: use federal grants to hook states and localities into conditions that will effectively override their authority.”

This time around let’s rebrand the Democrat “Infrastructure Bill” as the “Anti-Suburban Zoning Bill” that it really is.

As The Wall Street Journal editorial board urges, a better way to increase income mobility for minorities is to expand school choice so that a child’s success in life isn’t determined by the zip code where he/she grows up.

But “Alas,” they write, “Democrats would rather reorganize neighborhoods than reform schools.”