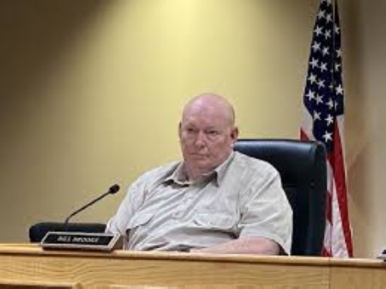 I was sad to find out that you are leaving the Republican Party.  The article did not make it exactly clear what your reasons for leaving were, so maybe you could elaborate.

I think it is good to learn or at least remember a little history of Idaho, especially North Idaho.

When we first came here in 1968 Idaho was mainly Democrat and pretty liberal.  Frank Church was our senator and Cecil Andrus our governor.  Dan English was county clerk as were the rest of the elected officers.

Even some Republican leaders were not exactly conservative in nature.  One time that I ran for office the leadership was not even sure that I should run as a Republican.  They could not stop me, but they gave me little help.

You are quoted as saying:  “Anyone who knows me knows I’ve never been anything other than a conservative, Christian and lifelong Republican,”

Since Republicans hold most offices in Kootenai County the Democrats traditionally have run for the nonpartisan offices.  So, we have often elected Democrats, with their big spending agendas, without realizing it.  So, Republicans set out to find out who was running for those offices and where they stood on the important issues of the day.  Maybe they should have been asked if they were Republicans supporting the Idaho Republican Party Platform.

This has been especially true for our educational institutions.  For many years the boards have supported larger and larger budgets.  At least now we have some hope for better control.

Again, if you had felt strongly about what was printed you could have attended some Central Committee meetings and even expressed your opinions.  Personally I see evidence that we have a good hard-working Republican Central Committee and I wish them the best.  Keeping Idaho conservative is a big job and I do wish them the very best.

I would also like to note your comments about the John Birch Society.  Have you ever been to a Birch meeting, and do you know several members of the Society?  What activities have you seen that you feel are un-American?  Do you really know anything about them?

Here is what the article said: “Another influence in Brook’s decision was KCRCC’s tolerance of the John Birch Society.  According to the Library of Congress, the JBS is an anti-communist conservative advocacy group that supports limited government, and is seen by some as a radical organization.”

How can you condemn an organization about which you appear to know nothing?  Please explain to me how the John Birch Society has supported anything that is contrary to our founding and the Constitution.  What makes the Birch Society a “radical organization”?  I have to relate that I once had similar thoughts until I attended an informational meeting that helped me understand their purpose.

I would ask you to reconsider your decision.  Maybe the Republican Party will survive without you on the team, but you may find that you need the Republican Party, especially if you support the things that have made America the greatest nation on the earth.

Here is the article referenced: