“A Time for Choosing” by Ronald Reagan 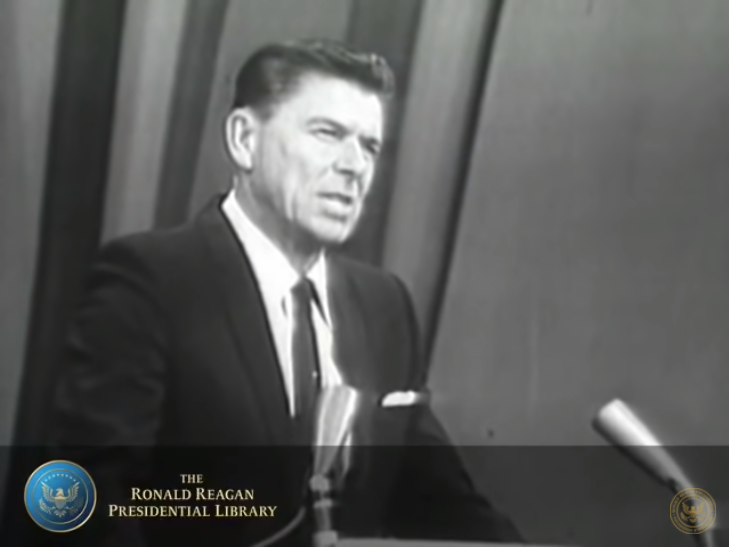 “A Time for Choosing” by Ronald Reagan

By The Reagan Foundation

“The Speech” is what Ronald Reagan called it. Today we call it, “A Time for Choosing,” and it was a pivotal turning point in Ronald Reagan’s life.

Ronald Reagan began a long side-career of public speaking as his acting career closed out. He traveled across the country meeting Lions Clubs, Rotary Clubs, Chambers of Commerce and any other civic-minded local groups. This continued and intensified during his service as the General Electric spokesperson while hosting their sponsored television series. “The Speech” was delivered in various forms and to different audiences as each word was honed, measured and memorized.
During the 1964 Presidential campaign, Republican party officials in California, who knew Reagan’s powerful message and delivery, asked him to film a speech on behalf of the Republican candidate, Barry Goldwater. The speech was aired on October 27, 1964 and it was electrifying. Donations to the Republican party and candidates increased dramatically.

The Republican Party took note and they targeted Reagan as a candidate from that point forward. He agreed in 1966 to run for Governor of California. He won two terms, and eventually won the Presidency. 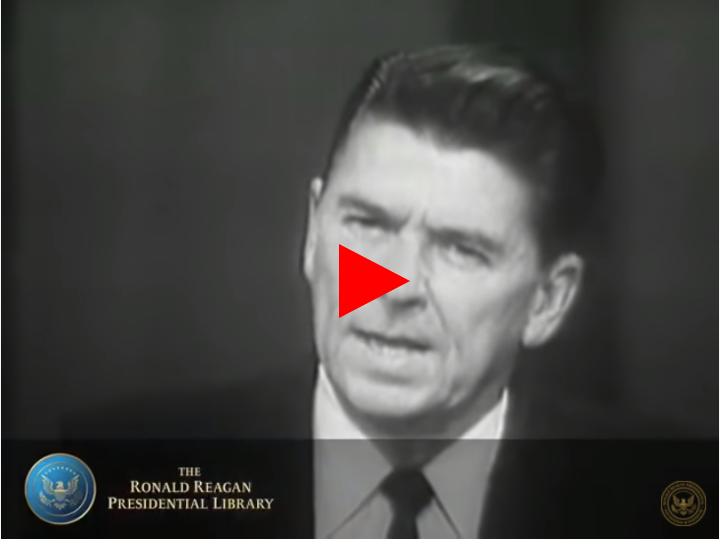 Table of Contents:
0:00 Choose My Own Words
1:42 We Haven’t Balanced Our Budget
2:14 As For The Peace That We Would Preserve…
3:28 Government is Beholden to The People
6:22 Government’s Involvement In The Farm Economy
8:26 The Assault on Freedom Carries On
10:18 The Need Grows Greater; the Program Grows Greater
12:37 What Are We Doing to Those We Seek to Help?
15:14 Barry Goldwater Thinks We Can
17:50 No Government Ever Voluntarily Reduces Itself
20:47 Democratic Opponents Seem Unwilling to Debate
23:55 Perhaps There Is a Simple Answer
27:17 You And I Have a Rendezvous With Destiny