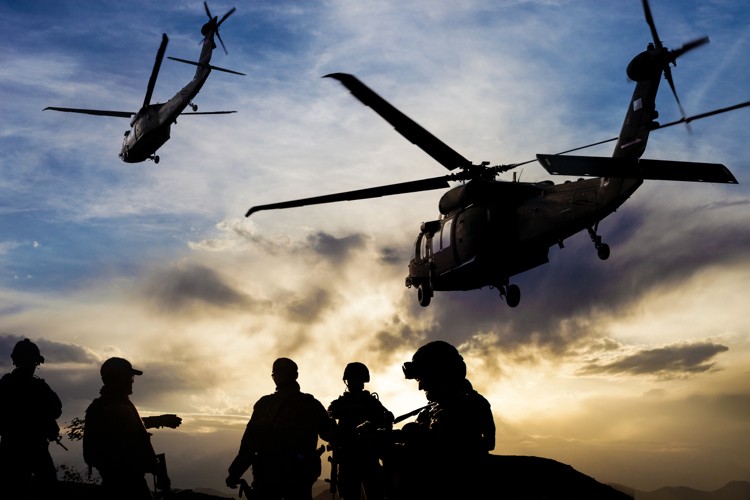 When running for president in 2000, then Governor George W. Bush of Texas promised that he believed the United States needed a “more humble foreign policy,” and that the country did not need to be the world’s “policeman.” After the attacks of September 11, 2001, President Bush changed his tune dramatically, calling for an invasion of Afghanistan, then ruled by the Islamic extremists known as the Taliban, who had harbored the terrorist leader Osama bin Laden.

Bin Laden was believed to have been the mastermind behind the attacks of September 11, which took down the iconic Twin Towers in New York City, and inflicted great damage on the Pentagon.

Congress quickly passed a resolution authorizing Bush to use force against those responsible for 9/11. There was understandably little opposition to the resolution in Congress, with even non-interventionist Congressman Ron Paul of Texas voting for it.

Now, nearly 20 years after the attacks and the resolution, American military forces are exiting the country, and it appears possible, maybe even probable, that the Taliban is poised to eventually regain control of the country.

It is eerily similar to what happened in Vietnam, where two and a half years after U.S. forces abandoned South Vietnam, the communist forces launched what was then the greatest military offensive since World War II, capturing Saigon on May 1, 1975. As was the case with South Vietnam (and Iraq), U.S. policy was to “nation-build.” In Vietnam, it was to make South Vietnam a “showcase for democracy in Asia,” while in Iraq, it was to make that nation a “showcase for democracy in the Middle East.”

In his second inaugural address, Bush had abandoned any pretense of having a more humble foreign policy, announcing his “ultimate goal of ending tyranny in our world.” He vowed to change from just defending our own country to treating other nations based on how they treated their own citizens.

This, of course, is in stark contrast to then-Secretary of State John Quincy Adams, who said, “But she [America] does not go abroad, in search of monsters to destroy. She is the well-wisher to the freedom and independence of all. She is the champion and vindicator only of her own. She will commend the general cause by the countenance of her voice, and the benignant sympathy of her example. She well knows that by once enlisting under other banners than her own, were they even the banners of foreign independence, she would involve herself beyond the power of extrication, in all the wars of interest and intrigue, of individual avarice, envy, and ambition, which assume the colors and usurp the standard of freedom. The fundamental maxims of her policy would insensibly change from liberty to force.”

Sadly, after 2312 Americans have died fighting in Afghanistan, the Afghan army is presently collapsing. Videos have been released purporting to prove that Afghan troops are laying down their arms, and even handing over the keys of U.S.-provided armored Humvees to the Taliban.

Afghan President Ashraf Ghani disagrees, at least publicly, at the prospect of an ultimate Taliban victory. At present, while the Taliban control much of the rural countryside, the Afghan government controls the cities. And Ghani is boldly predicting he is going to launch a counter-attack upon the Taliban enemy.

With the Americans gone, it will now be up to the Afghans themselves to defeat the Taliban. U.S. forces left Bagram Air Base near Kabul, the command center of American forces, in the middle of the night. The Afghan general who is now in command of Bagram, Mir Asadullah Kohistani, said that he appreciated the 20 years of military involvement of U.S. and NATO forces, but now, “We have to solve our problem. We have to secure our country and once again build our country with our own hands.”

Under the Taliban, the country lived in the control of a despotic oligarchy. Women, in particular, were treated atrociously, not being allowed to do much of anything. They could not even leave their homes, unless they were completely covered in a Burka.

In the past few years, women have had much greater liberty, with some even taking on careers such as journalism and politics. It will be interesting to see if the Taliban would be able to reimpose their draconian rules again, were they to regain power.

Americans are understandably disgusted at the maltreatment of women under the Taliban. But, there is oppression in nations around the globe, such as in Communist China, where millions of Chinese languish in prisons, simply for practicing their religion. There appears to be no limit to the numbers of monsters to destroy around the world, but there appears to also be a limit to what we can really do about it.

But should we go abroad, searching for monsters to destroy (and the Taliban leaders certainly included some monsters among them), as Bush advocated over a decade ago? Or should we be the champions only of our own liberty, as Adams advocated nearly two centuries ago?

We have the examples of Vietnam, Iraq, and now, Afghanistan, to help us make that decision.

Steve Byas is a university history professor of history and government, and the author of History’s Greatest Libels. He may be contacted at byassteve@yahoo.com.