July Fourth: Independence Day and What Made America Great 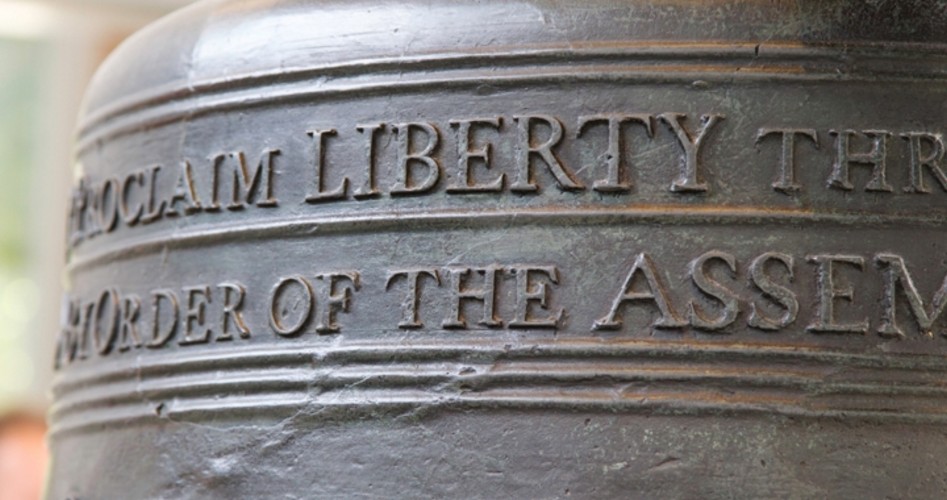 July Fourth: Independence Day and What Made America Great

The United States of America declared its independence on July 4, 1776. More than 240 years later, that independence is being threatened like never before.

July 4 is a purely American holiday that speaks to our faith as a nation. As Thanksgiving Day is about returning thanks for God’s providence in sustaining the early colonists through a hard and desolate period, Independence Day is about the faith that compelled us to declare our independence from a tyrannical power. It is interesting that the United States celebrates the day we declared our independence instead of the day we obtained it. It is doubtful that one in a hundred Americans can tell you the date the Brits surrendered or when England recognized us as a free and independent nation, but most Americans are at least vaguely aware that we declared ourselves independent on July 4, 1776. We considered ourselves free when we declared it; we did not need the recognition of our captors to make it so.

Now, more than 240 years later, we again stand at a crossroads. We have largely forsaken the founding principles that made America great. We have forgotten the paths we should have remembered. And we are paying for it. Far too many Americans are ignorant of the Constitution that was written to secure our God-given liberty, so we have a government that is running out of bounds while most people have no idea what is wrong or what is to be done to fix it. Worse still, we are divided not on the grounds of principled disagreement, but by party affiliation.

And both major political parties are complicit in the ignorance that plagues America as well as in the erosion of liberty that results from that ignorance. America has never been more divided than now. The United States of America is a republic that calls itself a democracy and behaves like an empire. Nothing could be further from the principles enshrined in the Declaration of Independence and the Constitution.

A good example is the way the coronavirus has been used as a rationale to ramp up government intrusion in our daily lives — from mask mandates to lockdowns. The latter has been used by government to restrict and shut down church services and other public gatherings, despite the fact that both the right to freedom of religion and the right to freedom of speech are explicitly enshrined in the First Amendment to the U.S. Constitution. And although Democrat governors may have led the way in this egregious violation of fundamental rights, Republican governors have also contributed to the abuse.

Another example is the string of unconstitutional wars we have fought on multiple battlefronts in recent times. When our Founding Fathers debated the power to make war during the Constitutional Convention of 1787, they applied the principle of separation of powers. The common phrase for going to war at that time was “Make War.” Kings — as sovereigns — “made war” without answering to anyone. No one, the Founders argued, should unilaterally be able to take a nation into war. They recognized that men are fallen, sinful creatures who don’t do well with unlimited power. Carry that forward to its natural conclusion and no one body should have that power either. So, they separated the power between Congress (the power to declare war) and the president (commander-in-chief). And that is the way we did it for 154 years. Congress argued and debated and declared war and then answered to the people in the next election. The president acted as commander-in-chief and executed the war and then answered to the people in the next election. But not since 1941 has it been done that way. Now the president can “make war” citing UN Security Council Resolutions or claiming that is in America’s national interests and Congress sits back and does nothing. When Republican presidents do it, Democrats in Congress occasionally make some noise about it and vice-versa, but that’s all.

Still another example is the gargantuan federal budget, which was already out of control prior to the Wuhan virus hit our shores but has gotten much worse since then.  Both Democrats and Republicans have expanded the budget as a way of paying for the expansion of federal power over issues and programs that are not listed as federal powers in the Constitution. It has been estimated that if the federal government were restricted to only those specifically enumerated powers (found mostly in Article I, Section 8), we would have a government five to 10 percent the size it is right now — with a budget five to 10 percent the size it is right now. The War for Independence was fought over less taxes than the average American pays today.

Mandatory lockdowns, undeclared wars, and undeclared bankruptcy through out-of-control borrowing and spending are all threats to the liberty of Americans, but they are far from the only threats. The redefining of marriage, the growing welfare state, socialized medicine, and a plethora of other ways the federal powers-that-be have overstepped their constitutional boundaries (which neither time nor space allows this article to cover sufficiently) serve as an indictment of the current state of affairs.

They get away with it because most of the people think this is a Left vs Right/Republican vs Democrat issue. It isn’t. But because most think it is, a myriad of false and dangerous “solutions” are proposed to rein in the out-of-control federal government. Most of those “solutions” are at least as bad as the problem. Two good examples are a modern-day constitutional convention and abolishing the Electoral College for a popular vote. The first would allow the very people who have built their careers ignoring the Constitution the opportunity to revise it or replace it with something much more to their liking, and the second would shift the balance of power to the large states and cities, causing an even greater erosion of liberty as the federal government would expand even more.

No, this is not a battle between political parties; they are two sides of the same coin. It’s a battle between those who, like the Founding Fathers, want limited government and those who, because they love power, want unlimited government. The answer is to recommit ourselves to the principles of the founding of our republic. Read through both the Declaration and the Constitution this Independence Day. Start to see the political world around you through the clear lenses of those principles instead of red and blue lenses that have led us to blindly follow avaricious men and women who care more for their position than for the good of this republic. Consider joining yourself to other patriotic men and women to work together in concerted effort to restore the republic by effective activism. This magazine’s parent organization — The John Birch Society — has been working since 1958 to do just that by helping to bring about “less government, more responsibility, and — with God’s help — a better world.” This Independence Day would be a great time to find out what you can do to help in that fight.

Have a happy Independence Day, and may we all endeavor to deserve independence.

(Oh, just in case you were wondering, Cornwallis surrendered on October 19, 1781 and England agreed to the Treaty of Paris on September 3, 1783.)

This article was updated and adapted from an article originally published on July 4, 2017.