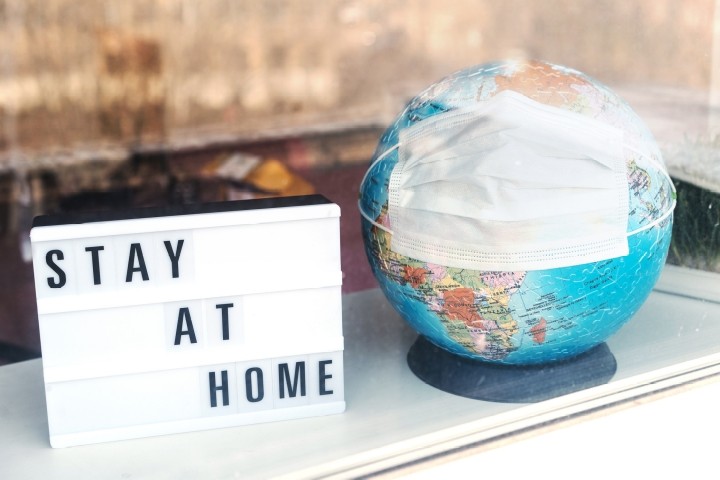 In late February, globalist group World Economic Forum posted a tweet with an embedded video proclaiming, incredibly, that “lockdowns are quietly improving cities around the world.”

“Earth’s seismic noise has been the lowest in decades due to lockdowns,” the organization enthusiastically explained. “Scientists saw a ‘wave of quiet’ around the world in 2020. Ambient noise fell in some cities 50%, as fewer people used transport and factories closed.” My, wouldn’t it be wonderful, then, if we could just make lockdowns a recurring phenomenon?

This quip may not be a joke to some people, warned Fox News host Tucker Carlson Tuesday. For World Economic Forum passions may be more widespread than we think. In fact, asserted the commentator, according “to Joe Biden … we could get another round of lockdowns” — to combat the boogeyman of climate change.

Carlson then played a December 2020 video clip of Biden saying, “Today, I’m pleased to announce a team that will lead my administration’s ambitious plan to address the existential threat of our time, climate change.”

“A unified national response. It’s involuntary, that’s the one thing we know,” Carlson then opined. “What does it mean? Well, we’re learning that a World Health Organization staffer has written a report saying that a climate lockdown could be called for, just like a COVID lockdown, a climate lockdown,” he then stated, buttressing his thesis.

“Well, you know, in my book Green Fraud I detail two chapters on this, Tucker. This is — the climate activists were first of all jealous when the COVID lockdowns happened. They were beside themselves saying “How is this happening?” Everyone from Greta Thunberg to John Kerry, U.N. officials, and then they started saying, “We need to follow this.”

So, they’re following every step of the way, and it’s not just, you know, a professor here or someone in academia; we have a major U.K. report coming out. We have an international agency report that came out calling for essentially the same type of lockdowns, everything from restrictions on your thermostat to restrictions of moving. You know, you can only fly in a climate emergency when it’s quote, “morally justifiable.” You know, kind of like a lockdown, you have to justify going to the store for essential services.

Moreover, Morano later stated that “Chuck Schumer is urging Biden to declare a national climate emergency; just like a blue state governor, he could have emergency powers” (video below). 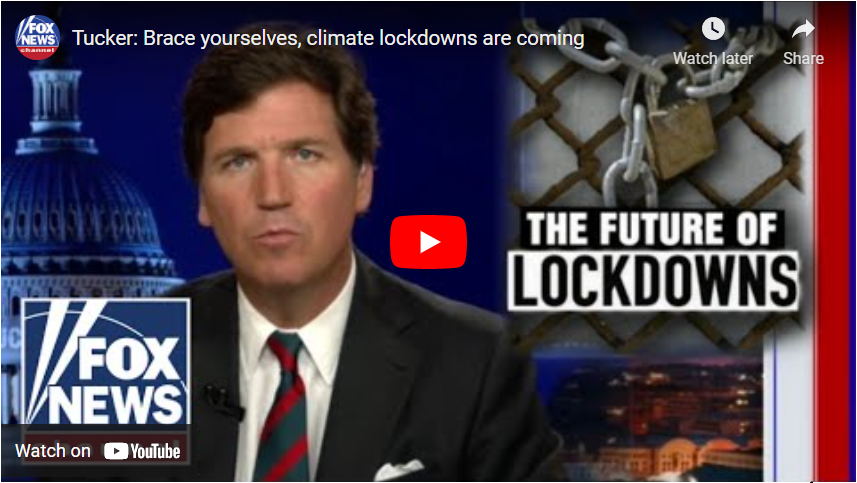 Some leftists have called this a conspiracy theory, and it may sound fanciful. But if you’d told people in the 1950s that third-millennium pseudo-elites would insist a boy could become a girl just by willing it — and that those dissenting from this unscientific dogma would face career and reputational destruction — they would’ve measured you up for a straitjacket. They would’ve also considered fanciful the notion that we’d, again indulging scientific obscurantism, lockdown, mask, and vaccinate children (with a not-fully-tested drug) over a disease that doesn’t imperil them.

Make no mistake, either, the climate-change agenda and its prescriptions are as divorced from science and reality as are Big COVID and Big Gender. In fact, a former Department of Energy undersecretary in the Obama administration, theoretical physicist Steven Koonin, recently joined Carlson to expound upon this very point (video below). 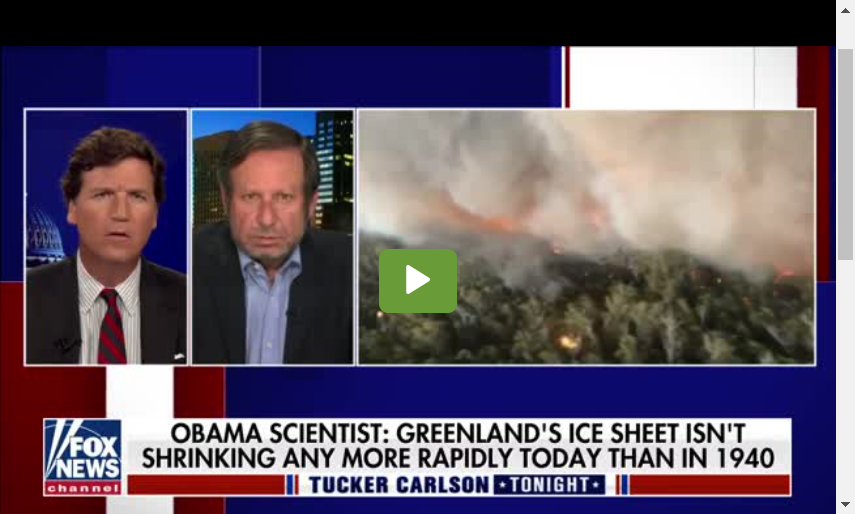 In reality, the danger lies not in the threat posed by climate change but in the proposed solutions. This would be true even if the man-caused global-warming thesis were valid. I will explain.

In 1894, The Times (in Britain) predicted that by 1945, London would be buried under nine feet of horse manure — because, of course, the population would explode and everyone would be riding horses!

On a more ominous note, there were also all the warnings of worldwide starvation from famous prophet of doom Thomas Malthus and others. Why, in 1968, Population Bomb author Professor Paul Ehrlich predicted a massive famine and held that the United States’ population would drop to 22.6 million by 1999. (See “Environmentalists’ Wild Predictions.”)

Such warnings invariably come to naught because — just as the Times didn’t foresee the horse and buggy being supplanted by the automobile — unexpected advances in food production methods have given us more food than we can even eat.

The lesson: Just as people a century ago had no accurate idea about 2021 technology, so do we have no idea where technology will take us over the next 100 years.

What we can know is that technology has solved problems in the past — and will in the future. And some of that future technology will cause its own problems, and many if not all of them can be solved by subsequent technology. That’s the way of the world.

A monkey wrench can be thrown into this process, however. All we need do is stifle man’s creative capacities and strangle private sector innovation with big government schemes, well-intended or not, and their attendant regulations. This is why the early Soviet Union and, in more recent times, Venezuela, couldn’t feed their people. And it’s why the “Greentopians Would Destroy the Earth”: Economic freedom yields innovation — economic lockdowns knock it down.

In other words, if you want a healthy environment, listen closely to environmental extremists’ prescriptions — then do exactly the opposite.