“Government Is Not Being Transparent”: mRNA Technology Inventor Deviates from CDC, Sounds Alarm on Risks of COVID-19 Vaccines 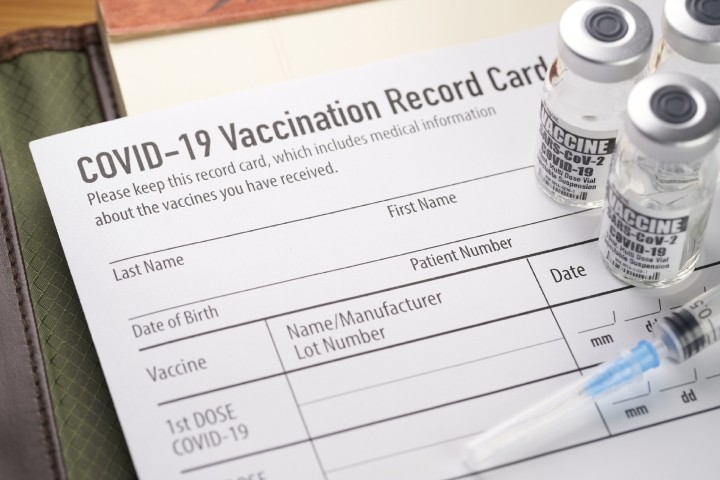 “Government Is Not Being Transparent”: mRNA Technology Inventor Deviates from CDC, Sounds Alarm on Risks of COVID-19 Vaccines

On Wednesday, the Centers for Disease Control and Prevention (CDC) continued its push for COVID-19 vaccination among people 12 years and older, despite the findings of its own report citing more than 1,000 cases of heart inflammation, or myocarditis and pericarditis, in young adults (age 16 and up) since April 2021, following a dose of an mRNA COVID-19 vaccine, such as the Pfizer-BioNTech or Moderna shot.

That same day, Dr. Robert Malone, a licensed physician in Maryland and inventor of mRNA technology, during a podcast with host and evolutionary biologist Bret Weinstein and entrepreneur Steve Kirsh, sounded the alarm on the potential risks of experimental “vaccines” on young people, and Big Tech has punished him for it.

The episode of Weinstein’s DarkHorse podcast, censored by YouTube but apparently still available on Apple podcasts, was shut down by the tech company for Malone’s statements around the “toxic ‘spike protein’” used in the COVID-19 vaccine, an element specific to the mRNA vaccines that makes them “work.”

According to reporting by the British Daily Mail, “Malone said he sent ‘manuscripts’ months ago to the U.S. Food and Drug Administration claiming the spike protein used in the COVID-19 vaccine posed a health risk.”

Malone claimed that “their [USDA] determination was that they didn’t think that that was sufficient documentation of the risk that the spike was biologically active.”

Appearing on Fox News’ Tucker Carlson Tonight on Wednesday, where he was “given a place to speak,” Malone bluntly told Carlson, “The government is not being transparent with us about what those risks [of the vaccines] are, and so I’m of the opinion that people have the right to decide whether to accept the vaccine or not, especially since these are experimental vaccines.”

“This is a fundamental right having to do with clinical research ethics,” continued Malone, “but we don’t have access to the data, and the data hasn’t been captured rigorously enough so we can accurately assess those risks, and therefore, for folks like you and your audience … we don’t really have the information we need to make a reasonable decision.”

Carlson then raised the question all Americans should be asking when considering any form of pharmaceutical treatment: Do the benefits outweigh the risks? He pointed to college-aged students (age 18-22) as the largest population being required to take the vaccine, as many U.S. colleges and universities are mandating vaccination for students to return to the classroom for summer or fall terms, even though young people are statistically the least likely to die from COVID.

“I have a bias that the benefits probably don’t outweigh the risks in that cohort, but unfortunately, the risk/benefit analysis is not being done,” said Malone. “So that’s one of my other objections, is that we toss around these words ‘risk/benefit analysis’ casually, as if it’s a very deep science. It’s not. Normally, at this stage, the CDC ACIP [Advisory Committee on Immunization Practices] would have performed those risk/benefit analyses, they would be data-based and science-based. They’re not right now.…. Certainly, I can say that the risk/benefit ratio for those 18 and below doesn’t justify vaccines, and there’s a pretty good chance that it doesn’t justify vaccination in the very young adults.”

It seems inconceivable that there would be a universal vaccination push for more than 330 million Americans without the evidence of data for which Dr. Malone is advocating, noted Carlson.

Malone contributed the lack of data to a “structural problem in how the databases were built, and how they are being analyzed.”

“My understanding from colleagues within the FDA is that the CDC is overwhelmed,” said Malone. “They aren’t even processing the data they have, and by the CDC’s own admission in their recent MMWR report on safety and pregnancy. The V-safe database, which is the one they hold internal, is so poor that they can’t draw any definitive conclusions about whether or not these vaccines are safe in pregnancy.”

He continued, “They believe they are generally safe, but the databases aren’t sufficient to demonstrate that. We’re waiting for data from places like Norway, Finland, Scandinavia, and hopefully Israel to back up our decisions in public health.”

There are thousands of medical scientists worldwide like Dr. Malone, who have long been advocates of patients’ rights to decide their own medical treatment without the intervention of the government. These physicians are most critical of the Moderna and Pfizer “vaccines,” as they contain the mRNA technology.

As Dr. Lee Merritt, a former board member of the Arizona Medical Association and past president of the Association of American Physicians and Surgeons, wrote in her recent article “COVID-19 Vaccines: A Cure Worse Than the Disease?”:

… During the first four months after the rollout of Pfizer and Moderna ‘vaccines’ in 2021, 97 percent of deaths from vaccines recorded in the Vaccine Adverse Event Reporting System (VAERS) were for those agents, meaning only three percent of reported deaths involved all other vaccines combined.

Here are the total deaths for all vaccines reported to VAERS, from January through April, during the years 2018-2021:

Mainstream media and the Left chastised former President Donald Trump for his criticisms of draconian state restrictions set in place during the initial “15-day period for social distancing to limit the spread of COVID.” Now, some 15 months into the two-week lockdown, restrictions continue in many blue states, devastating livelihoods and lives. If American freedoms, the foundations of this great country, are to survive, we must remember, become informed, and demand data be released about the risks of not only lockdowns but now these “vaccines.” Recalling how prescient Trump’s warning was back in March 2020, when he said that the coronavirus cure cannot “be worse than the problem itself.”

Annalisa Pesek is a writer, editor, and librarian. She joins The New American after spending nearly a decade in New York publishing.