SOCIALISM WILL BE 2022’S DEFINING ISSUE 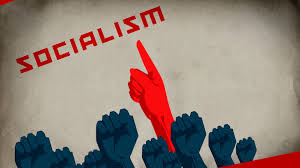 SOCIALISM WILL BE 2022’S DEFINING ISSUE

Idaho has a supermajority Republican Legislature, with Democrats comprising less than 20% of the seats in the House and Senate. Republicans have held the state’s top executive positions for a quarter century, yet Idaho has had a penchant for embracing socialism, government control, and special interest collectivist causes.

This is at the heart of what I expect will shape conversations and debates leading up to the 2022 elections, especially for the Republican primary; it’s already shaping up to be the case in the nascent contests for governor and lieutenant governor. Expect that to be true in many legislative races.

On one side you will find politicians that qualify their conservatism with words like “constitutional,” “compassionate,” or “commonsense.” One might call them “conditional conservatives” if the conservative part were even true. They’re staunchly for limited government except for when they’re against it. Conditions will allow them to side with special interests and government agencies who want more control over our lives on multiple issues and occasions.

Then, on the stump, they talk about how conservative they are, usually punctuating their pro-life or pro-gun stances while hoping no one will know or ask about their votes for growing government spending and regulations—aka more big government. The media will label these individuals as conservatives solely because, like gender nowadays, it only matters if you identify as one.

On the other side are those who truly believe that government is best when it governs least or not at all. They believe that constitutionally-protected rights mean something always and forever, even when there’s an emergency. Their default is to reject additional programs or regulations or taxes. They believe the government is too big as it is and, if anything, should be made much smaller. They’re super skeptical of programs created under the auspices of good intentions. They’re pro-life and pro-gun also, but they reject centralized authority, especially an economy controlled by politicians. And they support self-determination and a free society. They’re actual conservatives but they are the ones the media labels “extremists” because they support freedom.

Big government politicians from both major political parties will roll their eyes and claim what I’ve said is not true, but there is a reason why Idaho suffers from liberal public policies, and it’s not because the state has an abundance of conservative government officials.

It explains why parents and students in other states enjoy more education choice than Idahoans, why Idaho’s colleges and universities have adopted a social justice agenda, and why our state passed the weakest anti-critical race theory law in the nation. It is why you and I as taxpayers continue to pay for the propaganda of National Public Radio and Idaho Public Television.

It is why your property rights, your ability to earn a living, and your other constitutionally-protected freedoms are continuously under assault. It’s why the state continues to accept billions of dollars from the feds, essentially making Idaho little more than an arm of President Joe Biden’s administration.

It is why Idaho’s response to the China virus was to shut down the economy, divide people into essential and nonessential, and force people to wear masks.

This didn’t just happen. We’ve been going down the road to socialism for a long time now. It’s up to Idahoans to pay close attention to candidates and ask a lot of questions of anyone seeking your support in 2022, because there’s never been a better time to get Idaho back on track toward embracing the freedoms that made America the greatest country there ever was.