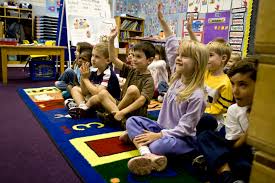 The Idaho State Board of Education will meet tomorrow, June 16, to consider legislative ideas for the 2022 legislative session including increasing spending by what will likely be millions of dollars to fund a statewide full-day kindergarten program. Such programs provide negligible short-term results to students, limit parental choice, raise the cost of stay-at-home parenting and will do nothing to fix Idaho’s schools.

The debate over implementing state-wide full-day kindergarten in Idaho has been a contested topic for years. In the 2021 legislative session, House Bill 331 was introduced, a full-day kindergarten proposal that would have increased education spending by $42.1 million. The bill died in committee, but the SBOE is trying to reignite the debate.

The study also found that these programs “may actually be detrimental to mathematics performance and nonacademic readiness skills.”

A study published in the Economics of Education Review found that “full-day kindergarten has sizeable impacts on academic achievement, but the estimated gains are short-lived, particularly for minority children.”

The Center for Evaluation and Education Policy (CEEP) at Indiana University looked at 1,886 kindergartners in a large Indiana urban school district and analyzed their third-grade test scores in math and language. Researchers concluded, “The differences between full and half day students are negligible.”

Negligible is not exactly the result you expect in exchange for millions of taxpayer dollars a year.

Increasing spending for full-day kindergarten therefore raises the cost of stay-at-home parenting and imposes a higher financial burden on those who choose not to have children.

This expansion of the education monopoly will hamper the marketplace and drive up prices for private alternatives to after-school education and care, too. Currently, Idahoans have many choices for after-school day care and other education programs, such as the YMCA or Boys and Girls Clubs. Many two-parent working homes rely on extended family or friends for help with after-school care as well. Parents seeking other options will find their choices among alternative education options are limited and worse as the government assumes more control over the education sector.

Privately funding full-day kindergarten programs is a reasonable way to test out the demand and results without imposing costs on taxpayers. For two years in a row, the J.A. and Kathryn Albertson Family Foundation has given a $1.5 million grant to the education nonprofit BLUUM to fund an all-day kindergarten pilot program at 17 different Idaho schools of choice. Another example is the Boise School district, where 20 out of 32 elementary schools offer full-day kindergarten by charging parents up to $250 per month for student tuition. This strategy maximizes parental choice and ensures such programs will not be maintained or continued over time unless parents see improvements in academic achievement.

However, it is a legitimate question to consider whether the content and quality rather than “seat time” in our existing public school system is the reason some students fall behind. According to the Nation’s Report Card, only 37% of Idaho 4th graders tested proficient or better in reading, and only 43% tested proficient or better in math. If existing seat time is not producing high quality academic results, how could more hours in those same classrooms lead to increased academic achievement for struggling students?

Children struggle academically due to schools providing a poor educational foundation suited to their needs, not because they need more seat time in school.

Before spending tax dollars on extending school hours, public officials must improve the existing academic rigor of our schools and allocate the $9,294 of Idaho’s per-student spending more efficiently and effectively. Currently, less than 3% of operating dollars are allocated to schools based on students. This needs to change.

Statewide publicly-funded full-day kindergarten proposals will invest millions of taxpayer dollars in a program whose benefits disappear by third grade. Once created the state must figure out how to continue subsidizing the program for subsequent years and costs to the taxpayer could escalate. Parental choice will be restricted and the educational marketplace will be hampered by a growing government monopoly. Most concerning, the cost of stay-at-home parenting will rise. Shouldn’t public officials be focusing education resources on programs that can make a lasting difference and give parents maximum choice for their child’s learning?