Follow the Money: Chinese Masks & Destruction of US Energy 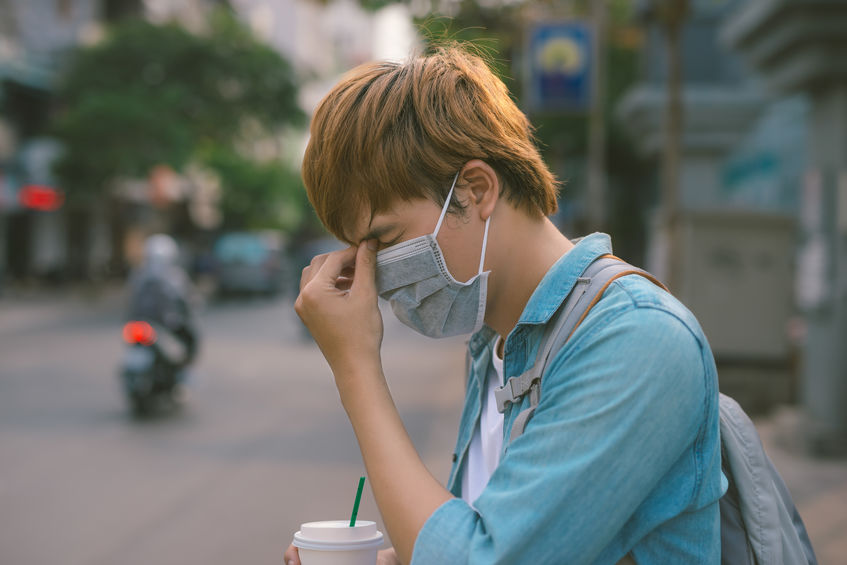 Mandated “face diapers,” as critics call them, are now ubiquitous throughout much of the world

Follow the Money: Chinese Masks & Destruction of US Energy

When you follow the money behind the toxic chemicals on masks, you open a giant can of worms.

I was recently shown some videos of people who were very upset because their Covid swabs were made in China and sterilized with a chemical called ethylene oxide. Ethylene oxide is a colorless and flammable gas that is a proven carcinogen.

The US Environmental Protection Agency (US EPA) estimated in 2016 that for low doses, the inhalation of ethylene oxide could increase an individual’s lifetime cancer risk and chronic exposure to ethylene oxide is also mutagenic.

Ethylene oxide has been used for medical device sterilization for years, but I still worry about the people who have had to undergo repeated swab testing due to work and/or school requirements for covid testing. I’m sure that someone on the Dr. Fauci team found it acceptable in a risk assessment study. But why China?

As troubling as this is, I decided to follow the money instead of following the conspiracy, and what I found was shocking. The following information comes from fda.gov, The Irish Times, and iqoxe.com.

October 1, 2019, the Sterigenics contract sterilization facility in Willowbrook, IL, announced that they will not reopen.

August 26, 2019, of the Sterigenics contract sterilization facility in Atlanta, GA, will close while it undergoes new construction.

January 14, 2020 the only producer of ethylene oxide in Spain exploded.

With all these production facilities closing right before the global pandemic hit, who could be taking up the slack on ethylene oxide? According to a Chemical & Engineering News magazine article dated February 16, 2020, an easing trade war between China and the U.S., Chinese stock in Zhejiang Satellite Petrochemical jumped as they will be using American ethane to produce ethylene oxide in their Lianyungang plant approved by their government in August of 2019.

Ethane is produced through the refinement of natural gas. According to the U.S. Energy Information Administration, export of ethane to China went from zero in May of 2019 to 93 thousand barrels per day in March of 2021. This same source identifies China as exporting their own ethane, so why import American ethane? With ethane now being an important and valuable export, who could be exporting this amazing amount of ethane to China?

According to an article at spglobal.com dated January 19, 2021, the largest single shipment to China of ethane was provided by Energy Transfer Partners.

Energy Transfer is organized in Delaware and headquartered in Dallas, Texas. Many Texas residents know Energy Transfer for price gouging customers of natural gas during the winter storm that shut down their power grid along with other companies like JP Morgan.

Energy Transfer has also been tied to other controversies like financial shenanigans, storing hazardous liquid mercury without a permit, and connections to Glenn Dubin accused pedophile and friend of Jeffery Epstein.

Energy Transfer also fell under attack when it was revealed that company CEO, Kelcy Warren owner of a private island near Roatán, Honduras, donated $103,000 to President Donald Trump’s 2016 campaign, but what most people don’t know is, he also donated $6 million to Trumps competitor, Rick Perry. In January 2020, former Energy Secretary Rick Perry rejoined the company’s board. Did you know that prior to 1989 Rick Perry was a democrat? I didn’t.

Unfortunately, the twisted web of greed and China does not end there. The sponsor of the Keystone XL pipeline, Calgary based TC Energy, recently ended the contracts to complete the XL pipeline. Don’t worry, because TC Energy is not in trouble because of the closing thanks to the Coastal GasLink Pipeline.

This pipeline will cross the Canadian Rockies to export liquefied natural gas to “Asian” customers and is expected to be completed in 2024. The Coastal GasLink Pipe line is partners with Shell Oil, Korea Gas Corporation, Mitsubishi Corporation and PetroChina Company Limited.

PetroChina is a Chinese oil and gas company and is the listed arm of state-owned China National Petroleum Corporation (CNPC), headquartered in Dongcheng District, Beijing and is currently Asia’s largest oil and gas producer.

After being shown pictures of pallets of masks made in Wuhan China on a dock in central Ohio at the beginning of the pandemic, I was not surprised about a majority of our covid medical supplies coming from China. I was surprised to learn that under the larger story of covid, that there is a direct connection to the destruction of American oil production to the benefit of China.

If anyone was truly interested in finding out why American politics have become an insane asylum, all they have to do is follow the money instead of leaving it to someone like me with an out of date laptop and a sketchy internet connection to find the truth.