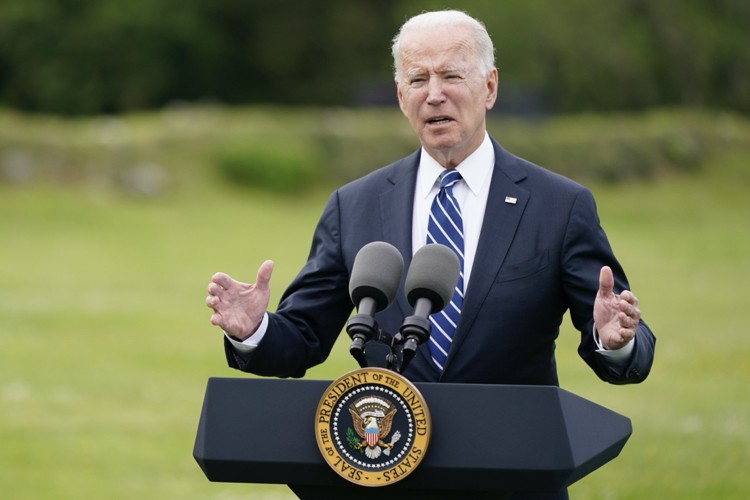 As Joe Biden attends the Group of Seven (G-7) summit in England this weekend, he seeks to put an end to the America First agenda that characterized the Trump administration’s approach to foreign policy.

The signal from Biden is that the United States will be much more open to international partnerships and initiatives than it was under his predecessor.

“Biden’s taking a much less isolationist approach [that] will spur that good will and he needs to keep doing that,” said John Hudak, who serves as a senior fellow at the left-wing Brookings Institution, before the summit got underway.

“This summit is the first big step in showing the world that America is back to the position it once held,” Hudak added.

The Biden way of conducting foreign affairs differs from President Trump’s, which was often a relatively “tough” one which included demands that allies pay their fair share for regional defense spending for which America provides the bulk of capital and services.

By contrast, Biden’s first formal action on his G-7 trip was to announce an update to the Atlatic Charter with British Prime Minister Boris Johnson. The charter, a World War II-era document, lays out shared commitments from U.S. and U.K.

“Our revitalized Atlantic Charter, building on the commitments and aspirations set out eighty years ago, affirms our ongoing commitment to sustaining our enduring values and defending them against new and old challenges,” states the new joint document. “We commit to working closely with all partners who share our democratic values and to encountering the efforts of those who seek to undermine our alliances and institutions.”

Biden’s take on world affairs mirrors that of his former boss, Barack Obama, a multilateralist who spearheaded the Iran Nuclear Deal and who entered America into the Paris global climate-change agreement. President Trump pulled the United States out of the climate agreement, but Biden has now reversed the exit — a turn of events that highlights the volatility of American foreign policy in an age of such drastic ideological differences between the Trump wing of the Republican Party and the Democratic Party.

Biden is trying to assure foreign leaders that the aggressive America First-ism of the Trump era is no more. Rather, “America is back.”

Highlighting the new focus on multilateralism, the White House on Friday announced that German Chancellor Angela Merkel will visit in July, which the Biden administration hopes will “affirm the deep bilateral ties between the United States and Germany.”

Merkel, who some consider the de facto leader of the European Union and the face of globalism, had a rocky relationship with Trump, who once threw her candy and said, “Don’t say I never give you anything.”

Biden’s team reportedly believes the Trump administration was disastrous for U.S. relationships with other countries. Immediately upon entering office, Biden scrapped the Trump travel ban, which had placed restrictions on the entry of individuals from 13 countries known for being terrorism hot zones.

Bidens’ actions have opened him up to criticism from the Right that he is putting the interests of foreign nations and international policy wonks ahead of his own countrymen.

“People were not happy with Obama at the end of the years,” Heritage Foundation Vice Presidentg James Carafano said. “In the end, they were incredibly disappointed because of the substance of policies. And that will be true of Biden.”

Biden has also taken heat for appearing to be weak on China. As TNA has previously reported, one of his major actions on Day One in the White House was terminating a Trump-era executive order that kept China out of America’s bulk power systems. He also killed the Keystone XL pipeline, which detractors say weakened American energy independence.

The Biden administration is filled with individuals who have ties to Communist China. Bill Burns, the current Biden-picked CIA Director, has over a decade-long relationship with the China-United States Exchange Foundation (CUSEF) and other groups linked to the Chinese Communist Party (CCP).

CUSEF is an important part of the CCP’s United Front effort to “co-opt and neutralize sources of potential opposition” and encourage foreign actors to “adopt positions supportive of Beijing’s preferred policies.”

These major departures from the Trump administration raise the question: How will America — and the world — look after four years of Biden?