THE REAL THREAT TO DEMOCRACY 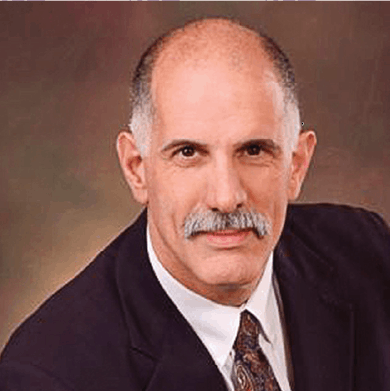 THE REAL THREAT TO DEMOCRACY

The Idaho Statesman reports that Senate President Pro Tem Chuck Winder called the Idaho Freedom Foundation “one of the biggest threats” Idaho has to its democracy. The Statesman, apparently lacking any morsel of journalistic curiosity failed to ask the essential question “How does the IFF pose this threat?”  Obviously if such an extreme danger was present then the mechanism of that threat would be apparent, wouldn’t it? Apparently not.

The Idaho Freedom Foundation is a policy think tank that publishes position papers and talking points. Their flagship product is the Freedom Index which scores legislator on their voting record.  The process that creates the Freedom Index is transparent and involves ranking legislation based on twelve metrics such as; does the bill increase taxes, does it increase regulations, does it create a new government agency, etc. These metrics are available on the IFF website for all to see. The bills are scored and when a legislator votes for that bill they get that score. Simple. No “backroom deals”, no “quid pro quo”, no lobbying. At the end of the legislative session the scores are published and everybody finds out where the legislators sit on the spectrum from Higher Taxes-More Government-More Regulation to Lower Taxes, Less Government-Fewer Regulations.

Chuck Winder’s Freedom Index score is tied for last place among Republicans in the Senate. Winder’s penchant for spending your tax dollars and his low Freedom Index score puts him among the bottom half of Democrats in the Senate.   Keep in mind that Winder, as the President Pro Tem of the Senate, is among the small handful of legislators that collectively are known as “Leadership”. Leadership runs the show, they assign chairmanships and memberships of the various committees and have absolute power over which bills see the light of day and which bills see the inside of a drawer.

Our Republican form of government involves democratically elected representative legislators who convene once a year to do the people’s business. Legislators submit the will of the people, in the form of new legislation (bills) for consideration and those bills follow a path through the legislature. At any point the leadership can halt a bill, halt the will of the people, and consign it to a committee chairman’s drawer. No amount of “democracy” can trump the edicts of leadership.

Boise is a hotbed of lobbying and lobbyists are paid to help advance the legislation preferred by their clients. Because of their power, members of leadership are low hanging fruit for lobbyists, as long as leadership can deliver the goods. IFF’s Freedom Index causes legislators to want to vote in a way that is consistent with their conservative campaign rhetoric so it would take more political capital to cause legislators to vote the other way.

Let’s make a rational comparison. On the one hand you have IFF, a non-profit, think tank organization. The IFF publishes position papers, talking points, the Freedom Index, and occasionally gives testimony in committee hearings. On the other hand you have leadership who can advance or stop a bill on a whim, who has significant “Let’s make a deal” power over the members of the legislature, and who can make or break the power of any member. “Nice chairmanship you got there. It would be a shame of anything happened to it. You wouldn’t have a problem voting yes on this bill, would you?”

If “democracy” is the realization of the will of the people then any rational person can see that IFF’s threat is nonexistent compared to the power wielded by Winder and others in leadership. So why does Winder see IFF as a threat? Perhaps because IFF is a threat, just not in the way Winder says. If we define “democracy” not as “the will of the people” but rather as “the will of people in leadership”, everything falls into place.

Brent Regan is Board Chairman of Idaho Freedom Foundation.