Is Black Privilege a Problem? 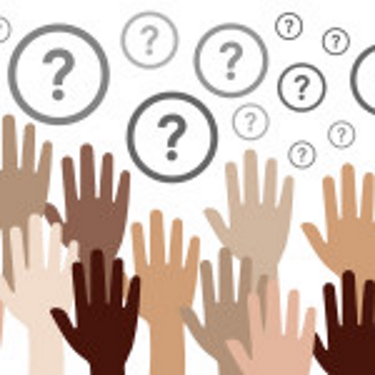 Is Black Privilege a Problem?

Ever since Jacksonville Jaguars coach Urban Meyer gave Tim Tebow the green light to try out for a tight end position with the team, racism flame-throwers have been apoplectic.  ESPN drama queen Stephen A. Smith added to his already impressive race-baiting credentials by insisting that Tebow getting another opportunity to play in the NFL after a nine-year absence is the epitome of “white privilege.”

At the same time, Smith and many others on the left believe that Colin Kaepernick has been blackballed from the NFL because of his skin color.  Funny that Smith should choose that word to describe Kaepernick’s situation, because blackballing is precisely what many people believe happened to Tim Tebow after he led Denver to the AFC championship game in 2012 by throwing an 80-yard touchdown pass in overtime against Pittsburgh.

Notwithstanding his heroics, then Denver GM John Elway traded Tebow to the New York Jets, and Rex Ryan, the remarkably incompetent coach of the Jets, sat him on the bench most of the season, then finally cut him from the team.  Seems as though Tim Tebow’s white privilege suddenly deserted him.

The truth about why Tim Tebow was pushed out of the NFL was that he openly displayed his Christianity, something that is frowned upon in a league that now looks to Black Lives Matter for inspiration.  In a sport riddled with a disproportionate number of thugs, Tebow is also disliked by many not only for being “too religious,” but too well-mannered as well — what many would think of as the quintessential all-American boy.

Colin Kaepernick, on the other hand, chose a different route when he was benched for his poor play in San Francisco.  Shortly after his benching, he refused to stand for the National Anthem, which made him infamous overnight.  He then ratcheted things up by wearing socks featuring pigs in police uniforms, then followed that up by wearing a Fidel Castro shirt.

As publicity about his tasteless antics heated up, Kaepernick doubled down on his anti-American rhetoric, which turned off many NFL fans.  Frustrated and angry, he ultimately sued the NFL for conspiring to keep him out of the league.

The result?  NFL resident moron Roger Goodell praised Kaepernick for his offensive behavior and invited him to become an advisor to the league.  In addition, Nike built an entire brand around Kaepernick, which undoubtedly made him far wealthier than he was as an NFL player.

Unfortunately, Stephen A. Smith is not alone in his race-based view of the world.  The BLM crowd agrees that Kaepernick’s not being signed by an NFL team while Tim Tebow is being given another chance with the Jacksonville Jaguars is the epitome of white privilege.

The whole thing, of course, is nonsense.  The harsh truth is that no NFL team has signed Kaepernick to a contract primarily because he’s a malcontent who traffics in victimization.  Why in the world would any organization want someone on its roster who hates America, promotes the lie that America is a systemically racist country, and gives the middle finger to the fans who pay his salary?

Speaking of privilege, one could make an argument that the fact that nearly 70 percent of the players in the NFL are black is a sign of black privilege.  Ditto with the NBA, with about 80 percent of its players being black.

Or how about Barack Obama twice being elected to the highest office in the land, notwithstanding his complete lack of experience, his incompetence, and his well-known connections to American haters like Louis Farrakhan, Reverend Wright, and Bill Ayers?  Obviously, none of these things represent black privilege any more than Tim Tebow’s getting another chance to play in the NFL represents white privilege.

I do however, agree with Stephen A. Smith on one thing:  Tebow would not have been given another opportunity to play in the NFL had Urban Meyer not been his college coach at the University of Florida.  That said, having a special connection with a coach has nothing whatsoever to do with racism, white privilege, or black privilege.  Special connections are a part of life, and everyone, regardless of race, works at making those connections.

Nevertheless, and notwithstanding a total lack of evidence, the white-privilege narrative is relentlessly pushed by Democrats 365 days a year.  Why do they continue to harp on something that is so blatantly false?  Because it works!  Low-information voters are easy marks not only for guilt-ridden white suburbanites who endlessly virtue signal about systemic racism, but also for black elitists.

For years, Utah congressman Burgess Owens has outed black elitists, African-Americans who are all too willing to sell out other blacks in exchange for money and power.  Black elitists are today’s version of the despicable kapos, Jews in Nazi concentration camps who were assigned the task of keeping their fellow prisoners in line.

There is, however, one big difference between the two.  The kapos in Nazi concentration camps were under the threat of torture and death.  Elitist blacks, however, are under no such threats.  They are self-motivated to use downtrodden, uninformed blacks as pawns in their relentless quest for wealth and power.

Thus, people like Michelle and Barack Obama, Kamala Harris, Maxine Waters, and Jim Clyburn are not recipients of black privilege.  They are simply black elitists.  As they have demonstrated through their actions, they care nothing about the plight of poor blacks.  Money and power are their gods, which they try to disguise through virtue signaling and projection.

The problem, then, is neither white nor black privilege.  The real problem is white and black elitists who excel at making fools out of everyday Americans.  Wouldn’t you love to see some Republican have the courage to stand up and say that the next time the subject of white privilege is brought up in Congress?  No, I’m not asking you to hold your breath.