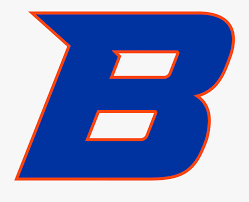 It should be obvious that Boise State University’s “independent” investigation into problems with the school’s mandatory racism and intolerance class known as University Foundations 200 was just a public relations ploy.

Launching the investigation got lawmakers temporarily off BSU’s back while the school’s budget was under review. Releasing a summary of the investigation’s findings last week was just clever enough for an inept state press corps to conclude that BSU is doing nothing relative to critical race theory and social justice indoctrination. In that regard, it was more than BSU President Marlene Tromp and her team could have hoped for.

Idahoans should remember that it was BSU that hired the Hawley Troxell law firm, which makes the school the firm’s client. There is, therefore, nothing independent about the firm’s review or its conclusions. No law firm is hired to conduct a review that would draw scrutiny for its client. A truly independent review could have easily been conducted, but it was not. It’s stunning that not a single Idaho journalist has questioned the propriety or thoroughness of an investigation in which the accused selects the investigator.

While Hawley Troxell has released its summation of findings into its client’s classes, the actual investigation documentation has not been released and probably won’t be. This includes untold pages of interviews, emails, memos, and other documents that ordinarily would be open to public scrutiny. By having a law firm conduct the investigation, BSU can and probably will claim attorney-client privilege to bar the release of evidence under Idaho’s public records law.

Since the media keeps hyping the report as conclusive that there’s no campus indoctrination underway, it is worth repeating that the law firm conducted an investigation into one complaint about an incident that supposedly occurred in one class in March. But our concerns about what’s taking place at BSU and the University of Idaho predate that single occurrence. In December and February, the Idaho Freedom Foundation released more than 60 pages of documentation proving that the majority of students at Boise State and the University of Idaho have to undergo social justice training in order to obtain a degree. That’s a fact that Hawley Troxell was not asked to explore.

So while this “investigation” did not substantiate the complaint that was the focus of its review, the fact remains that BSU still has a mandatory diversity and inclusion training program that is designed to teach that America is inherently and irredeemably racist, and its political and economic systems are also racist and must be torn down.

Our colleges and universities are teaching that systemic racism underpins capitalism, property rights, freedom of speech and assembly, religious freedom, and other constitutionally-protected rights. That’s why defenders of this indoctrination teach that such systems must be torn down and replaced. It was this mindset, this culture on Idaho’s college campuses that led students, with the aid of BSU administrators, to chase a coffee shop off campus because its owner is pro-police.

BSU maintains campus programs and courses that emphasize systemic racism as an underlying theme. So does the University of Idaho. That was true, before and it still is true. That’s what we’re fighting to stop. It’s always been about more than one class or one complaint.

BSU has produced nothing that merits a change or discontinuation of our efforts. If anything, it has shown once again that college and university elites, aided by their friends in the media, will stop at nothing to keep indoctrinating Idaho students. At least for as long as we let them.