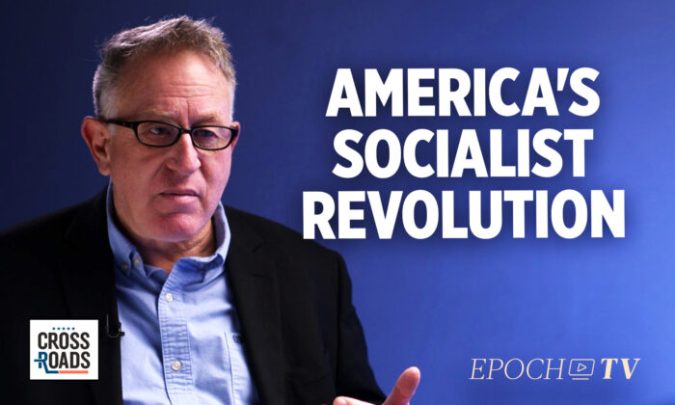 By Ella Kietlinska and Joshua Philipp

America is now in the midst of a communist revolution that is trying to centralize power through bringing every element of the U.S. government, from the lowest levels to the top, under the control of the executive branch, said author and filmmaker Trevor Loudon.

“And this is guided by socialists. I believe it’s guided by the Communist Party of China,” Loudon said. The revolution uses race “rather than class to overturn the existing structures of society and start something new.”

Marx’s theory of exploitation divides people into two opposing classes, the bourgeoisie with capital that oppresses the proletariat and the working class.

Because there is mobility between classes, as workers can buy equity in a company or start their own businesses, this theory has not gained much support in America, but race can be used to divide American society because it cannot be changed, Loudon said.

The Occupy Wallstreet Movement of 2011 evolved on the basis of class oppression with a goal to fight back against the wealthiest 1 percent of people on behalf of the remaining 99 percent of the population. Although the movement gained some momentum, it eventually failed, Loudon continued.

However, “you have multi-million millionaire black football players complaining about white oppression,” he said.

President Joe Biden “is using race as a way of breaking down the existing power structures in the military, and in society in general,” Loudon said.

Breaking Down Military and Police 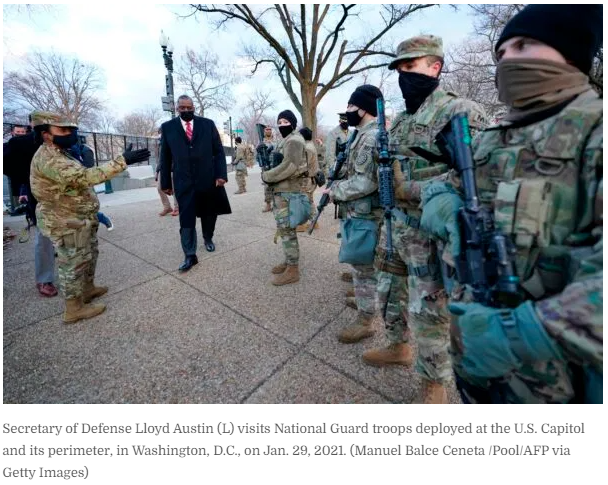 Defense Secretary Lloyd Austin ordered in February a one-day “stand down” in the military to assess extremism and racism within the ranks of the armed forces and directed military commanders to spend time talking to their troops about extremism.

According to a Pentagon report (pdf) published in March, domestic extremists pose a serious threat to the U.S. military by seeking to add service members to their ranks and joining the armed forces to boost their combat skills.

“In addition to potential violence, white supremacy and white nationalism pose a threat to the good order and discipline within the military,” the report states.

The goal of these policies is to create a military that is loyal to the new regime and to the new socialist America, Loudon explained.

Therefore, the military needs to purge or minimize its lower base and bring in many more people of color, leftists, and people who will be loyal to the new regime, Loudon said. The leadership of the U.S. military had already been changed during the Obama administration when loyal generals were replaced with political hacks, globalists, and leftists, he said. 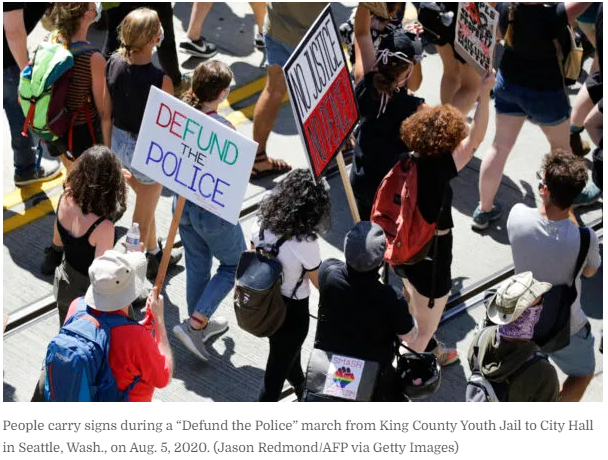 Calls from radical left-wing groups such as Antifa and Black Lives Matter to “defund the police” serve the same purpose, according to Loudon.

The intent behind the “Defund Police” movement is to eliminate patriotic, conservative elements in the police forces, which are largely run by patriotic people, and make the police loyal to a socialist government, making it more like the communist police in Venezuela or Cuba, which can be used to quell revolts, Loudon said.

A big stumbling block on the road to socialism is the conservative governors and the conservative sheriffs, Loudon explained. The sheriff is one of the most important positions in America and county sheriffs who are loyal to the Constitution can protect their counties from unconstitutional regulations imposed by the federal government, he continued.

Although Biden disagrees with calls to end the police, he urged the Senate to pass a police reform bill that would ban controversial police tactics such as chokeholds and no-knock warrants and eliminate qualified immunity for law enforcement officers, making it easier for citizens to pursue claims of police misconduct.

During his presidential campaign, Biden promised to create a national police oversight commission, but recently he suspended this plan and instead has pushed for passing the police reform bill. 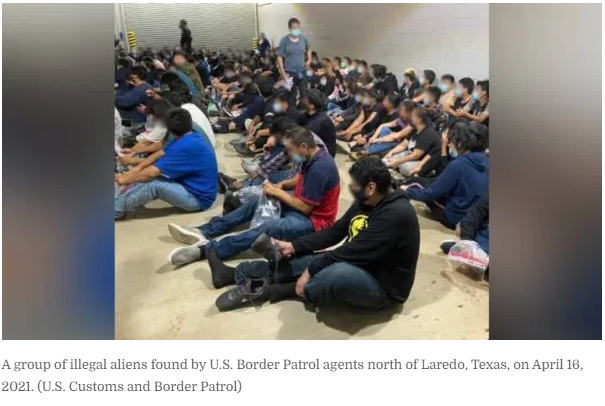 Encouraging illegal immigration on the Southern border is also a communist strategy aimed at creating “a massive voting bloc” for the Democrat Party aimed at transforming America into a one-party state, Loudon said. “The whole plan is to swamp the conservative voting base.”

“Most of the elections are won or lost by 5 million votes or less” Loudon said, adding that 18 or 20 million new Democrat voters can make conservative states such as Texas or Arizona “permanently blue.”

Massive infrastructure spending will sink the U.S. dollar, causing an increase in interest rates and destroying U.S. business, Loudon said. “The new infrastructure will be there to absorb the workers who are displaced, so everybody will be put on a subsistence level wage, like a universal basic income … [it is] building an army of young people totally dependent on the state.”

“It is a program that Stalin would have been proud of. It will end the energy industry as we know it in this country, it will destroy the economy, destroy the U.S. military budget,” Loudon said.

Biden proposed a $2.3 trillion infrastructure package, also known as American Jobs Plan, which aims at not only at fixing roads and bridges, but also facilitating the shift to cleaner energy and expanded social welfare.

The infrastructure package, together with the $1.8 trillion family and education package and the $1.9 trillion COVID-19 relief package, amount to a total of $6 trillion in new spending and exceeds about 4 times the total federal budget, according to Sen. Mitt Romney (R-Utah).

The goal of all these policies is a complete destruction of the American constitutional republic, Loudon said, adding that the ultimate goal is world communism.

Loudon predicts that the United States is heading toward a socialist model that will be a cross between the Chinese system and Brazil’s under former communist president Luiz Inacio Lula da Silva, known as Lula.

“Brazil has a sort of racial makeup similar to the United States … Lula played those ethnic minorities off against each other, and he elevated some at the expense of others to bring about his revolution. … But the ultimate model is the Chinese model,” Loudon said.

The American elites and the American globalists like the Chinese model because it brings an authoritarian state which can keep workers under control while still allowing room for rich people to make lots of money, Loudon said. He thinks however that they eventually “will be lined up against the wall and shot like everyone else who bucks the system.”

But Loudon believes the American people can still stop the revolution and reverse socialist trends. He outlined his strategy to do this in an article written for The Epoch Times.

According to Loudon’s advice, states that have Republican legislatures or good governors like Ron DeSantis in Florida and Greg Abbott in Texas should form a coalition of states to counter unconstitutional actions of the federal government, but not secede, Loudon said.

The battle against socialism “has got to be fought politically, intellectually, and spiritually; we got to understand that we’re in a battle, here, between good and evil. You’ve got to choose which side you are on,” Loudon concluded.

Tom Ozimek and Isabel van Brugen contributed to this report.