Gutting Education in Nazi Germany and the Democrats’ America 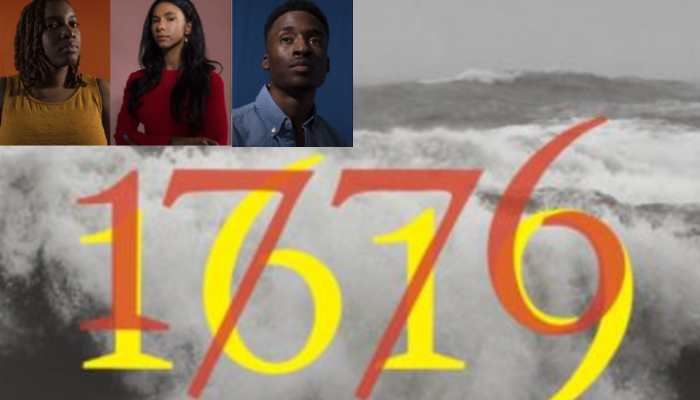 Hitler Youth Movement: Shamefully, adults used them as cannon fodder right up until the very end.  It’s what tyrants do

Gutting Education in Nazi Germany and the Democrats’ America

America Today: “The 1619 Project is an ongoing initiative from The New York Times Magazine that began in August 2019, the 400th anniversary of the beginning of American slavery. It aims to reframe the country’s history by placing the consequences of slavery and the contributions of black Americans at the very center of our national narrative.”  (Source NYT)

Germany 1933-45: “Success in shaping the ‘body and soul’ of future Nazis depended on teachers’ commitment to Nazi principles – chief among them a view of human nature centered on race and struggle, a belief in absolute Aryan superiority, and a communitarian ethos anchored in Volk and Fuhrer. Ethnic identity was enhanced by a long list of antipathies: contempt for Jewry and all lesser races, scorn for universal humanism, and hostility to Christianity.”  (The Nazi Conscience, Claudia Koonz, 2003, p. 131.)

In rollout timing, the 1619 Project was a precursor to the Critical Race Theory (CRT). But CRT’s existence pre-dates 1619 by decades. Today, 1619 is being taught in schools across America.

Three black young adults pictured in the Times rollout of 1619 are graduates of Howard Law School.  None looks particularly happy about, or proud of, that achievement.  The caption accompanying their pictures reads: “Their ancestors were enslaved by law.”  They clearly remain angry about the past.

Along with the current victims of slavery, we find the credo of 1619.  Its pieces appear below, bolded one at a time, with a response from this writer.

“Our democracy’s founding ideals were false when they were written. Black Americans have fought to make them true.”

The ideals were not false. Their content was aspirational at the time of the nation’s founding.  Americans fought a Civil War, to advance toward their actualization, wherein approximately 600,000 mostly white people died. The Union was not born perfect.

“Myths about physical racial differences were used to justify slavery – and are still believed by doctors today.”

This is an example of collective libel leveled against all physicians. (Where is the pushback from the AMA?)

What does a traffic jam in Atlanta have to do with segregation?

“If you want to understand the brutality of American capitalism, you have to start on the plantation.”

Slavery wasn’t based on capitalism. Plantations were no more capitalist enterprises than the scores of camps that made up The Gulag Archipelago.

“America holds onto an undemocratic assumption from its founding: that some people deserve more power than others.”

Is the NYT suggesting that power should be equally distributed among all people? Is the Times editorial staff vested with undeserved power over the paper’s reporters?  And, on pay day, do all Times employees receive identical checks?

“For centuries, black music has been the sound of artistic freedom. No wonder everybody’s always stealing it.”

Does “everybody” include other black performers? The web is full of suggestions on how music artists – of all colors – can protect their intellectual property rights. To understand that, the Times can start reading here.

“What does a traffic jam in Atlanta have to do with segregation? Quite a lot.”

A traffic jam in Atlanta, as in all large cities, can be due to any number of causes: too many vehicles; a traffic accident that slowed or stopped movement; an active shooter firing randomly at vehicles; even a collapsed bridge that missed being replaced when the Obama-era stimulus package found that infrastructure projects were not as “shovel ready” as advertised.

Times does not traffic in historical truth

“Why doesn’t the United States have universal health care? The answer begins with policies enacted after the Civil War.”

A more current and relevant explanation begins with the belief among most Americans that the Federal Government is not sufficiently competent to take control of the nation’s Health Care System.  Neither the US Postal Service nor Amtrac operate on a balanced budget – not to mention the federal gov’t annual expenditures which, yearly, exceed its income.

“The sugar that saturates the American diet has a barbaric history as the ‘white gold’ that fueled slavery.”

“Slavery gave America a fear of black people and a taste for violent punishment. Both still define our prison system.”

How does the Times propose to level the wealth gap? Reparations, as proposed by the author of The Project?  Should Hispanics and Asians also pay reparations? And Native Americans, too?

Unfortunately for its readers, the Times does not traffic in historical truth.  And it hasn’t for a very long time. Yet, the 1619 curriculum is being taught in K-12 classes all across America, in over 4,500 schools.

We have to look back in time, and elsewhere in history, for a brainwashing on this scale.

Besides being a member of the World War II generation of German youth, and the daughter of Nobel Prize winner Thomas Mann, Erica Mann wrote, in 1938, a book entitled Schools For Barbarians: Education Under the Nazis.  She wrote these words on the brink of the Second World War.

“The Fuhrer’s best bet lay, from the very beginning, in the inexperience and easy credulity of youth. It was his ambition, as it must be any dictator’s, to take possession of that most fertile field for dictators: the country’s youth. Not because of the ignorance of the young, but because whoever has them has the adults of tomorrow, and can flatter himself that he is lord of the future.” (Mann, p. 19.)

His notion of child ownership was later channeled through MSNBC host Melissa Harris-Perry who said, back in 2013, “We have never invested as much in public education as we should have because we’ve always had kind of a private notion of children. Your kid is yours and totally your responsibility. We haven’t had a very collective notion of these {sic} are our children…kids belong to whole communities.”

In 1937 Germany, 97% of the teachers belonged to the National Socialist Teachers League

In 1937 Germany, 97% of the teachers belonged to the National Socialist Teachers League. (Koonz, p. 135.) And, “The teaching profession represented one of the most politically reliable sections of the population.” (Grunberger, p. 364.)

In the U.S., about 1.7 million teachers belong to the American Federation of Teachers, while over 2 million belong to the National Education Association. On June 27, 2018, the Supreme Court of the United States in Janus v. AFSCME ruled that, nationwide, teachers were no longer required to be part of a teachers’ union in order to keep their jobs.

German teachers didn’t have that freedom. As of Spring 1937, they were required to submit an overview of their family tree to keep their job.  No Jews allowed. 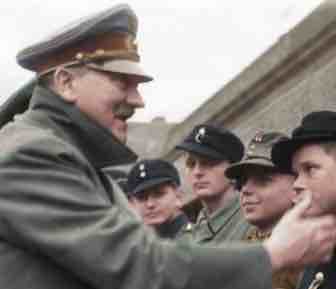 In May 1945, Rust committed suicide as Nazi Germany collapsed.

You likely already know all that you need to know about the Hitler Youth movement.  It didn’t end well for many of the children drafted into the defense of Berlin as the Red Army advanced. Shamefully, adults used them as cannon fodder right up until the very end.  It’s what tyrants do.